E. M. Rose, the author of The Murder of William of Norwich: The Origins of the Blood Libel in Medieval Europe (Oxford University Press) will be inaugural Visiting Scholar in the Program in Medieval Studies at Harvard next term. 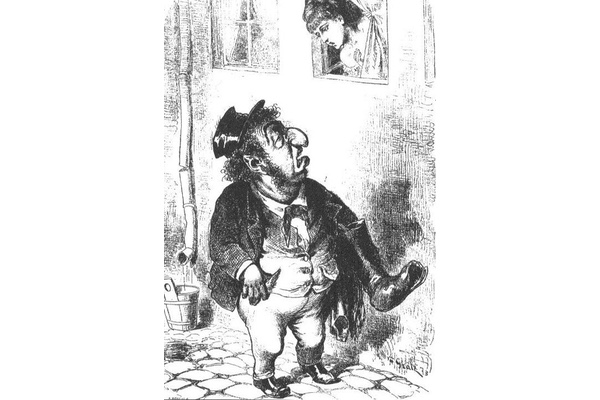 A third year Harvard law student says he knows nothing of the thousand- year demonization of Jews. Husam El-Qoulaq, who challenged an Israeli politician in a public forum at the university for being “smelly,” has apologized. He writes that he was “entirely unaware of the anti-Semitic stereotype” of a smelly Jew, and that “anyone who may have been offended by his comments” should “please reach out.” Should we reach out to him or to the university? Should we be offended by his rudeness and ignorance? Or should we celebrate such a claim of cultural illiteracy? 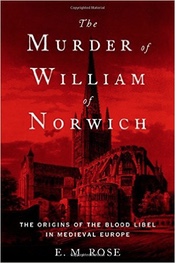 Many will find it implausible that an accusation of this kind, inculcated for centuries and intended to marginalize Jews, has passed this student by. He says he is ignorant that allegations of this ilk have been used to justify forced conversions, expulsions, and executions of Jews for hundreds of years.

This particular charge has a long and sorry history. The tradition goes back to classical authors, such as Ammianus Marcellinus and Martial, who criticized Jews for their smell. In the Middle Ages the purported stink of the Jews was contrasted to the alleged sweet smell of the incorrupt bodies of the saints (“the odor of sanctity”). Medieval clerics such as Caesarius of Heisterbach and Berthold of Regensburg wrote and preached on the “evil odor” of Jews. Their characterizations intentionally linked Jews to the devil and his smells (farting and excrement).

There were significant consequences for such a malodorous charge. Among its manifestations are accusations – especially frequent at this time of year - that Jews used blood to eliminate their supposed odor (the “blood libel”). Even law students apparently do not know of works such as the late medieval Law Book of Buda, which describes Jews as stinky (as well as in many other derogatory words) in order to justify their legal disabilities and inferior status.

In the early modern period, religious motifs were increasingly rationalized and expressed in scientific language. Jews were visually linked with smelly goats and described in bestial terms. The accusation was further elaborated and related to the stench of supposed Jewish maladies and to the (rhetorical) feminization of Jewish men.

The stereotype of inherited smell is related to the construction of race in western civilization, through its connections with assertions of bodily difference, including odor. Notions of this kind hardened during the late Middle Ages and the early modern period into concrete beliefs, which, in turn, were then supported by supposed scientific observations. Assertions of this kind create cultural memories that are repeatedly invoked in learned as well as popular circles. They shape and inform everyday assumptions about “reality.”

The motif appears as a venerable theological concept that only baptism can and will immediately eradicate the Jewish smell. But it was so durable and persuasive that Nazi scientists applied for grant money to investigate the supposed smell through chemical analysis. The notion of Jewish smell was so deeply rooted in social expectations that even some well-meaning and sensible people tried to explain purported Jewish smells as resulting from a spicy ethnic diet.

It is the breadth and depth of such vile constructions, their repetition through history in differing but overlapping forms, and the willingness of those who invoke them to do so unthinkingly, that gives them the illusion of historical approbation. It leads people to think they are “true.”

Words used to denigrate people, particularly those uttered in accusations leveled against others, have the power to harm, and they are meant to do so.  We should expect more from our students and our educational institutions to understand this. Where is the teaching – whether in or outside the classroom -- that will give the lie to hateful beliefs and utterances of this kind?