Pamela Haag holds a Ph.D. in history from Yale University. Her work on a diverse range of topics has appeared in many venues such as American Scholar, NPR, Slate, and the Times (London). She is the author of The Gunning of America: Business and the Making of American Gun Culture (2016). 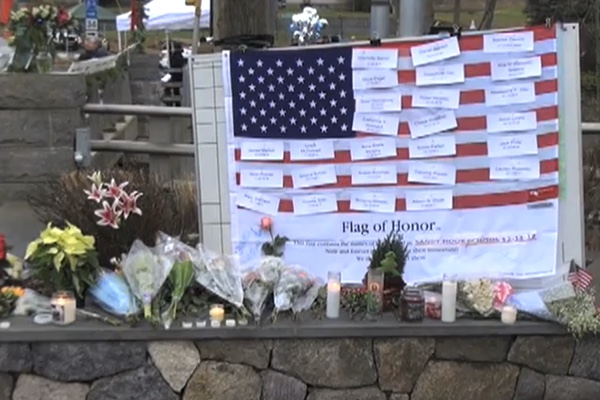 A Connecticut judge has ruled that the families of the Sandy Hook elementary school mass shooting can gather facts to develop a civil action against Remington, the parent company for the Bushmaster AR-15 used by shooter Adam Lanza. If their case goes to trial, it would be a landmark challenge to the 2005 legislation that shields the gun industry from civil liability.

The plaintiffs are arguing that Remington bears some culpability for the shooting because their marketing deliberately targeted teenage males. The plaintiffs hope to gain access to Remington’s highly proprietary marketing plans to instantiate their claims. 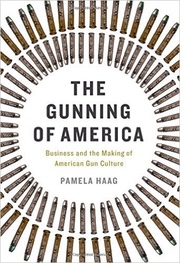 They may or may not succeed. But for the early 1900s, those marketing plans are hidden in plain view, in the historical archive. And they spell out how consciously and energetically the gun industry worked to cultivate the young male consumer in modern times.

The Winchester Repeating Arms Company, for example, developed what they shorthanded as a “boy plan” to encourage gun sales and love in young men.

In 1917, saddled by massive wartime expansion and debt, Winchester wrote a confidential letter to its jobbers and retailers about its postwar ambitions. “You are going to sell more guns this year than you ever sold before!” the company promised. “The need today is for more gun business.” Likewise, “the best way to make…ammunition business is to put more guns into hands of shooters.”

To support sales Winchester embarked on what it characterized as the “greatest commercial venture in the history of this country, probably in the history of the world.” They never lacked for ambition. In 1920 alone, they spent close to a million dollars on advertising.

A centerpiece of this effort was the company’s boy plan. Winchester prepared a letter about the .22 caliber rifle to send to boys between the ages of ten and sixteen. They asked retailers to send a list of the names of boys in their towns, so the company could send the letter to them under the retailer’s name.  The company intended to reach precisely 3,363,537 boys this way.

“Read this letter. Put yourself in the place of a boy of 14. Would you let another day go by before calling on your dealer?” The retailer’s task was to “Put a Winchester into the Hands of Every Youth in Your Town. When the boys and girls of your town arrive at the age of twelve years, they become your prospects.”

The company supported the campaign nationally with extensive advertisement in American Boy, Boys’ Life, Youth’s Companion, and others, as well as magazines such as the Saturday Evening Post.

Some of the boy plan selling points emphasized military readiness, and the idea that boys should know basic marksmanship, and how to handle a rifle safely. Capt. E. Crossman, something of a gun gossip columnist in the early 1900s, praised Winchester for trying to popularize preparedness through marksmanship, “even though it be from a purely business standpoint” and motivation. Other strands of Winchester’s boy marketing sold the gun on more mystical and deeply emotional terms.

In their internal sales publications, newsletters, correspondence, and bulletins to introduce the campaign, Winchester drew on the modern language of psychology. The company emphasized “a boy’s natural interest in a gun,” his “yearning for a gun” as a “natural instinct,” and the “inborn trait of human nature” that aroused a male’s interest in a display of guns and ammunition. This naturalized a boy’s desire to own a gun in a more urban, post-frontier America in which a gun was less necessary to his daily life. The Winchester Record, a company magazine, summarized it as the “the shooting instinct, which is present in most boys and girls.”

The company explicitly tied guns to powerful feelings about masculinity and authenticity at a time when Americans had anxiety about the softening effects of modern life and shifting gender roles. One group of ads claimed that every “real boy” wanted a gun—and that “every real American mother and father” knew that he should have one. Nothing was closer to a “real boy’s heart than shooting.” A lot of self-conscious effort reinforced the ostensibly obvious and irrefutable link between the gun and the “sturdy manliness that every real boy wants to have.”

But Winchester also invited its sales force to imagine a boy’s natural gun love as a by-product of the yeastily proliferating world of matinees, westerns, and the “countless boys’ adventure stories” that complemented the gun industry’s advertising. “Picture a red-headed boy in the front row of the movies. He’s on the edge of his seat, eyes still popping out of his head as the end is written across a … film where Winchester rifles were the star speakers. Up flashes your ‘ad’—boys earning Winchester sharpshooter medals …. What’s he going to save up his quarters for? A Winchester of course.”

It is strange to contemporary ears, but Winchester advised retailers to appeal directly to their “boy customers” and their allowance quarters, not to their parents. It understood that some states had age restrictions on who could buy guns and ammunition, and asked salesmen to write detailed reports about these laws’ provisions and penalties.

Even so, Winchester conceded that part of their boy plan involved “winning over the parents.” “I could sell a thousand rifles to boys,” a retailer complained, “if it weren’t for the parents.”