What Happened to the People Behind the Assassination of Che Guevara?

Jonathan C. Brown is the author of Cuba’s Revolutionary World. 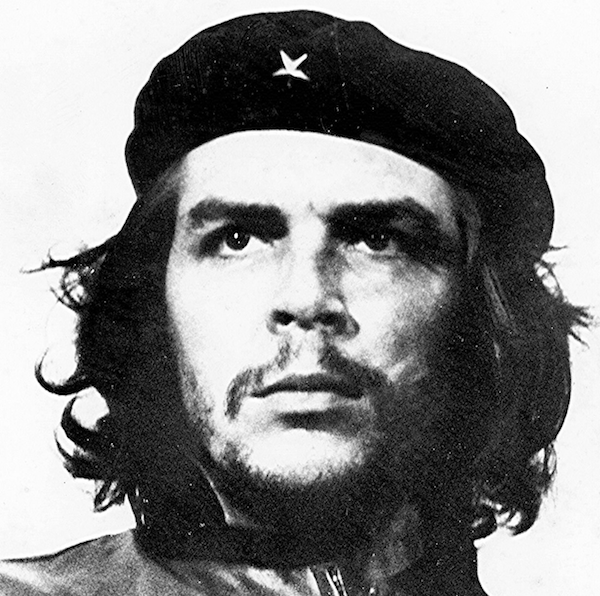 October 9th marks the fiftieth anniversary of the execution of Ernesto “Che” Guevara.

Only one person witnessed Che’s death: the executioner himself, Bolivian Army Sergeant Mario Terán.  “Know that you are killing a man,” Che told him. “Now shoot here, dammit.”  The latter order refers to Che’s exhorting his reluctant killer to aim the rifle at the chest.  The president of Bolivia, René Barrientos, had already announced Che’s death in the previous day’s battle.  The mortal wounds had to appear related to a battle, not an execution.

Guevara came to Bolivia with fifteen other Cuban revolutionary veterans to organize a guerrilla insurrection.  He eventually recruited into his band some thirty Bolivians, four Peruvians, an Argentinean, the famous radical French journalist Régis Debray, and the Buenos Aires-born German women known as “Tania.”  His strategy involved the initiation of several simultaneous rural anti-imperialist movements in neighboring countries that would eventually challenge United States hegemony in the region.   “To create two, three . . . many Vietnams is the watchword,” he wrote. His rebellion in Bolivia was to be the beginning.

In summary, the upraising lasted for about a year and ended up with several Bolivian defections, prison sentences for three foreigners and several Bolivians, and the deaths of all but two of the guerrillas.  Fifty Bolivian army soldiers died in battle.  Moreover, President Lyndon Johnson had responded to a Barrientos request for aid by sending two Cuba-American CIA agents, and seventeen Special Forces trainers.  US-trained troops captured Guevara on 8 October 1967 and carried out the order of execution on the following morning.

President Johnson rewarded Bolivian President René Barrientos with a rare invitation (for a Latin American head of state) to visit the Johnson Ranch in Stonewall, Texas.  The afternoon’s entertainment featured an outdoor Texas barbeque and a frontier pageant along the Pedernales River with covered wagons, cowboys, and faux Indians.  Johnson the cattleman presented Barrientos the aviator with a western saddle.  Not two weeks later, his government in La Paz had to confront a new crisis.  The Bolivia left erupted in protest rallies when several leaks proved the official version of Che’s death to be false.

President Barrientos responded defensively.  He ridiculed Captain Prados and a few other officers who had exposed the falsehood.  They were dismissed from the armed forces.  Antonio Arguedas, interior minister in the president’s cabinet of President Barrientos, had to flee the country for releasing to the press the real story behind the execution of Comandante Che.  His report implicated American officials in Che’s death.  Arguedas’s version of events placed CIA Agent John Tilton at the meeting in which the Bolivian president and generals had decided on Che’s execution.

Finally, photocopies of Che’s guerrilla diary came to light early the following year, when Fidel Castro had it published in Havana.  President Barrientos denounced it as a fabrication. Castro challenged him to compare the Cuban publication to the actual diary still in the possession of the Bolivian government.  Bolivian government spokesmen had to concede the truth of the matter.  A British reporter, Richard Gott, revealed that he had paid a Bolivian general $5,000 for copies of the diary, which eventually ended up in the hands of Fidel Castro.  Interior Minister Arguedas may have been the real source of the diary.

White House adviser Walt Rostow reported that CIA personnel with the Bolivian Army were unable to prevent the execution of Che, which Rostow regarded as “stupid, but understandable.”  Subsequently, President Barrientos compounded his first lie – that Che had died in battle – with more untruths.  Three requests arrived at the Presidential Palace in La Paz for Che’s remains.  One came from Guevara’s brother Roberto, another from Castro, and the third from the President of the Chilean Senate, Salvador Allende.  Barrientos announced that Che’s body had been cremated.  That was not true either.

One of the Cuban-American CIA agents later admitted to burying the corpse in an unmarked grave.  But before “disappearing” the body, Bolivian officials wanted to make sure they really had the real Che Guevara.  They sawed off both hands.  A Bolivian military officer flew with them to Buenos Aires, where Argentinean forensic experts confirmed that the fingerprints were those of Ernesto Guevara de la Serna.  Minister Arguedes subsequently delivered Che’s hands, sealed in a jar of formaldehyde, to Fidel Castro.  The Cuban leader stored them at the Palacio de la Revolución.

Che’s remains arrived much later.  In 1997, the Bolivian government revealed the secret burial site of Guevara and other Cubans who had died with him.  Castro had the remains repatriated to the Cuban city of Santa Clara.  There Che and his followers lie within a mausoleum that commemorates his greatest military victory in the Cuban revolutionary war.   Tania’s remains rest there too.

Soon enough the Bolivian triumph turned into a curse as many top leaders involved in the Che’s death themselves met violent ends.  President René Barrientos died in 1969 in the crash of a helicopter, the cause of which was never determined.  Later that same year, the peasant Honorato Rojas, died of gunshots.  His betrayal had led to the annihilation of nine men and Tania too in an army ambush.

Army Commander General Juan José Torres, who attended the meeting that generated the order of execution, governed the country as president of a left-wing government in 1971.  He had released Régis Debray and Ciro Bustos from prison.  Torres was assassinated in Buenos Aires in 1976 by a right-wing terrorist group known as the Argentine Anti-Communist Alliance.  General Alfredo Ovando also attended that meeting.  After the helicopter crash, he succeeded Barrientos as president.  Ovando fell – or was thrown – into a well and died in 1982.

The commander of the 8th Bolivian Army, Colonel Joaquín Zenteno, (who had passed on the order to execute) died on a Paris street in 1976 at the hands of assassins belonging to a group called the Che Guevara Command.  Colonel Andrés Selich, who took pleasure in “disappearing” and disposing of captured guerrillas, was lynched by his fellow officers in 1973.  In an assassination attempt in 1972, Che’s captor, Captain Gary Prado, suffered a gunshot wound to the spine.  Prado has been confined to a wheelchair ever since.

Author and former CIA agent Brian Latell has interviewed defectors from Cuba’s state security agencies.  They say that Castro’s hit squads were responsible for some of these killings.  Those involved in Che Guevara’s death, including President Barrientos, succumbed to Fidel’s wrath, Latell concludes.  For good measure, Cuban security agents also arranged for the assassination in Paraguay of former Nicaraguan dictator Anastasio Somoza.  His assassin, a veteran of Argentina’s urban guerrilla movement of the 1970s, riddled Somoza’s car with bullets.

Then there remains the case of Che’s executioner, Sergeant Mario Terán.  President Barrientos promoted him to sergeant major and gave him some reward money.  But Terán admitted later to being wracked with doubts about his role in Guevara’s death.  At times Terán considered himself a national hero and at others, a common killer who did not deserve to live.  Ultimately the Cubans forgave him.  A few years ago, they flew him to Havana for cataract surgery to save his eyesight—completely free.  By then, the president of Bolivia was Evo Morales, a firm ally of the Cuban government.