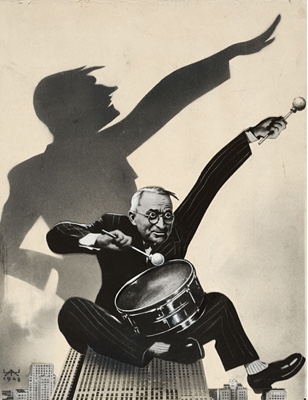 Whether one believes Russia successfully hacked the United States presidential election or not is immaterial. There’s just too much incriminating evidence surrounding the hack – both from our own intelligence agencies and numerous journalistic investigations – which indicates Russia did as much and with abundance.

But “hack” is the wrong word. Russians did not cyber-crime their way past encrypted gateways to gain entrance into software and hyper-sensitive, confidential data. What they did was merely pull on historic propaganda strings. Negative relations between Russia and the United States go back a full century, at the least. Russia lobbed propaganda our way, and the USA lobbed propaganda in their direction. Americans had grown so accustomed to this propaganda war that it was parodied: think “Spy vs. Spy” comics in Mad Magazine.

Rather than thinking in terms of hacking, an online reference that owes its existence to the totality of the twenty-first-century, it’s best to think in terms of continuity. Yes, the Cold War is over. We won. Or at least that’s what Francis Fukuyama thought when he impetuously authored The End of History. But, apparently, neo-cons in America, who danced jigs atop copies of Marx’s Communist Manifesto, forgot to inform the KGB. The Soviet Union may have collapsed in 1991, but its propaganda machines survived the rubble. When the dust settled and a former KGB agent came to power, Putin not only took control of the country but updated Russia’s ossified (and losing) propaganda wing. Gone was Soviet Union 1.0, in its place arose a new and improved “Russia 2.0” replete with Twitter and Facebook accounts. Russia then lobbed millions of propaganda rounds at an unsuspecting USA electorate in 2016 who – unthinking – clicked “likes,” “hearts,” “shares,” and “retweets,” in an anonymity-induced social media frenzy. Russia loaded its distortions in the chamber; Americans pulled the trigger.

It's as if the United States has forgotten to how to win a propaganda war. Now is the time to review how and when the USA defeated the mighty communist foe, USSR. Hint: little (if any at all) of our propagandized weapons were cyber in nature.

Take for instance “Voice of America” transmissions, both radio and television – 500,000 watts of constant music, voice, and imagery of freedom and plenty blasted into Eastern Europe. Books, too became a weapon, when a CIA-funded “International Literacy Center” (based in New York City) smuggled nearly 10-million free books into Poland and other countries on the eastern side of the Iron Curtain. The State Department sponsored jazz tours inviting Dizzy Gillespie, Dave Brubeck, Louis Armstrong, Duke Ellington, Benny Goodman, and others to play in Eastern Europe or within the Soviet Union itself.

American artists also became cultural fodder to be lobbed at the Soviet bloc. The CIA teamed up with MOMA (Museum of Modern Art) to promote America’s freedoms against Russian regimentations. What we wore became political. Who knew that bell-bottomed jeans would fetch such high prices in the Soviet’s black market? Then there’s the case of whether Julia Child, who once worked for the OSS during World War II and whose husband worked for the State Department throughout the 1950s, was also a deployed USA-backed cultural weapon lobbed at Europe (east and west) to promote “traditional” French cooking. When it came to expressions of American freedoms, nothing, not even the art of Jackson Pollock (conservatives alleged Pollock had ties to communists in the 1930s) was held back.

It can be argued that American culture, and the pure physicality of it, assisted in bringing down the communist foe known as the former Soviet Union. We won the Cold War, in part, because of covert efforts of propagandizing a constant barrage of American freedoms in all of its representations.

The internet, however, changes the landscape. American freedoms do not have an encrypted gateway, they exist for the whole world to view, especially our freedom to disagree with one another. When the Soviet Union collapsed in 1991, America’s cultural war against communism turned inward. Newt Gingrich and his ilk declared, remarkably, that America’s Democrats are the new enemy. Talk radio’s emergence became a conservative weapon of choice aimed at fellow Americans! Cable news became Faux News, also a weapon to demonize the political other. As this new weird war emerged so too did the internet buoyed by fiber optics, bandwidth, and misinformation. With the ascent of Facebook and Twitter, cute cuddly cat memes devolved into photoshopped pieces of propaganda meant to damage and weaken … well, us. Russia watched. Then Russia downloaded free apps. Russia, in 2016, assisted in the dividing of America that had already been long underway.

Russia’s involvement in the election of 2016 should alarm politicians of every stripe. But even here the so-called Russian “hack” scandal has become politicized, which is why we need to ditch the word “hack.” What Russia did, and cheaply, was to exploit America’s freedoms against itself, propagandizing the two major political parties against the other. Looking at Russia’s involvement in the 2016 election as part of a long “East vs. West,” “Spy vs. Spy” continuity rather than some newly and, therefore, randomized oddity may awaken policymakers in this country to prevent a future 2016. How well the United States counters Russia (and who knows what other countries in the future may join this fray) is wholly dependent on our lawmakers’ ability to recognize that Fukuyama’s End of History insight was incredibly misguided. It’s Cold War 2.0 – and we are not winning.