We Have to Go Beyond Identifying and Punishing Individual Men

Joan Wallach Scott is professor emerita in the School of Social Science at the Institute for Advanced Study in Princeton and adjunct professor of history at the Graduate Center of the City University of New York. Her most recent book is Sex and Secularism (Princeton University Press, 2017). 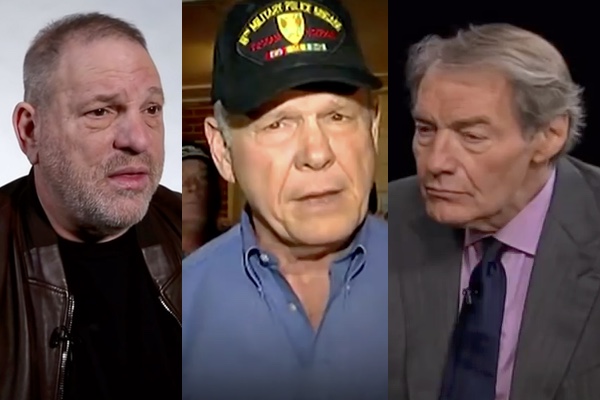 As controversy swirls in the wake of the revelations about the abuses of women by powerful men in the arts, politics, media, academia, restaurants and elsewhere come to light, it is important to remember that we are dealing not with exceptional cases, but—as #MeToo demonstrates—with an enduring culture of masculinity. Women have the vote, but they are under-represented in legislatures; they have access to contraception and abortion, but those rights are under attack from mean-spirited evangelicals and the Republican Party; they have been admitted to universities and to various professions, but they are consistently paid less than their male counterparts; even when they climb the ladders of corporate management, they hit glass ceilings again and again. Domestic violence plagues wives and mothers; impoverished single parents are most often female. And now we learn that workplace sexual harassment is a condition of employment for more women than we had ever imagined, women across the class and racial divides. 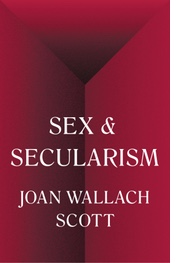 How can we reconcile this sorry state of affairs with the deeply held belief that women in the U.S. and Europe—the secular West—are the most emancipated in the world? How can we reconcile it with the polemic we often hear that it is the women of the non-Western world, particularly Muslim women, who are in need of liberation? “They,” we are told, are sexually repressed and so lack equality, whereas “gender equality,” and so sexual liberation, is a primordial value of the (Christian) secular West.

In Sex and Secularism I argue that, in fact, gender inequality is the story of modern western nation states. It is an inequality that has persisted, despite genuine reforms and real improvements in the situation and status of women. As Vivian Gornick writes in the New York Times Magazine (December 17, 2017), there has been “insufficient progress” on the question of gender equality. “As the decades wore on, I began to feel on my skin the shock of realizing how slowly—how grudgingly!—American culture had actually moved, over these past hundred years to include us in the much-vaunted devotion to egalitarianism.” In conversation with me, Gornick attributed this delay to the hold of religion on our society, but I think that is to misunderstand the ways in which power and gender have been associated in our democratic, secular worlds.

The intertwining of power and gender is the product of history, but they are so deeply naturalized that it has been hard to disentangle. Religious justifications for the inequality of women and men gave way from the eighteenth century on to natural justifications; increasingly biology explained why women couldn’t be citizens. When women were barred from attending political meetings during the French Revolution in 1793, the reason given had nothing to do with God. Asked one legislator rhetorically: “Has Nature given us breasts to feed our children?” In a similar but kinder vein, Thomas Jefferson found that “our good ladies … have been too wise to wrinkle their heads with politics. They are content to soothe and calm the minds of their husbands returning from political debate.”

These ideas have continued to the present day, albeit in new forms. Women have the vote, but as the testimony of the #MeToo victims makes clear, there is a psychological level that still underwrites inequality. Men assume that their masculinity is about the assertion of power (in politics, at work, in relationships), while women have internalized the sense that they can exercise only diminished agency, that their femininity is defined by their passivity. If second wave feminism sought to change that outlook, it seems not to have entirely succeeded.

That is because in our culture masculinity is synonymous at least symbolically with power; femininity with its lack. The source of that symbolic association is an old one—the body and the office of the king were one; his masculinity was at once assured and confirmed by his possession of the phallus (the symbol of power). The advent of democracy dispersed political power, creating great uncertainty about who could claim legitimacy. Men claimed it on the basis of the association of their masculinity with the king’s. In their thinking the phallus and the penis became one—a male body (however socially, economically or politically deprived of real agency) became the sign of a certain power—power signified by the domination of women. Indeed, in some cases—as described in the New York Times by by Shanita Hubbard, an aggressive masculinity compensates for social and economic deprivation.

The so-called natural differences between women and men (those declared immutable by scientists and social scientists in the nineteenth century and that are once again being insisted upon by evolutionary psychologists) underwrite this kind of thinking. So it was that the Scottish biologist Patrick Geddes opposed giving women the vote on the grounds of their physical difference: “The hungry, active cell becomes flagellate sperm, while the quiescent well-fed one becomes an ovum.” It followed that women belonged in the private, domestic sphere, men in the public/political realm. “What was decided among the primitive protozoa,” he concluded, “can not be annulled by an act of parliament.” According to this logic, If the differences are natural, then the inequalities that follow from them cannot be rectified; indeed they are not inequalities at all.

The arguments have changed since the nineteenth century and today sexual emancipation is often heralded as a sign of equality. But, as the unfolding revelations of the last weeks have shown us this is not at all the case. The myth of women’s sexual liberation is denied by the demeaning treatment they receive in the workplace, but also in sexual encounters (as reports from college campuses demonstrate). There seems to be a persistent belief—deeply rooted in our psyches—that men achieve recognition of their masculinity, and so of their political and social power, by exercising domination over women.

If we are to seriously address the current crisis beyond identifying and punishing individual men as bad actors, we have to attend to this history and make apparent how deeply rooted it is in our culture and our psyches. Without that critical intervention—without attention to what might be called “the lessons of history”—the flurry of revelations about longstanding and long tolerated exercises of men’s power, however horrifying in their details, will not suffice to achieve what is required to permanently change the gendered power dynamics of our culture.