Remember When Pence Praised Trump to His Face 14 Times in Under 3 Minutes?

Joel K. Goldstein, the Vincent C. Immel Professor of Law at Saint Louis University School of Law, is the author of The White House Vice Presidency: The Path to Significance, Mondale to Biden (2016). 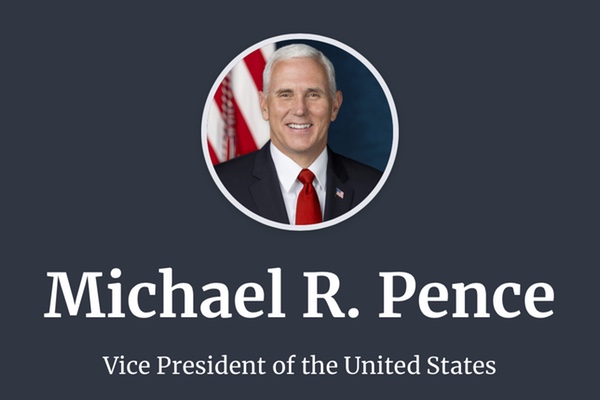 The presidency of Donald J. Trump has stressed many institutions of American government and democracy, and the vice presidency is no exception. Prior to Trump’s presidency, six consecutive administrations, three from each party, had embraced the White House vice presidency, the new model for the nation’s second office that Jimmy Carter and Walter Mondale created more than 40 years ago. Vice President Mike Pence has benefitted from these precedents during his first 17 months in office but Trump’s idiosyncratic presidency and Pence’s response have challenged this institutional advance in important respects. 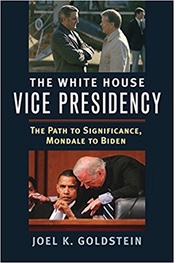 Carter and Mondale successfully implemented the new vision and their successors adopted and tailored it. Vice presidents Mondale to Joe Biden (and the four in between, George H.W. Bush, Dan Quayle, Al Gore and Dick Cheney) joined their presidents’ inner circles. All performed important assignments and were trusted advisers with extensive private access to the president and the willingness to speak candidly to him from their unique perspective. These vice presidents had their ups and downs but their office became a consequential position in the White House, even as many other institutions lost altitude.

Pence benefited from patterns his recent predecessors established. He participated in the transition and was perceived as influencing some high-level appointments. He has operated in the White House to advance Trump’s presidency. As was true in recent administrations, vice-presidential allies (e.g. Marc Short and Kellyanne Conway) assumed important White House positions and their presence supported his involvement. Pence advocated measures important to the right, such as prohibiting funds for organizations that promote abortion. When Trump seemed ready to depart from National Rifle Association orthodoxy after the Parkland, Florida high school shooting massacre, Pence joined him in meeting with an NRA representative after which Trump adhered to the status quo. Pence worked with Republican legislators on the effort to repeal the Affordable Care Act and the tax cut bill, has been an active foreign emissary, has courted donors and campaigned for Republican candidates, and has frequently cleaned up Trump misstatements, often by saying what Trump should have said. Pence's office has served as a point of contact for many lobbyists seeking to influence policy and departmental actions.

The unprecedented circumstances Pence encountered presented opportunities. The lack of governing service of Trump and many around him created a vacuum which added value to Pence’s political experience. Pence could relate to Republican politicians in a way Trump and his associates could not. Pence brought strong relationships with social and religious conservatives and important Republican funders. And Pence could stay on message as he demonstrated during his vice-presidential campaign.

Yet the unusual context also presented unprecedented challenges. No recent president has approached Trump’s need to dominate every situation, his propensity to publicly humiliate even close associates, or his lack of policy knowledge and discipline, all of which present risks for Pence. The administration often enlists Pence to defend Trump’s statements and behavior, thereby associating him with the attitudes involved. The investigations of Trump allies, and perhaps Trump, regarding serious matters including foreign interference in the 2016 campaign and obstruction of justice introduce other reason for caution. Biden was valuable as the last person in the room but it’s often to Pence’s advantage to be far from White House discussions. And it’s hard to be the last person in the room when policy and messaging emerges in early morning, unvetted presidential tweets.

Pence has sought to develop and maintain a good relationship with the president by showering Trump with a level of praise that sets new standards of sycophancy. The episodes are now familiar—the effusive Cabinet meeting testimonials including one celebrating the Republican tax bill in which Pence praised Trump to his face 14 times in less than three minutes, the comparisons of Trump to Theodore Roosevelt and Ronald Reagan, and the speeches in which virtually every paragraph salutes Trump, such as the one telling the Young America’s Foundation that Trump will be the “best friend” America’s armed forces ever had (step aside five-star general Dwight D. Eisenhower) or the December 20, 2017 White House celebration with congressional leaders where Pence managed to exceed that day’s Cabinet session in throwing bouquets to Trump. After Trump pardoned Joe Arpaio, the former Arizona sheriff found guilty of criminal contempt for disobeying court orders regarding certain law enforcement practices, Pence declared himself “honored” to have Arpaio present at a speech and praised his commitment to “the rule of law,” a performance which led conservative columnist George Will to term Pence “America’s most repulsive public figure” and “horrifying.”

Trump often praises Pence, but has also undercut the vice president. Early on Pence inaccurately denied that Trump’s adviser, Michael Flynn, had spoken to Russian ambassador Sergey Kislyak about sanctions during the transition period. Pence’s office later claimed he did not know that Flynn had lied to him until roughly two weeks after Trump and other White House officials knew. Why did no one tell the vice president so he would not potentially continue to disseminate false information? When Trump fired James Comey, Pence parroted the official line attributing the decision to Deputy Attorney General Rod Rosenstein’s memo criticizing Comey’s handling of the Hillary Clinton email investigation and denied the decision was related to the Russia investigation. Yet Trump quickly confirmed in a televised interview that Comey’s firing was independent of the Rosenstein memo and associated that decision with his view that  “this Russia thing with Trump and Russia is a made-up story.” After Pence walked out of a professional football game when some players did not stand for the National Anthem, Trump tweeted that he had asked Pence to do so, making Pence appear a puppet, not an independent actor.