Perhaps Facebook's Mark Zuckerberg Should Not Have Dropped Out of Harvard

Having taught history at the high school and college level for 25 years, Fred Zilian (zilianblog.com;@FredZilian) is an adjunct professor (history and politics) at Salve Regina University, RI. He writes for The Hill and is a contributing editor for The History News Network. 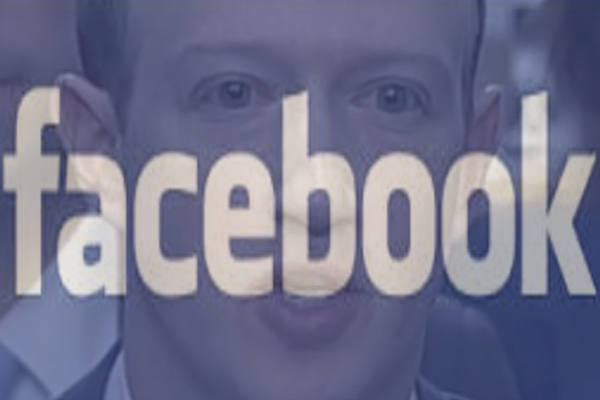 The full-page ad that Facebook recently ran (May 26) in the Wall Street Journal was a history teacher’s dream. However, rather than taking out the expensive ad, the social media giant might have simply sent a message to its over 2 billion users and held a press conference, advocating forcefully for the study of the humanities, especially for history. In this era of high falsehood and fakery, clearly the American citizen seeking truth needs to understand and adopt the historian’s mindset.

Given the challenges the company has faced in recent months, it is not surprising that the company chose to take out the ad. In mid-March, the New York Times and the Observer of London reported that Cambridge Analytica, a data firm founded by Stephen Bannon and wealthy Republican donor Robert Mercer, had harvested private information on more than 50 million Facebook users, a figure later raised to 87 million.

This added to questions Facebook was already facing about the use of the social media platform to spread false news and Russian propaganda to influence US elections in 2016.

On April 10 and 11, Facebook’s chief executive, Mark Zuckerberg faced questioning before committees in both the Senate and the House. The primary issues included: the use of user data by third parties without the user’s knowledge, the proliferation of “fake news” and its impact on the 2016 presidential election, and the censorship of conservative media.

Zuckerberg admitted that Facebook had been “slow” in correcting problems but maintained that Facebook was taking corrective actions: boosting its disclosure rules for issue ads, committing more resources to delete troll accounts spreading disinformation, ensuring real people own the accounts, adding helpful links next to articles to assist readers in checking information, and giving priority to trusted sources.

Costing probably several hundred thousand dollars, the ad, which ran prominently in the paper’s first section, had a collaborative and instructive tone. Using the pronoun “we,” the title was a positive assertion and also encouragement to all: “Together We Can Fight False News.” Thankfully, it used the more direct, less Trumpian phrase “false news,” instead of honoring the phrase “fake news,” even though the latter was the Collins Dictionary Word of the Year of 2017.

The ad continued by indicating what Facebook is doing to meet the challenge and what the reader can do. “We are taking action by removing fake accounts and working with fact-checkers. You can learn what to trust with our tips to spot fake news.” It then offered the reader ten pithy and pointed recommendations, most of which align beautifully with the principles history teachers seek to inculcate in their students on how to think critically in evaluating historical documents and images.

Number 1: “Be skeptical of the headlines.” The history teacher strives to instill in students a healthy, dispassionate, respectful skepticism, a trait Amir Bhidé of Tufts University recently emphasized in the Wall Street Journal. Early on in my own history classes, I conjure Thomas Jefferson and his keys words now part of the American Creed: “all men are created equal.” I follow quickly with: However, all sources are not created equal!

Number 3: “Investigate the source.” This relates to the first level of questions history students learn to ask: the who, what, when, and where of a document.

Number 7: “Check the evidence.” This relates especially to documents that are argumentative. What are the document’s major points? What evidence is given? Is the argument logical? Does the author present sufficient evidence? Also, in the essays students write throughout the course, they must use sound, sufficient, text-based evidence.

Number 8: “Look at other reports.” History students learn to compare one document to another that may have conflicting claims and evidence. Especially in World History courses, the students also learn to engage in cross-cultural comparison and analysis. For example, in my classes once we finish the ancient world, teams of students go to the white boards and compare the world’s major religions.

Number 10: “Some stories are intentionally false.” The final, deepest set of questions history students learn build on the previous questions and strike to the veracity, reliability, and credibility of the source. What was the author’s intent and why? How reliable and credible is the source? Using all this information, the student is then prepared to make judgments about the overall quality of the source and how much weight it should merit in the search for historical truth.

Beyond the study of history, the humanities include other fields essential for the conscientious American citizen, seeking understanding and truth in this “post-truth” era. While mathematics and science enable us to investigate, understand, and even shape our world, the humanities’ fields of religion, philosophy, and ethics help the citizen deal with ambiguity and irrationality, give insights into civic virtue, and help the citizen grapple with important questions which have no right answers.

The challenges for Facebook continue. On June 8 the Wall Street Journal reported that Facebook had arranged “customized data-sharing deals” which gave certain companies special access to user records well after the point in 2015 that it said it was protecting this information. One wonders whether Mark Zuckerberg and the other executives at Facebook should take time to turn to the humanities.

Beyond helping the good American citizen, the humanities can also offer help in this Age of Grand Manipulation to benighted technological behemoths, engaged in Great Power Capitalism and blinded by the god of gold.