The Senate’s Incomplete Hall of Fame 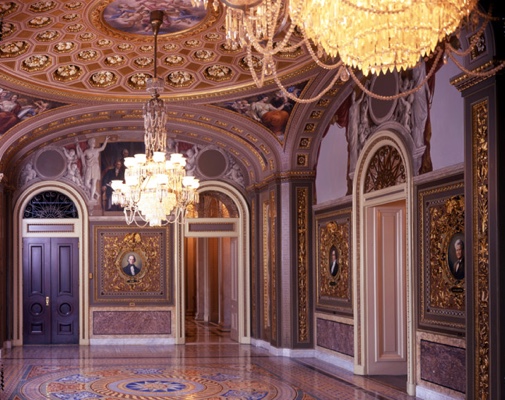 In 1957, a committee was formed in the US Senate to honor great Senators in the history of that body. Democrat John F. Kennedy (Massachusetts) was named the head of the committee; the other members included Democrats Richard Russell (Georgia) and Mike Mansfield (Montana), and Republicans Styles Bridges (New Hampshire) and John Bricker (Ohio). The majority of the committee were conservatives, and that affected their choices.

An advisory committee of 160 scholars was asked to contribute suggestions, and 65 names were offered for what was planned to be spaces for five portraits in the Senate Reception Room in a “Hall of Fame.” Included was Whig Henry Clay of Kentucky, Whig Daniel Webster of Massachusetts, and Democrat John C. Calhoun of South Carolina, all part of the “Great Triumvirate” of Senators before the Civil War, even though Calhoun then and since has been regarded by scholars as highly controversial given his advocacy of secession.

What is often forgotten is that the advisory committee had recommended unanimously that Republican George W. Norris of Nebraska (the epitome of a true Independent and like La Follette a “progressive”) be part of the group, but that idea was rejected by committee member Styles Bridges and the opposition of the two Nebraska senators at the time, Republicans Roman Hruska and Carl Curtis. So Norris was not added to the pantheon of great Senators so honored. This was an historical wrong.

Now, with the death of Republican John S. McCain, it is time to add three Senators to the Senatorial Hall of Fame in the Senate Reception Room. It is time to add George W. Norris belatedly in tribute to his greatness, along with McCain and Democrat Edward M. Kennedy of Massachusetts, whom any neutral observer has to admit was not only the fourth longest serving Senator in the history of the chamber, but also a major contributor in both domestic and foreign policy.

This would provide balance in the Senate Reception Room, with two Whigs (Clay and Webster); three conservative Republicans (Taft, Vandenberg, McCain); two progressive Republicans (LaFollette Sr. and Norris); one conservative Democrat (Calhoun); and two liberal Democrats (Wagner Sr. and Kennedy). Three served in the 19th century, while five served in the first half of the 20th century, with McCain and Kennedy serving in the late 20th and the early 21st centuries. All ten Senators were imperfect, but all played a major role in the history of the US Senate. It is time for action by the US Senate.