What Does William Barr Have to Do With Iran Contra?

Jeffrey J. Matthews is a professor of leadership and American history at the University of Puget Sound and the author of “Colin Powell: Imperfect Patriot” (University of Notre Dame, 2019). 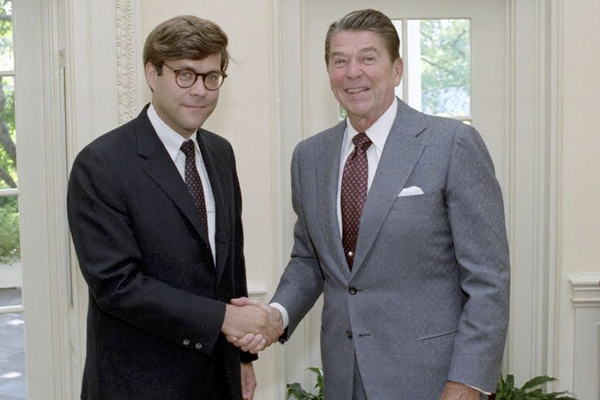 Donald Trump’s nomination of William Barr to become attorney general has recast the spotlight on the presidency of George H.W. Bush. Barr served as attorney general in the Bush administration from late 1991 to early 1993. Most notably, Barr railed publicly against a long running independent counsel investigation of the Reagan-Bush administration and he fully supported President Bush’s last minute pardon of Caspar Weinberger, Reagan’s former defense secretary. Weinberger had been indicted on five felony charges, including accusations that he obstructed federal investigations and lied to Congress about the Iran-Contra affair.

In the wake of Bush’s recent death, innumerable editorials have heaped praise on the late president for his prudent and polite leadership. Far too little attention has been paid to his role in the Iran-Contra scandal.

No writer has been more generous to Bush than journalist Jon Meacham, the author of The American Odyssey of George Herbert Walker Bush. In a New York Times editorial assessing Bush’s legacy, Meacham lauded the nation’s forty-third vice president and forty-first president for being especially principled and pragmatic; a leader whose “life offers an object lesson in the best that politics…can be.” Bush, Meacham noted admiringly, saw politics as a noble pursuit, a means to faithfully serve the public, “not a vehicle for self-aggrandizement or self-enrichment.”

But the history of Bush’s involvement in the Iran-Contra scandal is not one of nobility and virtue. The object lesson, in fact, is that even our most revered leaders are fallible human beings subject to making unethical decisions out of misdirected loyalties or self-preservation.

There is no doubt that Bush, as a loyal vice president, was aware of and endorsed the Reagan administration’s covert policies in the Middle East and Central America. Specifically, he knew of the illicit program of selling arms to Iran, a U.S. designated terrorist state, in hopes of recovering American hostages in Lebanon. And, he knew of the illegal program of suppling aid to the Contra rebels in Nicaragua. Years later when running for reelection as president, Bush admitted to his diary that, “I’m one of the few people that know fully the details [of Iran-Contra]….It is not a subject we can talk about.”

It is also clear that Reagan and his senior staff, Bush included, understood that the Iran and Contra programs were illegal. At one point, in regard to the arms-for-hostages initiative, Reagan informed his advisers that he would risk going to prison because the American people would want him to break the law if it meant saving the lives of hostages. “They can impeach me if they want,” Reagan said, and then he quipped “visiting days are Wednesday.”

Shortly after the Iranian weapons deals became public, Bush tried to distance himself from the Iran-Contra scandal by telling reporters that it was “ridiculous to even consider selling arms to Iran.” Knowledge of Bush’s involvement could jeopardize his plans to succeed Reagan. Such deceptive maneuvering was galling to Reagan’s secretary of state, George Shultz, who knew all too well that Bush had supported the Iran project. Shultz told a friend: “What concerns me is Bush on TV,” because he risks “getting drawn into a web of lies….He should be very careful how he plays the loyal lieutenant.”

Bush did become president and his eventual pardon of Weinberger, just weeks before leaving office, was not an act of virtuous public service; even Reagan had refused to grant pardons to those involved with Iran-Contra. Bush’s decision was a self-serving one as a trial examining Weinberger’s role in Iran-Contra, including the administration’s orchestrated cover-up, risked exposing the outgoing president’s complicity.

Hearing of Weinberger being pardoned, Judge Lawrence Walsh, the independent counsel investigating Iran-Contra, issued a statement of condemnation: “President Bush’s pardon…undermines the principle that no man is above the law. It demonstrates that powerful people with powerful allies can commit serious crimes in high office—deliberately abusing the public trust without consequence."

Among the lessons of Iran-Contra is that a healthy democracy must have robust checks on executive authority in order to minimize abuses of power. A quarter century ago, the president’s attorney general, William Barr, staunchly opposed the independent counsel’s investigation of wrongdoing in the White House, and he also firmly supported Bush’s use of pardons as a means of self-protection. Are we to believe that Barr’s relationship with President Trump will be any different?

If you enjoyed this piece, be sure to check out Dr. Matthews forthcoming book: 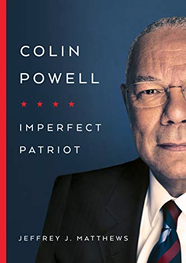