The Antigay "Traditional Plan" and the History of the Methodist Church

Christopher M. Bishop recently completed his Ph.D. at Auburn University, where he specialized in the history of the South and American Methodism. He is currently an adjunct professor of history at Auburn University at Montgomery and Jefferson State Community College. He lives with his wife in Birmingham. 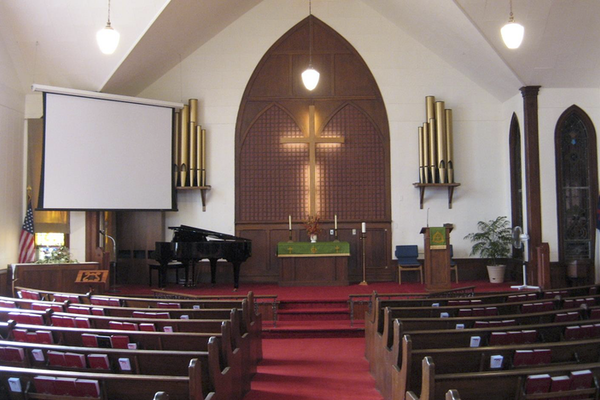 Recently in St. Louis, the United Methodist General Conference strengthened its ban on same-sex marriage, doubled-down on its prohibition against ordaining gay clergy, and sent an unmistakable message to its LGBTQ brethren. Advocates of this so-called “Traditional Plan” believe that Biblical teachings against homosexuality are unambiguous, the teachings of the Bible are eternal and unchanging, and that the church should not bow to political pressure when evaluating their stance on major issues. Advocates of LGBTQ inclusion look to other Biblical precedents, insisting that the Sermon on the Mount and Christ’s injunction to love one’s neighbor as oneself are the only moral guideposts they need when considering same-sex marriage, gay ordinations, and the place of LGBTQ members within the life of the church. Both sides are equally sure that God is on their side.

Although conservatives in the church claim to be protecting the Bible from what they see as a dangerous faction hellbent on watering down Christian teachings, the Traditional Plan was not about defending the entire breadth of what the scriptures have to say regarding marriage and relationships, which would have included commentary on a range of practices. Proponents of the measure rejected proposals to add language condemning adultery, divorce, and polygamy into the resolution and focused entirely on homosexuality.

At this moment, the future of the United Methodist Church is unclear, but feelings are raw and schism is likely. The St. Louis Conference was not routine, but it is not without historical precedent. It is ironic that that the church’s antigay coalition described their plan as “traditional,” because public schisms over social and political issues are deeply woven in the fabric of Methodist history. Whether it was pressure from Prohibitionists which ultimately convinced Methodists to ban fermented wine during communion or democratic rhetoric in the Jacksonian era which coincided with a schismatic wave of anticlericalism, Methodists have never shied away from pressing issues throughout their long history.

But until this month, slavery was the only other issue that seriously threatened the unity of American Methodism. Just as Methodists today look to the Bible for guidance on LGBTQ inclusion, their nineteenth century forebearers turned to scripture when considering the morality of slavery. For instance, southern Methodists pointed to Romans 13:1-2, in which Paul instructs, “Let every soul be subject unto the higher powers. For there is no power but of God: the powers that be are ordained of God. Whosoever therefore resisteth the power, resisteth the ordinance of God: and they that resist shall receive to themselves damnation.” This convinced them that their slave-based hierarchy was divinely ordained and that it was sin to resist the clearly-evident will of God. Furthermore, proslavery theologians argued that if slavery was as grave a sin as their adversaries in the North claimed, there would be some kind explicit Biblical injunction against the practice. But there are no such teachings in the Bible and slavery was omnipresent in both the Old and New Testaments. For them, the truth of the Bible never changed, the institution of slavery had always existed, and would continue in perpetuity.

Opponents of slavery looked to the Sermon on the Mount and the Golden Rule when arguing that it was a sin for Christians to degrade fellow humans as chattel. Like today, bothsides were equally sure that God was on their side.

Tension reached a boiling point at the General Conference of 1844 in New York City. According to church law, bishops could not own slaves, but Bishop James O. Andrew of Georgia had inherited slaves through his wife. Antislavery forces wanted to suspend him from the ministry for violating church law. Southern delegates passionately defended Andrew and the institution of slavery while northerners argued that it was dangerous to vest religious authority in somebody who willingly participated in such a corrupt system.

When neither side showed a willingness to back down, the church split into separate denominations. The new southern branch of Methodism rested on a cornerstone of slavery and white supremacy. The schism opened the door to legal wrangling over church property that embittered both sides for generations and which ultimately had nothing to do with morality and everything to do with wealth and power. The churches reunited in 1939, after a ninety-five-year estrangement.

Today, it might seem shocking that Christians would look to the Bible to defend slavery, but advocates were defending more than the institution; they genuinely felt that they were protecting the integrity of the Bible against an attempt by radicals in their own church to dilute the scriptures. This month, proponents of the Traditional Plan tapped into a Methodist tradition that should give them serious pause. Meanwhile, legal challenges over property might again become the ultimate arena for power plays masquerading as morality.

The historical lessons of 1844 are abundantly clear. Methodists have always been committed to faith, prayer, charity, and walking with God, but still turn their backs on the brethren and struggle to live up the highest ideals of Christianity and their even their own motto, “open hearts, open minds, and open doors.”