D-Day 75 Years Later and the Quest for Peace

William Lambers is the author of the Road to Peace. He partnered with the UN World Food Program and Catholic Relief Services on the book Ending World Hunger. His writings have been published by History News Network, The Hill, Newsweek and many other news outlets. 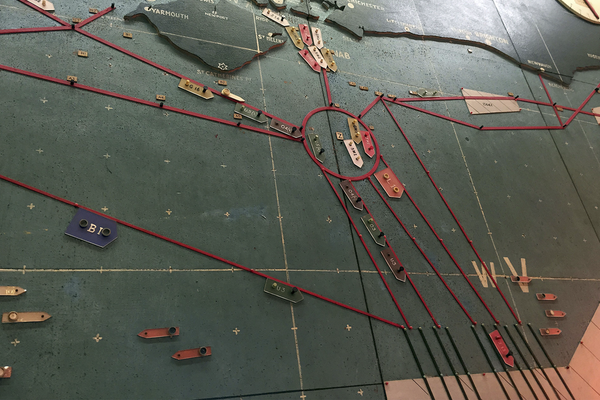 My father Vincent was wounded clearing the mines on Omaha Beach following the D-Day invasion 75 years ago.  At the hospital next to him was one of the D-Day paratroopers who got dropped into France to fight the Nazi Germans.  When my father told the paratrooper about removing mines, his reply was "gee, that's dangerous." My father could not believe that a daring paratrooper would consider that a risky job! Both my father and the paratrooper were lucky in the sense they did not suffer the worst of injuries. But so many others lost their lives in the invasion to retake Europe from the hold of Nazi Germany.  The D-Day landings of June 6, 1944 and the invasion that followed brought about the end of the German war machine. D-Day led to freedom for millions who had been suffering under Nazi occupation.  It's important to remember D-Day because of what so many brave soldiers were sacrificing for: to build peace.  As General Dwight Eisenhower told Walter Cronkite, Americans and the allies came together “to storm these beaches for one purpose only. Not to gain anything for ourselves, not to fulfill any ambitions that America had for conquest, but just to preserve freedom. I think and hope, and pray, that humanity will have learned ... we must find some way ... to gain an eternal peace for this world.” It's special to remember these ideals because so often today we hear leaders talking about war recklessly. When discussing a potential military campaign, some even say things like it would only take a matter of days, as if it was all so easy. Some leaders flaunt military might and spending to the extreme. It’s scary when our leaders seem to have no concept of what war is or the human cost.  Not only are soldiers at risk in war, but civilians too. Part of the Allied invasion of Europe was civil affairs units bringing relief supplies to feed the hungry. War always leads to food shortages and hunger. This relief had to continue for years across the continent.    We need our leaders to be thoughtful, like Eisenhower, about the critical issues of war and peace.  Eisenhower, as president, avoided war. He was deeply concerned about too much military spending and sought arms control. Today, we need to pursue disarmament among the militaries of the world.  It is a tragedy in itself when nations have to commit so many of their precious citizens and resources to war. My father remarked how his fellow soldier, Lou Siciliano, was a really educated man who could be doing so many other things to help society, "but this is what happens in war."  And for the families back home there is pain during war, and the aftermath especially for those wounded.   My father, after being hurt by pellets from an exploded mine 50 feet away, was lucky that a letter he sent reached his mother before the War Department’s telegram.  Her brother had been killed during World War One, and the trauma of that War Department telegram arriving first would have been extreme.  My father had to live with pellets in his legs the rest of his life, but it did not cause him too much trouble except perhaps toward the end when his mobility was extremely limited.  Many other families were not so fortunate after the D-Day invasion. Cemeteries in France mark the fallen soldiers. They are not alone in their grief. To this day many military families suffer that terrible news about loved ones lost. For some families of injured soldiers, care is needed for a lifetime. When you think of these families, it can reinforce the mission for peace.  American and allied soldiers lost their lives on D-Day so that others may live free. The best way to honor D-Day veteran’s sacrifice is to work for that elusive, but achievable eternal world peace.