Alex Humphreys (Twitter: @abhumphreys) is Associate Vice President, JSTOR and Director, JSTOR Labs at ITHAKA, a not-for-profit organization that helps the academic community use digital technologies to preserve the scholarly record and to advance research and teaching in sustainable ways. The JSTOR Labs team works with partner publishers, libraries and labs to create tools for research and teaching that are immediately useful – and a little bit magical. Prior to starting JSTOR Labs, Alex led the effort to modernize JSTOR’s technical platform.  Alex lives in Beacon, NY with his wife, two sons and the planet’s smartest dog. 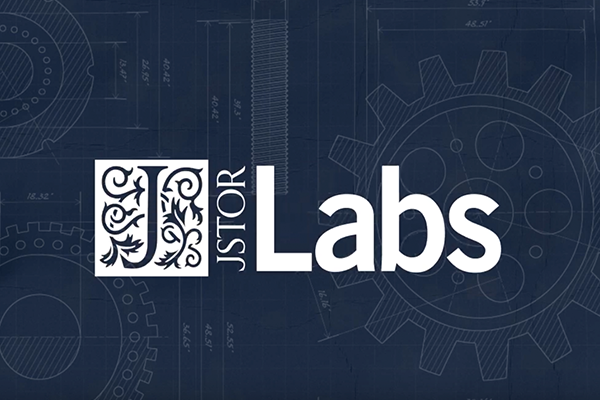 History gets lost every day. Every time someone who witnessed -- or made -- history passes away, we lose their perspective unless it had been captured in memoirs or recordings.  Documentarians like Peter Kunhardt of the Kunhardt Film Foundation play an important role in retaining this witnessed history: by recording interviews with historical figures and then crafting these into a narrative, they amplify these voices as they share their perspectives with a broader audience.

But even documentaries still miss something important. When, for example, Kunhardt interviewed Jesse Jackson for King in the Wilderness, his HBO documentary about Martin Luther King, Jr.’s final three years, he recorded over 90 minutes of Jackson’s recollections and perspectives, but only used a small portion for the final film.  Kunhardt himself says, “…no matter how fascinating the interview, important information is edited out of the final project.” In all, for his 2018 film, Kunhardt recorded more than 31 hours of interviews with 19 people who witnessed and made history with King. Each uncut interview is a treasure trove of important, witnessed history, much of which ends up on the cutting room floor. What if we could preserve these full-length interviews for future generations and use technology to make them even more useful for education?

Introducing the Interview Archive, a Prototype by JSTOR Labs

Now we can. I am pleased to announce the release of the Interview Archive. This prototype includes all 19 uncut interviews filmed for King in the Wilderness – interviews with civil rights leaders like Marian Wright Edelmanm, John Lewis and Harry Belafonte, who made history alongside King. We didn’t stop there, though: the site also helps researchers and students explore the rich material. Each minute of each interview is tagged with the people, places, organizations and topics being discussed. Users can use these tags to explore the different perspectives on over a thousand topics. They can also click on the tags while watching the interviews for background information from Wikipedia, to find and jump to other mentions of the topic in the Interview Archive, or to find scholarly literature and historical images related to the topic in JSTOR and Artstor.

The site is a fully-functioning prototype built by JSTOR Labs, a team at the digital library JSTOR that builds experimental tools for research and teaching. At this point, it contains the source interviews from a single documentary; enough, we think, to convey the concept and useful if you happen to be teaching or researching this specific topic. Our aim in releasing this prototype is to gauge interest in the idea.  We hope that historians and teachers will reach out to us at labs@ithaka.org with their thoughts on this concept as well as what material they would most like to see in an expanded site.

Most importantly, we are thrilled to be able to share and preserve the full-length interviews from King in the Wilderness. These interviews belong in the hands of educators, students and researchers, helping to keep this history from being lost.