Can testimony against Epstein still have an impact without him present?

Norman J.W. Goda is the Norman and Irma Braman Professor of Holocaust Studies at the University of Florida. 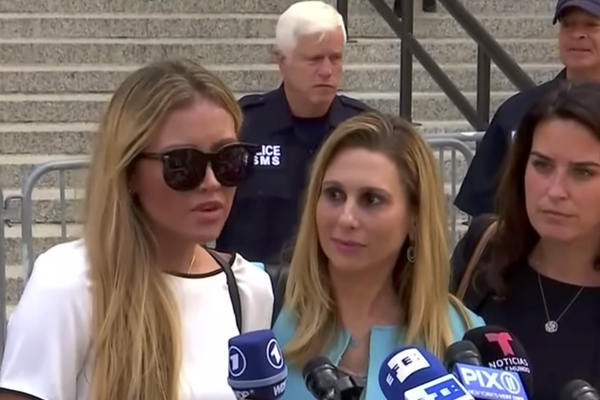 Jeffrey Epstein’s suicide on 23 July 2019 ended the possibility of his criminal trial for the extensive sex trafficking of young girls. It also robbed his many accusers of the chance to confront him publicly. On 28 August, however, the victims were allowed to speak in court thanks to Judge Richard Berman’s decision to allow their public testimony. Though welcome, the decision was also cold comfort as Epstein’s chair at the defense table sat empty. “The fact that I will never have a chance to face my predator in court,” said Jennifer Araoz, “eats away at my soul.” Others were more hopeful. “I refuse to let this man win in death,” said Chauntae Davis. “I have found my voice now.”

But will the testimony of Epstein’s victims have the same lasting impact that it might have had with the defendant present?

The 1987 trial of Klaus Barbie offers historical context to this question. Barbie was the Gestapo chief in occupied Lyon from 1942 to 1944. Like Epstein, Barbie had cheated justice for decades owing to his escape to Bolivia in 1951. On the third day of his belated trial, Barbie exited the courtroom, comparing the proceedings to a lynching. The court, fearing the image of an old man in chains, refused to compel the former Gestapo chief’s presence, and so he remained in his cell for virtually all witness testimony.

International reporters fled Lyon quickly, “like a flock of wild ducks,” according to one attorney. As one commentator put it, the press had come to see “the monster, the monster’s face, the monster’s eyes,” without which there was no reason to stay. French-Jewish intellectual Alain Finkielkraut lamented that, “the concern with the sensational and the obsession with the scoop” had taken “precedence over the demands of the truth.” Barbie’s victims were also dismayed. “I am revolted, outraged” said 86-year old former resistor Lise Lesèvre, who Barbie had tortured horribly. “I would like to have accused him face to face. I would like for him to have heard the truth.” Anne-Marie Lenoir, another former resistor, commented: “He does not have the courage to look me in the eye.”

Nonetheless, the witnesses testified before an empty defendant’s box. Many were women whose torture at the hands of Barbie and his henchmen in Lyon Gestapo headquarters four decades earlier generally contained sexual elements. Thoughtful veteran journalists who remained, such as Le Monde’s Jean-Marc Théolleyre, noted that the onus was now on the public. Without easily digestible images of the accused, they had to make the effort to hear. Barbie’s absence, he wrote, “forces us to listen [to the witnesses] more closely without worrying about how [Barbie] would have heard them, looked at them, or the answers he might have given….  Is that not the main reason for the trial?” French intellectual Bernard-Henri Lévy had a similar view. The media he said, reveled in “images and counter-images… effects and counter-effects.” Now, the trial made new demands on the public because iconic representations of the defendant smirking as his victims testified would not be available. But the absence of the accused, Lévy said, should remind everyone that the witnesses “are the primary parties in this business…. It is they who have my interest. It is they who move me. It is their words … that I want to hear first of all.”

And in the end, it was the witnesses who saved the trial. They not only recounted the horrors they experienced. They also somehow conjured the defendant’s likeness, not as the broken old man from 1987, but as the ruthless Gestapo chief of 1944. Lise Lesèvre had been waterboarded repeatedly after being forcibly undressed, and she was savagely beaten over the course of nineteen days before being deported to Ravensbrück. Permanently crippled, moving painfully through the courtroom with a cane, she refused to sit in the witness box when offered a chair. Tightly gripping the rail, she stood, she straightened her back, she spoke, and she demanded the attention of all who dared to listen. She described the defendant, from his “striking eyes” to his “beautiful shining boots” to the “terrifying dread” that his image still caused her. She was a mix, said one reporter, “of fragility and strength.” And on hearing the testimony of Lesèvre and other victims, said one Paris daily, “we listened to them … we cried with them … we understood suddenly why … it was necessary that this trial take place.”

Many have argued that justice in the Epstein case is diminished by the defendant’s suicide, and indeed they are correct. The confrontation between the accuser and the accused lay at the heart of the criminal justice system. But justice also exists to reach the truth. In so doing it offers the victims their moment to speak, while also demanding, despite our current reliance on images and sound bytes, that the victims be heard.