Daniel K. Williams is a professor of history at the University of West Georgia and the author of “God’s Own Party: The Making of the Christian Right.” 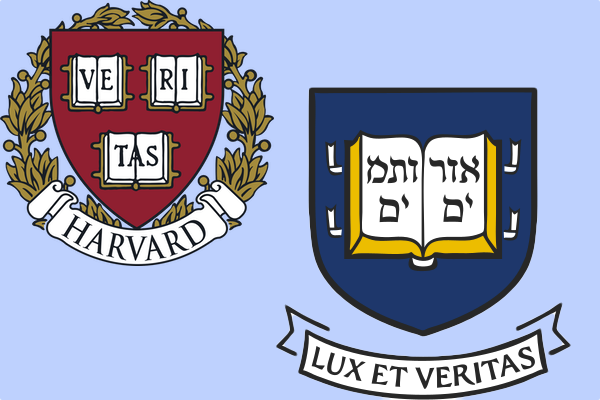 The latest round of Democratic presidential debates invited the candidates to weigh in on the question of whether the oldest candidates in the race have the “vision” to appeal to a new generation.  But since all three of the frontrunners are septuagenarians – while no candidate under age 60 has reached even 15 percent in the polls – a more relevant question is whether the “vision” of the younger candidates will catch fire among Democratic voters of any age.  Most of the younger Democratic presidential contenders have an educational and ideological background that is at odds with the views and experiences of many in the party. Nowhere is that more evident than in the near-monolithic dominance of elite colleges in the younger Democratic candidates’ educational histories.

Eleven out of the fourteen candidates born after 1960 were educated at Ivy League universities, while only two attended state institutions.  (As a comparison, among the 20 million American undergraduates who begin college each year, only 0.4 percent go to the Ivy League, while nearly 75 percent go to public colleges and universities). By contrast, among the Democratic presidential candidates born before 1960, not a single one attended an Ivy, and several began their educational career at local public colleges.  Bernie Sanders went to Brooklyn College.  Joe Biden attended the University of Delaware.  Even Elizabeth Warren, who eventually became a Harvard Law School professor, earned her bachelor’s degree in speech pathology as a transfer student at the University of Houston after initially dropping out of college to get married. Like an earlier generation of Democratic politicians who often attended state colleges (as Lyndon Johnson did) – or even, like Harry Truman, skipped college altogether – the oldest Democrats in the race for the 2020 presidential nomination did not enter adulthood as part of a meritocratic educational elite who had the credentials or resources to attend the nation’s most selective schools.

Of course, Ivy League-educated presidential candidates are nothing new; the United States has had them since the eighteenth century.  But for much of the twentieth century (until at least the late 1960s), the Ivy League functioned more often as finishing colleges for the privileged than as creators of a new meritocratic class defined by intelligence.  Money and family connections often mattered more than SAT scores in securing admission.  As a result, hardly any Democratic politicians from working-class backgrounds were Ivy League alumni; the only Democrats who did attend were, like their Republican counterparts, children of wealthy families or political dynasties. The rest – including Hubert Humphrey, Eugene McCarthy, George McGovern, Walter Mondale, and a host of others – went to local state schools or even religious colleges, and their political priorities reflected the education that they received there.  McCarthy, a Catholic graduate of Saint John’s University, was a philosopher-of-sorts on the campaign trail, while McGovern, a graduate of Dakota Wesleyan, could quote the Sermon on the Mount with the fervor of an evangelical advocate of the Social Gospel.

All of this began to change in the last few decades of the twentieth century, when the Ivy League became a gateway to national politics for many first-generation members of a rising meritocratic class.  Though scions of wealthier families are still vastly overrepresented in the Ivy League, a focus on academic merit and a concerted effort to make these schools more racially and economically diverse has enabled many brilliant, hardworking people from lower-income homes to make it into the Ivy League.  As a result, the Ivy League has become more important than ever as an imprimatur of academic merit – and an increasingly important gatekeeper for entry into the upper echelons of any profession, including politics.  Since 1988, when Harvard-educated Michael Dukakis ran for president, the Democratic Party has never nominated a graduate of a state university or non-elite college; every Democratic presidential nominee for the past thirty years has had a degree from either Harvard or Yale.  And every current member of the Supreme Court has likewise attended law school at one of these two universities.

Even as elite college students have become more racially and economically diverse, they have become ideologically more monolithic.  Only a generation ago, income rather than education was a better predictor of people’s political leanings, but now people with a graduate degree are far more likely to be liberal Democrats than conservative Republicans, regardless of their race or income.  To be sure, there is a conservative contingent at all of the nation’s colleges, including those that are most elite, but conservatives from the Ivy League are usually conscious that they are defying the intellectual currents at their school and that they are rebelling against the prevailing academic ethos of rights-conscious liberalism.  Liberal students, on the other hand, commonly confuse the secular, rights-conscious liberalism of their academic milieu with the views of many lower-income Democrats of color – even though there are significant differences between the two, especially on issues of religion, sex, and gender.

These differences on abortion, gender, and sexuality reflect a larger divide in the party between secular and religious voters.  White Democrats are heavily secular: only 22 percent attend religious services once a week, while 44 percent attend “seldom or never.”  Nineteen percent of white Democrats are atheists.  But among blacks and Hispanics – especially those who have less education – the picture is very different.  Forty-seven percent of black Democrats attend religious services at least once a week and an additional 36 percent attend at least once a month.  Seventy-six percent of black Democrats – but only 35 percent of white Democrats--say that religion is “very important” in their lives. Whether they draw from the progressive strands of black Protestant theology, socially conscious Catholicism, or another religious tradition that teaches concern for one’s neighbor, religion shapes their economic views in a way it does not for most white Democrats.

The secular, rights-conscious, cultural liberalism of white Democrats is largely a mirror of the prevailing ideology at equally secular elite private colleges. A century ago, most of these colleges were bulwarks of liberal Protestantism, but their pluralistic, democratic values have now been thoroughly secularized and divorced from the religious traditions that initially shaped them.  The percent of white Democrats who never attend religious services (44 percent) just happens to be exactly the same as the percent of Yale class of 2019 undergraduates who entered college identifying as “atheist, agnostic, or nonreligious.” And while this might be merely a coincidence, it seems to point to a larger reality: the views of white Democrats on cultural issues such as abortion, gender, and sexuality are almost identical to the views of the majority of elite college students, while the views of non-whites (who, on average, are much less likely to have attended a top-tier college or, in many cases, any college at all) often diverge radically. Highly educated cultural liberals often imagine that their progressive views resonate with lower-income, racial minorities who want affordable healthcare, lower housing costs, and sustainable wages, but in many cases, they do not.

To be sure, earning a degree from an Ivy League college or another highly selective institution by no means necessarily suggests that one is out of touch with the socially conservative values found among some in the working class.  There is, of course, a sizable minority of cultural conservatives even at the most liberal colleges.  Nor is it impossible for a Democratic candidate with an elite college education and progressive views on cultural issues to appeal to working-class voters, since Bill Clinton (a graduate of Georgetown and Yale Law School) and Barack Obama (Columbia and Harvard Law School) both did this very effectively.  But both Clinton and Obama were masters of expressing their liberal views in a religiously inspired language of cultural consensus that demonstrated respect for the cultural values of socially conservative voters.  Whether the current crop of young Democratic presidential contenders can do this effectively remains to be seen.  The preference of African American voters and other people of color for an older white man with working-class roots over any of the younger African American or Hispanic candidates in the race suggests that so far, they have not.

If the younger generation of Democratic politicians would like to be the face of the party’s future, they may need to take a page from the party’s past and exchange their rights-based, cultural liberalism for a jobs-focused message that is sensitive to the social issue concerns of the millions of party members who have never set foot on an Ivy League campus.  The younger Democratic presidential candidates might be Ivy League graduates, but to win support from the rest of their party they will need to translate their ideas into a cultural vernacular that they probably did not learn in the classroom.