Jerome Braun writes in interdisciplinary social science with some emphasis on culture and personality and on democracy from a cross-cultural perspective. He was a Research Student in Industrial Relations at the London School of Economics, which resulted in his book The Humanized Workplace: A Psychological, Historical, and Practical Perspective (Praeger, 1995). His most recent book is Democratic Culture and Moral Character: A Study in Culture and Personality (Springer, 2013).  He has been a Visiting Scholar at Loyola University, Chicago, Dept. of Sociology since 2014. 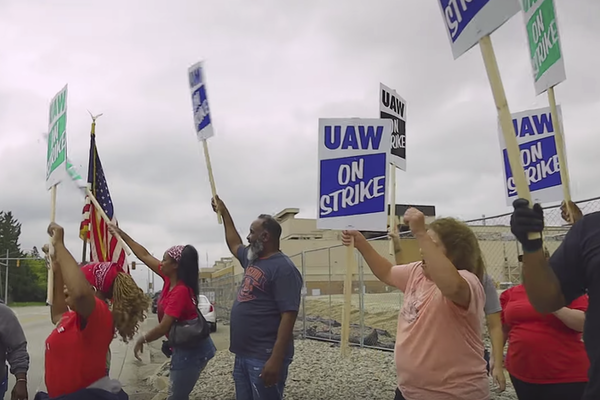 Thomas Paine’s Common Sense, the pamphlet of the American Revolution, was so influential in rallying  people to support independence because it so clearly stated what most Americans believed.  In that same tradition here is a reflection on American politics that may be useful now for our own summer soldiers and sunshine patriots. It is particularly fitting because some of the complaints that the patriots of that era registered against the British Parliament can be made against our own politicians.  Since in some ways we suffer from similar fears, we may also need to be reminded that according to Thomas Paine that, “though the flame of liberty may sometimes cease to shine, the coal can never expire.”

The patriots who rebelled against British rule were not simply nationalists with a dislike of foreigners.  Some European revolutionaries in the twentieth century were like that, but that was not the original American tradition.  Our early patriots wanted justice, not an ethnic ghetto. The colonists thought the British Parliament, and the King who was the head of the patronage machine that ran Parliament, were not interested in their affairs- a common colonial complaint, then and now.  The American colonists no longer in need for British protection against intrusions from the French in Canada, now wanted more from British politics than increased taxation without input from them on how much it would be and how it would be spent.  They thought British politics was corrupt because their political parties institutionalized the selfish interests of particular groups in their own society.  In eighteenth century British politics, the Whigs represented the interests of the big business class, somewhat like our own Republicans, and the Tories represented the interests of those with hereditary wealth who formed, to a large extent, the leisure class and the cultural elite, somewhat like our own Democrats. However, in both cases these were leaders without a political base since the mass of people could not vote. No one actually represented the great mass of working-class people.   Nevertheless, both of their political parties claimed that they represented everyone’s interests.

The ideal in America after the Revolution, which was also the ideal of the British public then though not well practiced, was that the notables of the community would represent their communities in politics. Thus, there would be no political parties, no professional politicians, no patronage machines, and no passing of laws that served only special interests.  Though there would be state militias, there would be no large standing army ready for use in unnecessary wars.  It was truly a utopian vision.

While the right to vote has been greatly expanded over what it was in the eighteenth century in both Britain and America, politicians in both countries still treat politics as a profession - the profession of running for office.  Since, at least for some of them, their major talent is not developing policy but running election campaigns. As a result, many of them have become very dependent on others including lobbyists who supply them with policy ideas.

Much of modern American political strategy, whether Democratic or Republican, depends on a disinterested public.  Many politicians rely on this apathy by communicating in depth with the public only as a last resort, while developing their policy ideas by continually communicating with lobbyists.  Poor civic education for the mass of the population, and mass media that emphasize entertainment even when it comes to covering political campaigns, contribute to the apathy of the public.  As part of the policy process followed by many politicians, triangulation to achieve a compromise between interest groups often results in merely finding a mid-point between the desires of the one percent and everyone else, not the golden mean of Aristotelian ethics.

Let’s look at an extreme example from our political history.  After the American Civil War, the moralists of the Republican Party in Lincoln’s tradition (the mugwumps) broke ranks with the party hacks but the party hacks won.  In fact, a major reason early Republicans were not very good at creating laws to foster common interests between the poor whites and the poor blacks of the South during the period of Reconstruction was that so many of the political hacks in Congress were more interested in representing the business lobbies primarily concerned with money-making investments in the South.  The Democrats who had abandoned support of  slavery were no better because they too were considered a party of professional politicians with self-serving interests.   There were politicians with more noble interests in both parties, but their influence tended to be outweighed by the influence of the party hacks.

What modern political leaders, both Democratic and Republican, lack is the courage of their convictions, unlike the Founding Fathers and more contemporary leaders like Andrew Jackson, Abraham Lincoln and Franklin D. Roosevelt.  Like all people they had their faults, but at least they had some political courage.  This is different from those presidents who entered politics for the perks of office, and for the money making opportunities this provided.

In contemporary politics, neither party has offered any significant plan for reforming our economic system, even to the degree fostered by the Progressives at the end of the nineteenth century who briefly fostered reform in both the Democratic and the Republican parties.  Things may change with the 2020 presidential election, but only time will tell.  Until now neither party has offered any comprehensive plan for an economic system in which elites are expected to justify being worthy of their positions of wealth and power while everyone else receives the leftovers of the economy.   Up to now those with wealth and power continue to use their positions to remain in power.

Democracy should include citizen input in setting political agendas and choosing candidates whose platforms they legitimize through their vote.  They should also have some influence on the oversight of these elected officials, making sure they keep their promises, and ensuring that they don’t engage in even more serious ethical violations. From the beginning and at least informally, since it took time for the right to vote to become broadly based, this has been the American ideal.  Now many people are disheartened and don’t bother to vote, which many professional politicians usually find quite satisfactory for their purposes.  The reasons include gerrymandering. In doing so the success of one party or another in an oddly shaped district is almost guaranteed. As a result, a sense of hopelessness due to citizen apathy tends to guarantee the success of political machines, and failure by the mass media and communal organizations at informing the public about what policy options are available and how they are relevant to their lives occurs. In depth discussion is what is needed, not polling with pre-selected questions that fail to communicate with the public in depth.

These American political ideals take for granted that the basis for political legitimacy in a democracy should be concern for the res publica, the common good from which the word republic derives.  Lawmakers should always be concerned with the consequences of the laws they pass, including their side effects.

We have forgotten the true nature of democracy; a state where government reflects the will of the people, before, during, and after elections.  A democracy where politics is the prerogative of elites comes easy, which is why effective democracy has been so rare, and monarchy has been so common.   The original ideal of American politics, both during the Federalist era when leaders were expected to have some aristocratic qualities patterned after British gentlemen, and in later, more democratic times, was that politicians should be the notables of the community, representing their poorer neighbors, not professional politicians out to make money for themselves.

I still wonder why union leaders, late in their careers, almost never run for political office.  If they do not constitute what it means to be representatives of the community, then there are few who fit that category.  A mass of apathetic citizens who treat politics as a source of entertainment rather than an opportunity to investigate policy is one reason such potential leaders know they will find little support from their fellow citizens.  Additionally, the sheer anonymity of American society compared to the generation of the Founding Fathers makes in-depth communal discussion that much more difficult, the simplifications offered by the mass media notwithstanding. The American political system is out of sync compared to the hopes and ideals of the generation that gave us the American Constitution.  Thomas Paine would not be pleased, though he might have said if by some quirk he could foretell the future, “I told you so.”