Citations Are a Metaphor for Erasure in American History 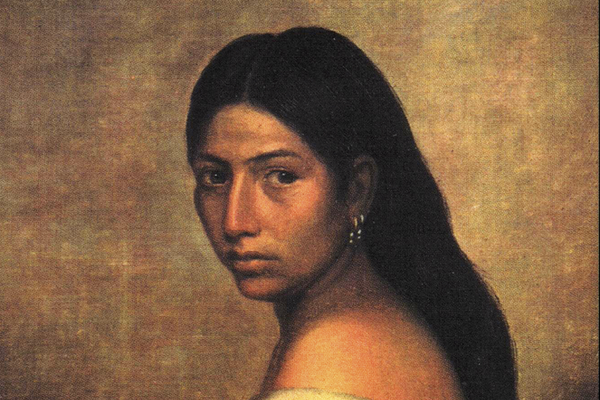 This past week, educators, politicians, and activists debated if Americans should celebrate Columbus Day or Indigenous People's Day. Is the second Monday of October a day to commemorate the famous explorer or one to remember the people who endured imperial violence at his hands?

As a Black female historian and writer, I think this debate is directly connected to a key issue that historians routinely grapple with: citations. In many ways, the issue of citations (or the lack thereof) is a fitting metaphor for the erasure of Black people, people of color and women in American history. Citations determine how some voices are documented and remembered and how some go missing from the historical narrative.

Recently, many historians and others expressed concern about an article in the Washington Post which initially neglected to cite my book, The Weeping Time: Memory and the Largest Slave Auction in American History (it was later corrected).  On the one hand, it was very refreshing and encouraging to see the Washington Post discuss such an important historical event and period, but the oversight of my work raised important issues beyond the article itself.  My book, published by Cambridge University Press two years ago, took the same angle as the proposed project of the authors profiled in the Washington Post article. I tracked down 15% of the original 429 men, women and babies who were sold at that fateful sale on March 2-3, 1859. Others had previously written about "the Weeping time," including Catherine Clinton, Diana Ramey Berry, the late Malcolm Bell, landscape architect Kwesi DeGraft-Hanson and public official and Darien resident Griffin Lotson, but my book was the first full length scholarly monograph to track the descendants of the auction to the present day.  I also highlighted the research some descendants have done on their own history.

I embarked on this ten year research project (which is ongoing) to give voice to the enslaved instead of centering the perspective of white slaveholders. Using contemporary newspaper accounts, slave narratives, census records, birth and death certificates as well as oral history accounts, I centered the voices of those who were most adversely impacted by this auction: the enslaved. At the opening of the book, I wanted to take readers on a journey back to 19th century antebellum America--to the scene of the crime, if you will--to the auction block that routinely separated families. I told the story of cotton hand Jeffrey and rice hand Dorcas who were engaged to be married but then ripped apart.

I wanted readers to see and hear what they experienced. There can be nothing sensational about the raw experience of losing a loved one. There is no drama that needs to be added to a scene in which a person on whom you have pinned your hopes, dreams, and future progeny is no longer a part of your story. I wanted readers to see and experience the horror of that separation--a separation that some of the families at our border are experiencing today.

Additionally, this research revealed the remarkable resilience of African American families. This was particularly evident in the 15% sample that I followed from the auction to the present day through their descendants. The Civil War broke out only two years after the auction and some of those who had been sold joined the fight for their own freedom. When the war was over, they then fought to exercise the full fruits of freedom: obtaining an education, diversified work opportunities, and voting rights. Exercising their rights also included buying land and making it profitable as Karen Bell's excellent award winning book, Claiming Freedom: Race, Kinship and Land in 19th Century Georgia, makes so abundantly clear. Many chose to formally marry since marriage as an institution beyond jumping the broom had not been universally available to the enslaved as Tera W. Hunter brings to light in herbook, Bound in Wedlock.

Today, a number of these descendants are productive members of their community. They are public officials, educators, cultural interpreters, business people and students. That said, the historical record reveals evidence of early deaths, land grabs and discrimination. Life for many became a series of migrations and weeping times--North and West in search of a better life or away from the terror of the KKK.

But overall, I found that their story did not end on the auction block. I was struck by how easily this and other untold stories of the African American experience have slipped out of the collective memory of America. Some voices are heard and others muted.

This issue pertains not just to what historical narratives we learn and remember, but also to who writes this history. For a long time, the Western historical field was dominated by men, in particular white men, yet today more and more women and people of color are historians.

Against all odds, the indomitable historian and civil rights icon Mary Frances Berry and the influential Nell Painter challenged the largely one-dimensional perspective of the field and paved the way for many of us. Berry is still blazing trails with her latest work, History Teaches us to Resist.  Deborah Gray White's pathbreaking Arn't I A Woman about the unique experience of Black female slaves almost did not get published. Now it is a standard in the field. The work of these women and so many more pioneers--including the incomparable Toni Morrison and Paule Marshall--have enriched the historical record by telling stories that otherwise would not have been told.

It is for this reason that there was a considerable reaction on social media to what many saw as my erasure in the Washington Post article. Henry Louis Gates Jr. and James Swanson have apologized for this oversight, and the reporter, Michael E. Ruane, has since added a line that acknowledged my work. Although this erasure in the article has been corrected, it raises the very issue of erasure of the Black experience and especially the Black female experience, including Black female scholars.

My hope is that this incident reminds us that we don't need more "Christopher Columbus moments," in the words of Tulane historian Roseanne Adderley. No more "discovering" places that someone else already occupies. And though we can not rewrite history--Christopher Columbus did come to the Americas in 1492--we should not write him out of history. Inspired by the best aspects of the civil rights and feminist movements, we should not write anyone else out of history either.

There was also a ray of hope in the midst of this debate. Many interested parties gave voice to their concerns. In so doing, they affirmed the importance of citations and acknowledgment. Women and men of all different backgrounds--Black, White, Asian, Latino, South American--demonstrated their investment in African Diaspora Studies in World History. There were also many in the general public who voiced concerns, showing a larger interest in history and scholarship. In times like these, we all need to be students of history who know that the stories we tell about our past deeply affect how we live, work and relate to each other in the present.

No one does anything of worth alone.  We cite our sources because the work of others has made our work possible. We are building an edifice and each of us has a brick to lay. But more than that, especially for those of us who are people of color and/or who are women who have stood for so long at the margins of society, we are adding our voices to a literal and intellectual marketplace which once saw us only as commodities.

Yet as the debate over Columbus/Indigenous Peoples Day comes to a close this year, we can affirm that we are commodities no more.

All our stories matter. All our voices matter. 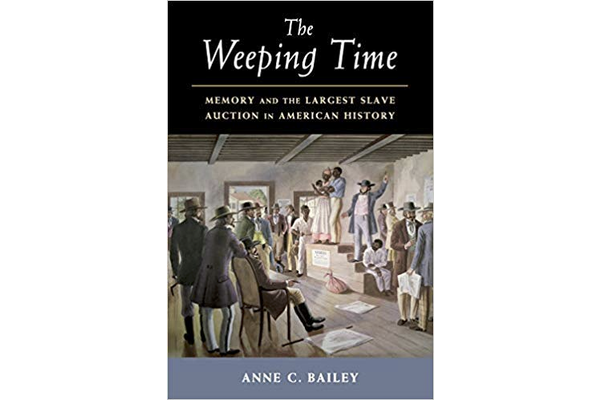