Kindergarten Goes to the University Classroom: The Educational Value of Show and Tell

Andrew Joseph Pegoda, Ph.D., teaches women’s, gender and sexuality studies; religious studies; and first-year writing at the University of Houston and has previously written for numerous publications including The Houston Chronicle, Inside Higher Ed, and The Washington Post. Pegoda can be reached at @AJP_PhD or at https://andrewpegoda.com. 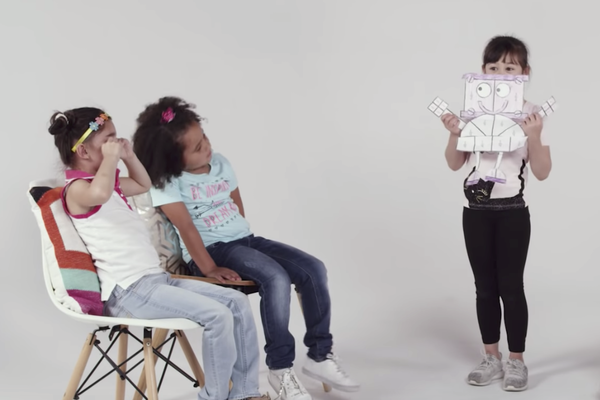 During the Fall 2019 semester, I experimented with having students do 10-minute Show and Tell presentations in my Secularisms/Atheisms religious studies and U.S. history seminar. The results couldn’t have been better. Students learned about numerous world views through everyday objects and the related conversations.

We had one presentation at the beginning of each class. I asked students to bring something important to them that would give us insight into their life -- with an emphasis on atheisms, theisms, and/or secularisms. They could also share an important video clip or website, for example, if they preferred. I asked everyone to pass around what they brought and tell us why it holds importance to them. Afterward, questions were encouraged.

The results were amazing. Every student came prepared on their assigned day. Every student brought not just one, but several artifacts from their life!

In particular, one student created a secular group in the high school he attended, the first of its kind. He told us about the struggle he faced starting the group and shared copies of written correspondence he had with administrators. He also brought flyers from the student group he successfully created.

Two students shared artwork related to their atheism. One person brought a self portrait and explained that “the painting depicts me in Plato’s Cave, walking toward the entrance and looking back at the others chained to the wall. Plato’s ‘Allegory of the Cave’ is a secular text that I did and still do regard with reverence.” The other student brought two of her paintings and explained how the canvas is her escape.

Some of the presentations served to teach the class about the world’s religious traditions.

One student brought his three lucky charms - a coin, a purple stone, and a necklace. Another student brought a Virgin Mary keyholder and a Virgin Mary necklace and explained how her mother gifted the keyholder as a housewarming gift and as something to keep her safe. Another student, no longer religious, brought the gifts from his grandmother after his first holy communion in the Catholic Church.

And so much more.

Show and Tell quickly generated more and more excitement among the class as the days went by. There were also plenty of questions, sometimes more than we had time to address.

Items student brought and the resulting conversations, all in the first ten minutes of class, helped students appreciate and connect with the material in both academic and in personal ways and helped serve as a “warm up” before our discussions over the assigned texts for the day.

Show and Tell served multiple learning outcomes. Students presenting practiced their oral presentation skills by explaining deeply personal artifacts to others and by answering questions from others. People who weren’t presenting on a given day learned about people and their religious beliefs or lack of religious beliefs -- there was no overlap between any of the presentations -- and demonstrated active listening and learning by asking questions. All students were always engaged with discourses relevant to history and to religious studies.

When asked for feedback, the consensus was unanimous: Show and Tell was deeply exciting and meaningful to students (and to me).

“Show and Tell reminds me of kindergarten but in a good way. I feel like they are an honest way to understand what is important to people and to get a look into their lives. In the context of our class, it has helped me have a better understanding of other people’s beliefs and has shown me what matters to the people I share the classroom with.”

“Show and Tell is a great practice in that it accomplishes so much in so little time. In just a few minutes, students not only learn about different perspectives from which to see the world we all find ourselves in, but also gain a sense of closeness and unity with our classmates by being able to put a foot in the door of other people's lives. This relationship results in greater empathy, understanding, and cooperation.”

“Show and Tell has been valuable on multiple levels. On a personal level, I got to consider how religion impacted my thinking as a youth and how those lessons continue to affect my thinking as an adult. I've also got to see how religion and irreligion have impacted my classmates, for better and for worse. The artifacts shared (the ‘show’ portion of the exercise) have given their experiences a tangible ‘realness’ that would be difficult to achieve through telling alone. More broadly, the exercise has further confirmed lessons I've learned in this class and previous religious studies classes, that no two people experience religion in the same way and that religion is pervasive, affecting even the most secular of individuals.”