The Dramatic Relationship Between Black America and the Academy Awards

Elwood Watson, Ph.D is an author, professor and public speaker. His latest book, Keepin’ It Real”: Essays on Race in Contemporary America was published by the University of Chicago Press. 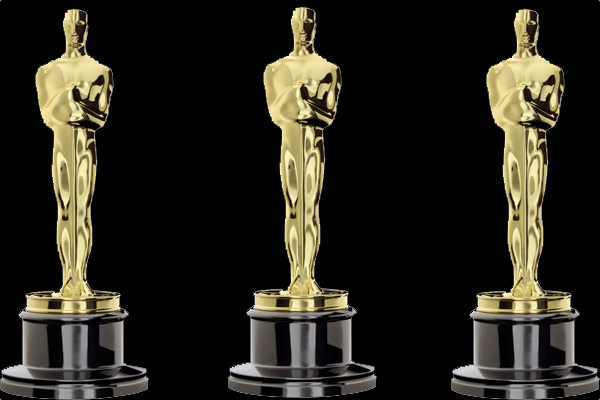 After weeks of hype, the Oscars air this evening. The announcement of the nominations last month reignited discussions of race and the Oscars. The number of nominees of color in the main categories was almost nil. With the exception of the nomination of Black British singer/actress Cynthia Erivo for her splendid performance in the Kasi Lemmons film, Harriet, no other non-White person scored a nomination. Anticipation that the mesmerizing Latina actress Jennifer Lopez, deeply engaging Asian actress Akwafina, hilarious legendary comedian Eddie Murphy, and other performers of color would be acknowledged by the Academy for their performances were quickly dashed on January 13th. In fact, it was a very white, very male roster of honorees.

As has been the case over the past few years, the roster of acting and directing nominees were intensely dissected and debated. Multiple Oscar nominated actor Joaquin Phoenix spoke truth to power at the BAFTA awards when he directly and passionately decried and criticized many of his peers, as well as himself, for the pitiful dearth of actors of color being acknowledged for their performances. Mega influential fiction writer, Steven King found himself in the middle of an intense debate when he stated that talent is the sole criteria that should be considered when judging art and that race, gender etc. should not be considered.

After a torrent of fierce criticism directed toward him, the much beloved and admired author backtracked and retreated from his initial comments and conceded that race is indeed a crucial factor in Hollywood, as it is in virtually every avenue of American life. His initial remarks demonstrated a degree of tone deafness and quite frankly, arrogance among a person who prides himself on being politically, socially and culturally progressive. While his comments may have been fuel for commentary among the mainstream media, they were hardly surprising among many, if not most, Black Americans. Indeed, King's comments epitomized and validated a long running historical pattern of White liberal arrogance. The white liberal who believes his or herself to be so socially and culturally adept that they eventually arrive at the conclusion that any comments they espouse are valid or worthy of praise. Mr. King got a rabid dose of reality. Whether he was genuine in his sudden contrition not, the fact is King’s “sudden epiphany” was right on target. This has particularly been the case as it relates to Black America and the academy.

In July 2013, American film marketing executive Cheryl Boone Isaacs was named president of the Academy of Motion Pictures of Arts and Sciences. (AMPAS). She was the first black American (and only third woman after actresses Bette Davis and Fay Kanin) to be selected to head such a prestigious organization. She held this position until 2017. Several decades earlier in 1939, Hattie McDaniel became the first black person to win an Oscar for her performance in the classic movie Gone With the Wind. Her victory was a bittersweet one in the fact that her speech was prepared for her and she and her guests were forced to set in a segregated section of the building where the event took place. These two similar yet distinctive examples are representative of the complex relationship between black Americans and the Oscars.

From its origin as a small dinner party of a few actors and actresses, movie executives and producers in 1927, the Academy Awards soon moved to ceremony status in 1929. Along with fellow ceremonies such as the Miss America Pageant, the Super Bowl, the Grammys, etc., the Oscars has remained one of the most watched annual events by Americans as well as viewers throughout the entire world.

Throughout its existence, the African American community has had an ambiguous relationship with the Academy Awards. While the selections of McDaniel and Boone-Isaacs as best supporting actress and Academy president were significant by any standard and well applauded, the history of blacks and the Academy has been somewhat complex. After Hattie McDaniel won her Oscar, it was not until a decade later in 1949 that another black actress, Ethel Waters, was nominated for best supporting actress for her performance in the movie Pinky. Unlike McDaniel, Waters was unsuccessful in her quest to win an Academy Award. She lost to fellow Pinky co-star Jeanne Crain.

In 1954, beautiful Dorothy Dandridge was the first Black woman nominated for best actress in a lead role for her performance in Carmen Jones. The Oscar that year went to Grace Kelly for her performance in The Country Girl. It was not until 1958 that a black male, Sidney Poitier, was nominated for an Oscar for his convict role in The Defiant Ones. Poitier was also nominated in 1963 and became the first black man to win best actor as well as first black person to win an Oscar for best actor for his lead role as Homer Smith, a mercenary carpenter who serves as a handyman assisting a group of international nuns in the Arizona desert in Lillies of the Field.

While his performance was a good one, there is no doubt that the broader cultural and political landscape influenced Poitier’s win. Martin Luther King Jr.’s delivered his iconic “I Have a Dream” speech at the steps of the Lincoln memorial several months earlier during the summer of 1963 and newly elected president Lyndon Johnson was planning to sign the 1964 Civil Rights Act into law a few months later in July. These events likely influenced a number of Oscar voters. Legendary mid 20th century gossip columnist Hedda Hooper, who was also known to be racist and anti-Semitic, was also an Anglophobe who detested the number of British actors who were nominated that year. As a result, she aggressively campaigned for Poitier. Talk about politics of the surreal. Such behavior gave credence to the saying that politics makes strange bedfellows! Thus, the political, social and cultural climate had aligned with the stars to work in the actor’s favor. This also demonstrated credence to what the late, high society author and cultural critic Truman Capote stated - that politics and sentiment are major factors as it relates to the Oscars.

Milestones aside, Poitier’s triumph was short lived as Black performers received scant and sporadic nominations throughout the next decade following his historic win. James Earl Jones, Diana Ross, Cicely Tyson and Diahann Carroll were among those who received the academy’s blessing during the early 1970s. Then, from 1975–1981, not a single Black performer was acknowledged with a nomination. Howard Rollins’ nomination in Ragtime in 1981 disrupted the long running drought. The following year,. Louis Gossett Jr. won an award in 1982 for his role as a tight and tough as nails drill sergeant in the movie An Officer and a Gentlemen. Frustrated by the continuing dearth of representation among Black performers gracing movie screens, in the early 1980s, the Hollywood branch of the NAACP criticized the Academy for what it saw as a chronic lack of black nominees.

During the mid 1980s, The Color Purple, a film directed by Stephen Spielberg based on the 1983 Pulitzer Prize-winning novel by Alice Walker was nominated for 11 Academy Awards. The film became a lightning rod of controversy and set off a number of heated and passionate debates in the black community, particularly for its less than stellar depiction of black men. In fact, even conservative publications such as the National Review, the vanguard of American conservatism at the time, denounced the film stating that there were not any black men in the movie that had any admirable or redeeming qualities.

The Color Purple marked the first time that multiple black actresses received nominations for the same film; Oprah Winfrey, Margaret Avery and Whoopi Goldberg all received nominations. Despite its multiple nominations and excessive amount of attention it garnered, the movie failed to win any Oscars and tied the record for the most nominated film to not win any Oscars with the 1977 movie, The Turning Point. What made this controversy even more interesting (arguably amusing) was the fact that many of the same people, including the Hollywood branch of NAACP, who were critical of the movie “threatened to sue” the Academy for failing to award any Oscars to the movie. There is no doubt that such a suit would have been unsuccessful—how, for example, would anyone know which of the 4800 members voted for the for or against the movie?

Eventually, the Hollywood NAACP came to its better senses but its initial reaction was not the finest moment for the civil rights organization.

During the 1988 Oscar ceremony, Hollywood mega superstar Eddie Murphy took the Academy to task decrying what he perceived as the lack of sufficient recognition given to black performers in the movie industry before giving the award for best picture that year.

During the 1990s, black actors were increasingly nominated for their performances by the Academy, including Denzel Washington, Angela Bassett, Whoopi Goldberg, Laurence Fishburne, Morgan Freeman and others. Goldberg became the second black woman to win an Oscar in 1990 for her role as the psychic medium in Ghost.

By the 21st century, black nominees have been a regular staple in the Oscar circuit. In 2001, a year dubbed by a number of blacks and (and non-blacks) as “the year of the black Oscars,” the Academy honored Sidney Poitier with a lifetime achievement award. Denzel Washington, Will Smith and Halle Berry were also nominated for best actress/actor. Berry and Washington were victorious. For Washington, it was his second academy award. Berry would become the first and currently only black woman to win best actress.

A number of black nominees including Chiwetel Ejiofor, Lupita Nyongo, Barkhad Abdi have been nominated in the best actor and supporting actor and actress categories. In 2013, black British director Steve McQueen became the first Black person to receive the best film honor for his film 12 Years a Slave and Lupita Nyong'o won best supporting actress for her role in the film. In the weeks leading up to the award ceremony, Fox Searchlight Pictures aggressively showcased posters of the film displaying the statement “It’s time.” There was nothing ambiguous about the message.

McQueen’s triumph aside, there have only four black directors nominated: McQueen, the late John Singleton (1991’s “Boyz n the Hood”), Lee Daniels (2009’s “Precious”), and Barry Jenkins (“Moonlight”). Moonlight won best picture in 2016 allowing Jenkins to join McQueen as the second Black person to win an Oscar for best picture. A Black director did receive an Oscar in the past year, but it was an honorary one. Never one to shy away from controversy, legendary director Spike Lee used his acceptance speech in 2019 to forcefully, directly and candidly remind the industry that the world is changing, and will soon be minority white. “All the people out there,” he said, “who are in positions of hiring: You better get smart.”

Whatever your opinion, in spite of its historically reductive and often complex history as it relates to race, the truth is that the Oscars have been a mainstay in American popular culture and have been influential in the lives of a number of black entertainers and I, like millions of people all over the world, will likely be tuning in on February 9th to see who will take home an Academy Award.

Editor's note: This piece was updated to note that Lupita Nyong'o won for best supporting actress in 2013.