The Travesty of the Century 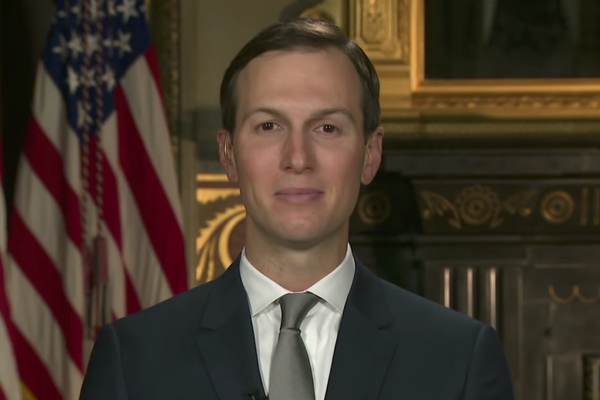 After three years in office, one can hardly be surprised at what Trump is capable of saying, doing, or scheming. In the middle of his impeachment trial, Trump finally released his “deal of the century”—a deal that completely ignored several United Nations resolutions, accords that were sponsored by the European community and the United States, and bilateral agreements between Israel and the Palestinians. Trump assigned his ‘internationally recognized top expert on Middle Eastern affairs’, Jared Kushner, to come up with a deal to solve a seven decades-old conflict that has eluded every American administration since 1948.

Whereas the US has over the years played a central role in the effort to solve the Israeli-Palestinian conflict, no American administration has provided such a detailed proposal, certainly not one that grants Israel all of its wish list. Every past administration knew full well that prejudicing the outcome would doom any prospective deal from the start, and thus settled on providing a general outline consistent with prior internationally recognized agreements.

When it comes to Trump though, prior interim agreements, UN resolutions, and numerous face-to-face negotiations between both sides simply do not matter. Instead, he relies on his “negotiating skills” and crude audacity to offer a solution that no one who has any deep knowledge of the history of the conflict, its intricacies, and its psychological and pragmatic dimensions would even contemplate.

It is important to note however, that both Israel and the Palestinians have over the years denied each other’s right to exist in an independent state, and to suggest that one side or the other is innocent and wholly wronged is a fallacy. Both have contributed to the impasse and both are guilty for failing to adhere to the numerous agreements sponsored by the international community, to which they initially subscribed. The following offers a synopsis of these resolutions and agreements.

On November 22, 1967 the UNSC passed Resolution 242 “Emphasizing … respect for and acknowledgement of the sovereignty, territorial integrity and political independence of every State in the area…to live in peace within secure and recognized boundaries…”

On October 22, 1973 the United Nations Security Council Resolution 338 “Calls upon the parties concerned to start immediately after the cease-fire the implementation of Security Council resolution 242 (1967) in all of its parts…”

On September 17, 1978 the Camp David Accords declared “the agreed basis for a peaceful settlement is…United Nations Security Council Resolution 242, in all its parts”.

On March 28, 2002 the Arab Peace Initiative, which was unanimously endorsed by the Arab League and the international community, including a majority of Israelis, “[called] for…Israel’s acceptance of an independent Palestinian state with East Jerusalem as its capital…”

On April 30, 2003 the Quartet’s (US, EU, UN, and Russia) Road Map for Peace insists “a settlement…will result in the emergence of a…Palestinian state living side by side in peace and security with Israel and its other neighbors.”

Trump however, in his wisdom, chose to completely ignore these prior resolutions and instead focused primarily on what he considers ‘best for Israel’, albeit the deal will do more harm to Israel than he could possibly imagine. I dare say that he may well understand the dire implications for Israel, but cares less as long as it serves his interests.

Trump is known for violating international accords; he withdrew from the Paris Accord on climate change, the Iran deal (JCPOA), and trade agreements with China, Canada, and Mexico, and domestically revoked scores of regulations enacted by the Obama administration. To be sure, he wants to put his own mark on everything, whether he agrees or disagrees with the subject matter.

This raises the question by what logic Trump can assume upon himself the political, religious, and moral right to divide an occupied land between Israel and the Palestinians in defiance of all previous accords and internationally recognized agreements?

Whereas he consulted with the Israelis ad nauseum on every provision of his Deal, he completely ignored the Palestinians. Notwithstanding the fact that the Palestinians severed direct talks with the US as a result of Trump’s recognition of Jerusalem as Israel’s capital, at a minimum he should have initiated back-channel contacts with Palestinian leaders and considered their requirements that could ensure some receptivity rather than outright rejection.

Moreover, for Trump to unveil his grandiose Deal standing side-by-side Netanyahu sent an unambiguous message as to where he really stands and to whom he is appealing. This scene alone was enough to disgust even moderate Palestinians, who otherwise would have at least paid lip service to the Deal. But that was not on Trump’s agenda. On the contrary, he did so deliberately for his targeted audience—and in that, he succeeded.

Like everything else, whatever Trump touches dies, and if there was any hope for an Israeli peace it has now been deferred for years if not decades. The Israelis will waste no time to act on all the provisions provided by the Deal. Ganz, the leader of the Blue and White Party, has already stated that if he formed the new Israeli government, he would annex all settlements and the Jordan Valley.

For Ganz, just like for Netanyahu, American political support is what matters, irrespective of any other internationally recognized accords that have granted the Palestinians the right to establish an independent state of their own.

To be sure, Trump’s peace plan should be renamed “the travesty of the century” for which Israelis and Palestinians will pay with their blood.