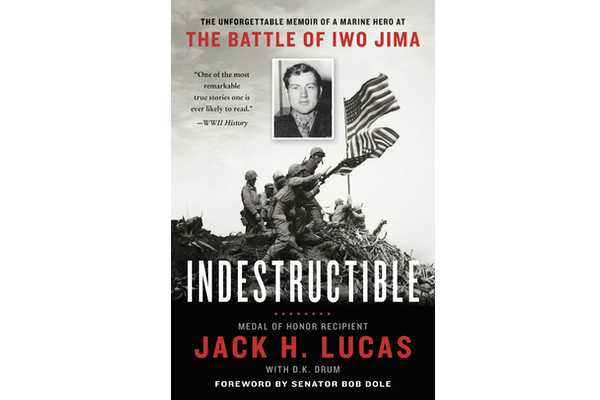 Though I was just thirteen when I decided to march on Japan, ride the wave of American retribution, and make the Japanese pay for the attack on Pearl Harbor, I had already passed from boy to man. I thought I knew it all. Though I had yet to see friends evaporate before my eyes, or an enemy bleed out and die by my own hand, I had loved and now I had hated and I considered myself more than ready to go to war.

That I would find both the need and the strength to pull a live hand grenade to my gut while a second grenade lay beneath me, ready to detonate, would have astonished me even in my moments of greatest bravado. I went to war with vengeance in my heart. I went to war to kill. Such is the irony of fate that I will be remembered for saving the lives of three men I barely knew.

My journey into manhood began one bleak October afternoon when my beloved father drew his final breath, having lost his long battle with cancer. I was eleven years old. Afterward, I pushed away any man the lovely widow, Margaret Lucas, attempted to bring into our lives. I did not need a man; I was one. I was a tough kid who loved to fight. I was rebellious by nature and had a hair-trigger temper. Troubled in general: that was the young Jack Lucas.

As my inner turmoil heated up so did world events, and with the reprehensible bombing of Pearl Harbor, we both boiled over. I lived by my wits and often made up my own rules, leaving a trail of broken jaws and busted lips as I went along. So, it was not much of a stretch on my part when I found a way to join the United States Marine Corps, though I was only fourteen at the time. I went AWOL to catch a train headed in the direction of the war. Then I stowed away on a ship to reach one of the Pacific’s worst battlefields. I figured, if I figured anything at all, that if I was shrewd enough to impose my will on the United States Marine Corps, the Japanese would give me little trouble.

Having already borne the weight of my life’s biggest loss, I was not afraid to face whatever awaited me on Red Beach One, Iwo Jima. I had no way of knowing that in a matter of a few short hours I would make the most important decision of my life and in the lives of three members of my fire team. The choice would be mine: either I could die alone or all of us would die together.

Excerpted from Indestructible: The Unforgettable Memoir of a Marine Hero at the Battle of Iwo Jima. Reprinted with permission. Copyright Harper Collins, 2020.