He Said, She Said: In the Matter of Nat Turner

Christopher Tomlins is the author of the forthcoming book In the Matter of Nat Turner: A Speculative History (Princeton University Press). 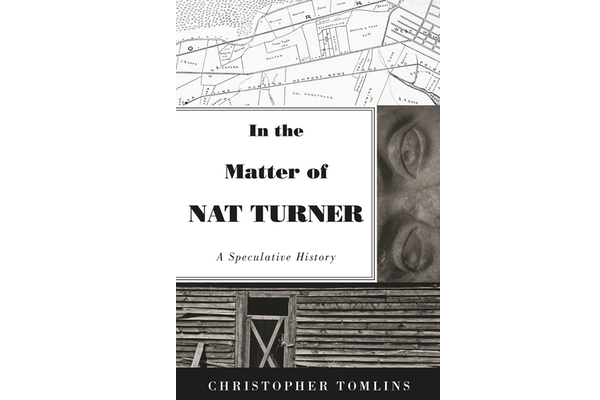 Who was Nat Turner? We know precious little about him. We know that he was a Virginia slave and that in August 1831 he led a rebellion that resulted in the death of fifty-five whites, more than would die in any violent encounter between whites and blacks prior to the Civil War. For some that means Turner was a hero, a black life that mattered and could not be ignored, that forced itself into the lives of oppressors with dire consequences for all those who would hold children and women and men as captives in unending toil. For others it means Turner was a villain, a “fanatic” who plotted “woe and death.” How are we to decide who Nat Turner was? I suggest we start by listening to him.

Through the scribbles of his “confessor,” the white Virginia attorney Thomas Ruffin Gray – down on his luck, hoping to cash in on Turner’s notoriety – Turner left us an invaluable account of himself that Gray published in his famous pamphlet The Confessions of Nat Turner, shortly after Turner was hanged. But the deeply Christian, evangelical figure who appears in that account, moved by an extraordinary faith, is one that many observers have pushed aside, dismissed as a “dangerous religious lunatic” obsessed by “deranged visions.” Fifty years ago, the late Eugene Genovese, noted historian of slavery, hailed Nat Turner as a man who deserved “an honored place in our history” because he had “led a slave revolt under extremely difficult conditions.” This was the Turner that Nate Parker recently celebrated in “Birth of a Nation” (2016). But the same Genovese derided Turner as a single-minded religious fanatic, a “madman who had no idea of where he was leading his men or what they would do when they got there.” Like Genovese and Parker, the novelist William Styron wanted to encourage Americans to reflect on the violence and trauma of slavery, and so in hisConfessions of Nat Turner (1967) he tried to imagine a Nat Turner that he thought white Americans would be able to understand and commiserate. But to do so Styron discarded the “religious maniac,” the “demented ogre beset by bloody visions” that he believed he had encountered in the archive of Turner’s Rebellion. In his place he invented a different person, someone actuated not by faith but by what Styron took to be “subtler motives” shaped by his “social and behavioral roots.”

It seems that those we seek to mobilize, whose stories we seek to tell, must first be made to conform to the story we desire to tell of them. Genovese wanted Nat Turner to look like Gabriel Prosser or Denmark Vesey – a stern, disciplined revolutionary. So did the great black writer Arna Bontemps, author of Black Thunder(1936), a novel about Gabriel’s Rebellion, and Drums at Dusk (1939), about the Haitian Revolution. Bontemps had considered writing about Turner, but had been turned off by his “‘visions’ and ‘dreams,’” his “trance-like mumbo-jumbo.” As for William Styron, he wanted Turner to be his means to, as he put it, “know the Negro.” But in order to know this Negro, Styron had to transform him into someone he wanted to know. “I didn’t want to write about a psychopathic monster.” All had their own reasons for not listening to Nat Turner. And so, all the while, Turner looks on, helpless and silent.

In this country, it is the especial burden of people of color not to be heard, even when speaking plainly. Whether on the street, or in the classroom, or in the legislature, or on the stump, “speaking while black” invites an absence of reception, of listening, of comprehension.

Nat Turner spoke while black. When pressed to explain what the whites called his “insurrection” he had resort not to a language of revenge, or revolution, or self-expiation, or guilt, but to an eschatological cosmology of revelation and judgment. He spoke of the deep marrow of his religious ideation, the evangelical Christian faith that drove his apocalyptic eschatology all the way from the dawn of discipleship, to visions of the crucifixion and Parousia, and on to the Last Judgment. This was his explanation of what he called “that enthusiasm, which has terminated so fatally to many, both white and black.” But our stories of Turner have secularized him. They have turned him into something easier to recognize: a rebellious slave. The result is, the Turner who in fact spoke plainly about himself has been rendered mysterious, an enigma: “the most famous, least-known person in American history.”

It is, perhaps, human nature to seek out a particular historical personage that we wish to render admirable, or to vilify, a particular politics we wish to celebrate, a particular “knowable Negro” we wish to know. And whether we are scholars, or novelists, or film-makers, no doubt we will find them. But when we find them, particularly white historians like me, we should first listen carefully to what they have to tell us about themselves.

Nat Turner spoke while black and asks us all to listen. If we are to understand him – to understand what sort of man he was, by whom he was charged to act, on whose behalf he acted, and why – we have to begin by listening.

And if people like me learn to listen to him perhaps we will learn to listen to others like him, those who also speak while black, those who have so much to tell about that circumstance and in so many languages; those who can tell what can never be known except by listening to them. Then, perhaps, all of us together we can make decisions about wrong and right, about what is justified and what is not, about who is hero and who is villain. But only then.