Alan Singer is a professor of social studies education and historian at Hofstra University, Hempstead, NY. He can be followed on twitter at https://twitter.com/ReecesPieces8. 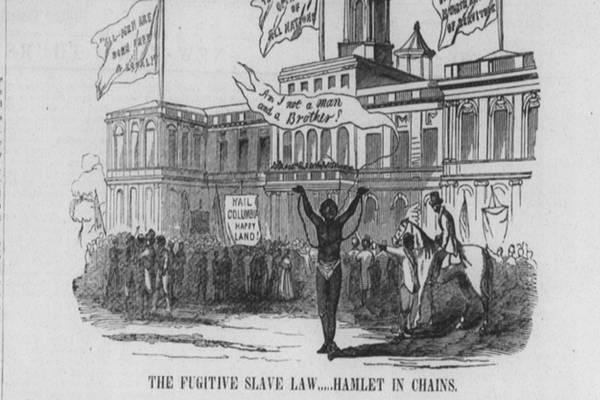 In 2015, Evelyn Sineneng-Smith, an immigration consultant based in California, was convicted of tax and mail fraud and of violating a 1997 law against encouraging undocumented immigrants to remain in the United States. Sineneng-Smith’s conviction was just argued before the Supreme Court and a decision is expected this session. A U.S. Court of Appeals decision invalidated parts of the “encouraging” law in December 2018. Judge A. Wallace Tashima argued, “criminalizing expression like this threatens almost anyone willing to weigh in on the debate.” The Trump administration argues the law only applies to individuals who provide “substantial assistance” to undocumented immigrants, but that is not how the law reads.

The Supreme Court has three options. It can rule narrowly, and declare Sineneng-Smith either guilty or not guilty without ruling on the constitutionality of the 1997 law. It can declare the criminal penalties for speech encouraging an undocumented immigrant to remain in the United State a violation of the First Amendment and unconstitutional. It can uphold both Sineneng-Smith’s conviction and the specific wording of the 1997 law criminalizing anything that encourages an undocumented immigrant to actively or passively resist deportation.

U.S. Code § 1324 has a clause titled “Bringing in and harboring certain aliens.” It includes sections that criminalize “any person who . . . knowing or in reckless disregard of the fact that an alien has come to, entered, or remains in the United States in violation of law, transports, or moves or attempts to transport or move such alien . . . conceals, harbors, or shields from detection . . . [or]  encourages or induces an alien to come to, enter, or reside in the United States.” It is also illegal to engage in “any conspiracy to commit any of the preceding acts” or to aid or abet the commission. Penalties for people who aid or encourage undocumented aliens include fines and imprisonment for between 5 and 10 years.

Driving an undocumented immigrant or housing them are pretty specific offenses, though not necessarily illegal and certainly not immoral. Aiding and encouraging someone are much more nebulous. Is feeding a hungry child or providing the child with medical care a crime? How about teaching a child to read or speak English? Does “I wish you would stay” or “I love you” cross the line into criminality? Is marriage an act of aiding and abetting?

A Supreme Court decision that broadly upholds U.S. Code § 1324 has the potential to drive a wedge in the nation, very similar to the Fugitive Slave Act of 1850 that played a major role in precipitating the American Civil War. The 1850 act fined marshals that did not enforce the law and civilians who refused to be part of deputations to recapture freedom seekers.

African American abolitionists and former slaves Frederick Douglass and Jermain Loguen denounced the law in speeches and essays. Frederick Douglass charged “Under this law the oaths of any two villains (the capturer and the claimant) are sufficient to confine a free man to slavery for life.” Jermain Loguen declared “I don’t respect this law—I don’t fear it—I won’t obey it! It outlaws me, and I outlaw it, and the men who attempt to enforce it on me.” Enraged abolitionists in the North rallied support to actively resist the law in Boston, New York, and Syracuse. Speaking in the United States Senate, William Seward (Whig-NY) denounced “the principle of the law for the recapture of fugitives, as… unjust, unconstitutional, and immoral; and thus, while patriotism withholds its approbation, the consciences of our people condemn it . . . We are not slaveholders. We cannot, in our judgment, be either true Christians or real freemen, if we impose on another a chain that we defy all human power to fasten on ourselves.”

Daniel Webster (Whig-MA) ultimately endorsed the Senate compromise that included the Fugitive Slave law declaring its passage necessary for the “preservation of the Union.”  It was a position that effectively destroyed Webster’s presidential ambitions.

The 1850 Fugitive Slave Act spurred resistance to slavery and the expansion of the Underground Railroad. Two years later, Charles Sumner (Free Soil/Ind., MA), newly arrived in the United States Senate, declared himself “openly against the usurpation, injustice, cruelty, of the late enactment by Congress for the recovery of fugitive slaves” and demanded repeal of the Fugitive Slave Act, demanding Congress “let its terrors no longer rage through the land.”

Ultimately the Fugitive Slave Act contributed to unbridgeable breach between North and South that propelled the nation to Civil War. A Supreme Court decision in United States v. Sineneng-Smith that broadens the authority of the federal government to suppress the rights of advocates for undocumented immigrants could well spur similar resistance and divide the nation irreparably.

As a historian, a teacher, and a citizen, I encourage undocumented immigrants to remain in the United States, especially those covered under Deferred Action for Childhood Arrivals. To paraphrase Jermain Loguen, if the Supreme Court tries to eliminate freedom of speech in the United States, I won’t respect its decision — I won’t fear it — I won’t obey it! It may outlaw me, but I outlaw it, and anyone who attempts to enforce it.