Are We Repeating Some Chapter of World History?

Peter N. Stearns is University Professor of History at George Mason University and once served as American Historical Association Vice President for Teaching. He is currently working on a book on Happiness in World History. His latest book, co-authored with Marcus Collins, is Why Study History? (July 2020). 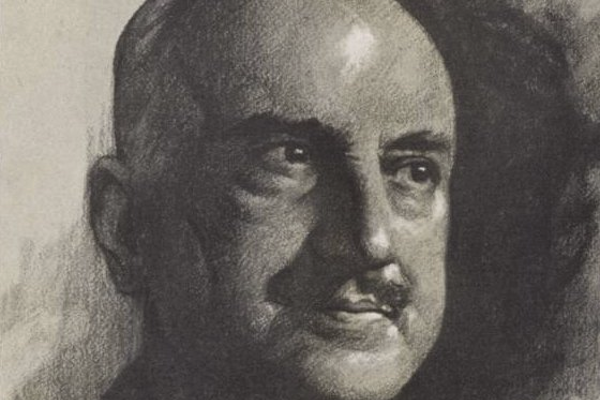 Any textbook treatment of our own time will obviously deal with the horrors of the pandemic (though take caution: the last big hit, the so-called Spanish flu, was actually quickly forgotten) and the huge changes in the position of Asia and Africa in world affairs. There’s plenty of novelty for future historians to chew over.

But it may also be possible to save some time by reusing a standard overview of the interwar decades and just altering the specifics. Here’s how we can easily repurpose what we already know in introducing the history of the 2020s.

We turn now to one of the more difficult passages of modern world history, when a number of complex problems began to combine. Ironically, just a few years before the new crisis, some observers had been singing the praises of decades of human progress. But there is no question that their optimism ignored a number of troubling developments, even before a new challenge arrived.

Authoritarian movements had been gaining ground for several years, in some cases displacing more democratic experiments as in several east-central European countries. Many observers commented on these distressing trends, but the leading Western democracies seemed unable to come up with any clear solutions.

At the same time, resistance to international cooperation had also been mounting. Notably, the leading international political organization, though formed in a sincere belief that it could promote peace, seemed increasingly ineffective, unable to resolve major points of tension particularly where the great powers were involved. Concurrently, some promising earlier moves in the area of arms control had also lost momentum, and there was little enthusiasm for any new efforts despite further weapons developments that might have spurred careful discussion.

Then came the massive global economic disruption, leading to widespread unemployment and mounting hardship in most parts of the world. In response, many countries seemed to turn inward, seeking measures that might protect short-term national interests and trading accusations about what countries were most at fault. There was a strong probability that many of these moves would actually make economic recovery more difficult while increasing other tensions.  And there was considerable likelihood that the continuing disarray would add to the authoritarian trend while further undermining transnational arrangements.

With all this, a concerted response from the Western democracies was notably absent. Britain, a traditional leader, had grown more suspicious of its erstwhile allies in Western Europe, which certainly hampered effective response. France was limited by internal political tensions. The United States, the West’s leading economy, seemed to be opting for greater isolation, explicitly attacking some of the leading international institutions and ignoring former allies in Europe. Many pundits commented on the rather mediocre quality of Western leadership, while intense polarization in some cases made it difficult even to agree on what the problems were.

And of course there were plenty of observers, both in the West and elsewhere, who assumed that the West was a decaying civilization in any event. For them, the current crisis was no surprise at all, as they pointed to the greater effectiveness of systems in other parts of the world.

Of course we don’t know yet whether we can use the next paragraphs in our well-thumbed textbook, which go on to discuss the emergence of a vicious new authoritarian regime and the descent of the major world powers from crisis to a brutal global war. But if so much of what we already know fits, the further connections are certainly conceivable.

Did I hear some smart aleck student mumble something about Santayana and the importance of remembering the past so we don’t have to repeat it?