Dr. Medoff is founding director of The David S. Wyman Institute for Holocaust Studies and author of more than 20 books about Jewish history and the Holocaust. 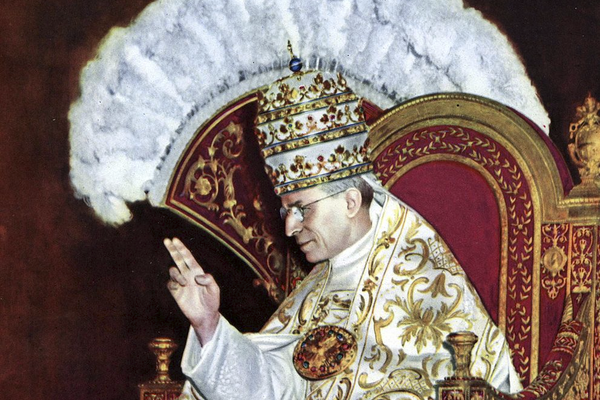 Researchers combing through recently-opened wartime records of the Vatican have discovered that a senior papal adviser, Angelo Dell’Acqua, told Pius XII in 1942 that reports of the slaughter of European Jews were unreliable because Jews “easily exaggerate.” Despite numerous other reports that Pius XII had received, which amply documented the atrocities, he chose to embrace Dell’Acqua’s perspective.

This new evidence dovetails with an episode that emerged from declassified U.S. government files many years ago. Those documents revealed that in January 1943, the American ambassador to the Vatican, Harold Tittman Jr., asked the Pope why his recent Christmas message, in which he mentioned the persecution of innocent people in Europe, did not mention either the Jews or the Nazis.

Tittman reported back to Washington that Pius XII replied “that he ‘feared’ that there was foundation for the atrocity reports of the Allies [about the Jews] but led me to believe that he felt that there had been some exaggeration for purpose of propaganda.”

Some government officials in London and Washington likewise were inclined to doubt reports about Jewish suffering—especially if the reports came from Jews. Regarding German atrocities against Jews in occupied Poland in 1940, Reginald Leeper, the chief of the British government’s Political Intelligence Department, wrote to a colleague: “As a general rule Jews are inclined to magnify their persecutions.”

“Sources of information [about anti-Jewish atrocities] are nearly always Jewish whose accounts are only sometimes reliable and not seldom highly colored,” Foreign Office staff member I. L. Henderson insisted. “One notable tendency in Jewish reports on this problem is to exaggerate the numbers of deportations and deaths.” He wrote those words in early 1945, nearly six months after the liberation of the Majdanek death camp.

A State Department memorandum to the Office of Strategic Services in August 1942, summarizing the latest reports it had received on the Nazis’ plans to annihilate European Jewry, asserted that the information seemed to be nothing more than a “wild rumor inspired by Jewish fears.”

There is no record that President Franklin D. Roosevelt disbelieved the reports concerning the Nazi mass murder. But his characterizations of Jewish suffering sometimes bordered on dismissive.

Consider, for example, Roosevelt’s response in October 1940, when refugee advocate James G. McDonald clashed with Assistant Secretary of State Breckinridge Long, who was in charge of refugee affairs for the State Department and vehemently opposed more immigration. Each of them took their case to the president. Long wrote in his diary afterwards that Roosevelt was “100% in accord with my ideas.” FDR also told Long that when McDonald came to the White House, the president “told him not to ‘pull any sob stuff’ on him” regarding the plight of refugees seeking a haven.

Walter Kirschner, a longtime family friend of the Roosevelts, encountered a somewhat similar attitude when he approached the president regarding the plight of European Jewry, in 1944. According to Kirschner, FDR replied: “I haven’t time to listen to any Jewish wailing.”

Why did Pope Pius XII view reports of anti-Jewish atrocities as “exaggerations”? What prompted President Roosevelt to dismiss “Jewish wailing” and “sob stuff”?

There is no way to know if either man was personally influenced by the centuries-old stereotypes of Jews as incorrigible liars who fabricate claims in order to advance their interests.

However, there can be no doubt there were practical considerations at stake. In the case of the Pope, the “Concordat” which the Vatican signed with Hitler in 1933 pledged that German Catholic clergy would refrain from political activities in exchange for the regime’s non-interference in German Catholic religious life. Despite the Nazis’ many violations of the agreement, Pius XII insisted on keeping his end, even to the point of not raising questions about the mass murder of the Jews.

President Roosevelt, for his part, had a practical consideration of his own. Fully acknowledging the extent of the Jews’ plight and drawing attention to it could have policy implications. Senior State Department official R. Borden Reams candidly noted in a 1942 memo to a colleague that if the administration publicized the mass murder, “the way will then be opened for further pressure from interest groups” for steps such as admitting more refugees to the United States—something FDR and his administration strongly opposed.

In the end, whatever their respective reasons, the Pope and the president both opted to look away from the greatest humanitarian crisis of our time.