Jeffrey Amestoy is the author of Slavish Shore: The Odyssey of Richard Henry Dana Jr.. He was Attorney General of Vermont and Chief Justice of the Vermont Supreme Court. 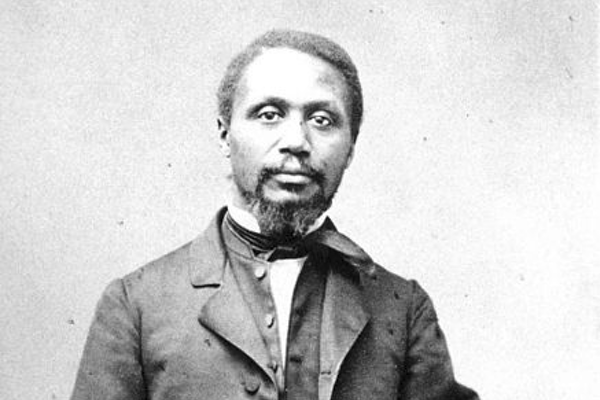 In November 1851 twenty-eight year old Robert Morris--the only Black practicing lawyer among the nation’s 24,000 white attorneys--was in Boston’s federal court. The presiding judge was Justice Benjamin R. Curtis. The case in which Morris was to appear was of special interest to Secretary of State Daniel Webster, the country’s most renowned lawyer and New England’s most celebrated political figure.

No prosecution was ever more aptly named than United States of America v. Robert Morris. Our popular history remembers Daniel Webster as one of John F. Kennedy’s “profiles in courage “ for seeking to avoid the Civil War with the Compromise of 1850. Justice Curtis is honored for his dissent in the Dred Scott case in 1857. But in 1851, Webster and Curtis--supported by a Boston establishment that was in its heart virtually a pro-slavery community--sought to destroy Robert Morris.

Justice Curtis’s appointment to the United States Supreme Court was orchestrated by Webster so that Curtis could preside in the Morris case. Curtis, the leader of the Boston Bar, was an ardent supporter of the new Fugitive Slave Law Webster had been instrumental in enacting.

Robert Morris was being prosecuted for aiding African Americans who freed fugitive slave Frederick Minkins (known as “Shadrach”) from the Boston Courthouse eight months earlier. The “rescue” had precipitated a national crisis. Webster threatened to resign from President Millard Fillmore’s cabinet unless federal authority was used to quell “the outrage.”

“The taking away of Shadrach was clear treason. I speak it out to the country. I say it everywhere on my professional reputation” declared Webster. The Secretary of State directed federal agents to arrest anyone suspected of aiding the escape. Within two days, ten persons were arrested for violating the Fugitive Slave Law, including Black business owners, a white newspaper editor, and Morris.

Proper Boston applauded the Webster-initiated arrests. "The feeling of the community here in Boston is just as it should be," Amos Lawrence wrote to fellow Brahmin Samuel A. Eliot. Three days after the arrests, the United States Attorney for Massachusetts began the first of five prosecutions of what became known as the "rescue cases." Richard Henry Dana, Jr. was the defense lawyer in each case.

The thirty-five year old Harvard educated Dana--a fifth generation descendant of one of Cambridge’s oldest families--was on the cusp of the glittering future Boston's Brahmin aristocracy laid before its most favored sons. It was a path Dana almost certainly would have taken if he had not shipped as a common sailor to the remote coast of California in 1834.

In his classic account of the voyage, Two Years Before the Mast, Dana wrote of a moment that profoundly altered him--watching helplessly as a fellow sailor was brutally flogged by a sadistic master: "A man--a human being made in God's likeness--flogged like a beast!"

When Dana decided to represent those accused of freeing a fugitive slave, George Ticknor, arbiter of Brahmin society, sent him a note that they were never to speak again. Dana asked Charles Sumner to appear with him as co-counsel but Sumner begged off citing "the delicate state of affairs".

By the fall of 1851, the gifted Dana had prevented convictions in four of the rescue cases. The first was dismissed for lack of evidence. The second and third resulted in hung juries. The fourth--the prosecution of Robert Morris--was continued when the judge realized the case was going badly for the government.

But when the trial resumed with Justice Curtis presiding, the U.S. Attorney was confident enough of convicting the young lawyer to call John Caphart, “ a police officer of Norfolk Virginia” to the stand. Officer Caphart testified that he had seen “Shadrach” sold by a sheriff at the door of a Virginia courthouse.

As Dana rose to question the witness, "someone in the room gave me a hint of the occupations of many of these so-called policemen which led to my cross-examination.”

Q. "Mr. Caphart, how long have you been involved in this business of flogging?

Q. How many Negroes do you suppose you have flogged in all, women and children included?

A. I don't know how many n****rs you have got here in Massachusetts, but I should think I have flogged as many as you have in this state."

That the United States government would call as a witness in a prosecution of America's first practicing African-American lawyer a police officer who boasted of how many men, women, and children he flogged may not have shocked Boston's Black residents. But Justice Curtis was clearly concerned that it might stun the white jury. He attempted to minimize Caphart’s statement by admonishing the jury that Caphart “a witness, a stranger among us, should be treated with fairness.”

Robert Morris was acquitted. When Uncle Tom’s Cabin was published a few months later in 1852, critics claimed the novel’s portrayal of the slave trader Haley was exaggerated. Harriet Beecher Stowe wrote Dana and asked for a copy of his cross-examination of John Caphart which she said enabled her to see the character of a “slave-catcher.”

Daniel Webster died in 1853. A year later President Frankin Pierce , a New Hampshire Democrat, authorized Secretary of War Jefferson Davis to mobilize federal troops to march fugitive slave Anthony Burns to Long Wharf so the U.S. Navy could transport him back to slavery. It was a bridge too far even for Boston's establishment. "We went to bed one night old fashioned conservatives and waked up stark mad abolitionists," said Amos Lawrence.

That is, of course, how we choose to remember ourselves--as abolitionists. “Your work”, Ta-Nehesi Coates reminds white America, is “to turn away from the brightly rendered version of your country as it has always declared itself and turn to something murkier and unknown.”