Jason Burt is a historian and teacher from Sacramento, CA with a masters degree in social science education and a focus on military history and World War II. 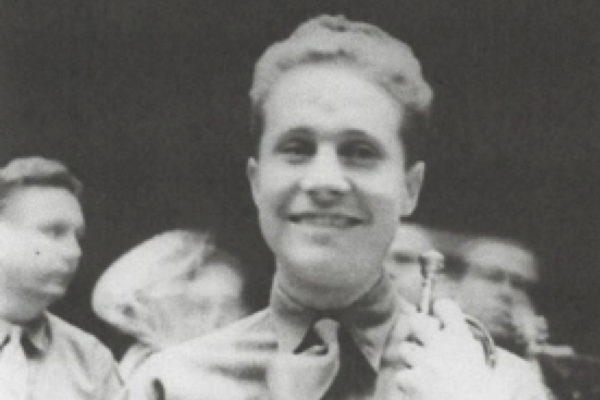 75 years ago World War II ended, but the stories of the men and women who served continue to be woven into the history of the United States.  When the war ended, Corporal Richard Burt attended the Juilliard School of Music with his constant wartime companion, his trumpet.  During the war, the 19 year old private served in the 746th Far East Air Force Band in the Philippine Campaign and shared musical experiences with front line troops, generals, foreign dignitaries, and some of the most famous service members taken prisoner by the Japanese when U.S. forces in the Philippines surrendered in 1942.

His journey began stateside, in the band at March Field in Riverside, California.  It was there that he learned under the best in show business: “I learned an awful lot about blowing my horn there.  Three-fourths of March Field had been professionals in Hollywood recording industries or were members of nationally known big swing bands.”  Richard was challenged musically by military formations at March Field as well, when he was asked to play taps for the first time as a 19 year old PFC at the funeral service of legendary World War II pilot Lt. Col. William “Ed” Dyess.  Dyess was well known for his bravery at Bataan and as one of a group of twelve POWs who made the only successful mass escape from a Japanese POW camp during the entire war in the Pacific.  Dyess’ final act of bravery earned him the Soldier’s Medal when his plane malfunctioned over Glendale, California and he chose to crash land in a vacant lot rather than ditch his plane and possibly kill or injure any civilians.  “I’ll always remember the first time I played taps in the war for William Dyess.  He was a real hero and that experience always stuck with me.” 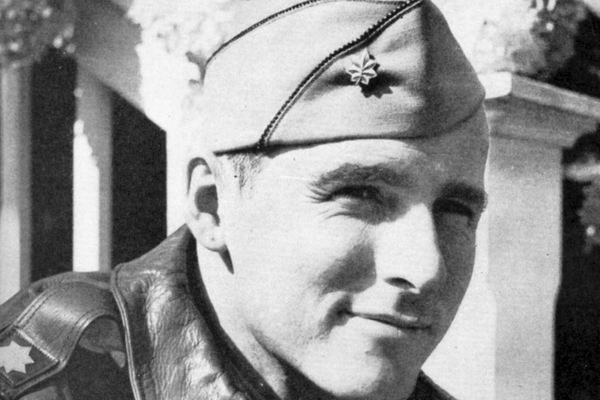 Lt. Col. William "Ed" Dyess, 1943, after his return from his POW experience

As the war in the Pacific raged in 1944, a call came to March Field to furnish a trumpet player with a sergeant’s rating for overseas assignment in a newly formed band.  Being the youngest in the group and only a PFC, Richard volunteered, “All of our Sergeants were married, so, I marched into our Chief Warrant Officer’s office and asked if I could take the place of that married man that was slated to go.”  His request was granted and he was off to an unknown destination with his new companions, the 746th Far East Air Force Band.

Upon arrival to Leyte Island in the Philippines, the newly formed band played their first show with a USO group for front line soldiers.  “We played that show three nights in a row, the last being up at the front.  It was an area where all the palm trees had been blown in half.   A make shift stage had been set up and when we arrived there were GIs climbing up these half blown up palm trees to attach spotlights for the show.  All the men who came to see the show came in their ponchos with their helmets on and their rifles sticking out.  As the show progressed, across the ravine, there would be sounds of automatic weaponry and you could see the flashes every once in a while that the shooting made.  So, even while we performed, on the other side of the ravine, there was action going on.  That was as close as I ever came to fighting in that war.”  Stories such as this exemplify the experience of the front line band and the role that they played in World War II, using music to give a respite to soldiers, sailors, marines, and airmen and make them feel a little more connected to home, even on the other side of the world in a combat zone. 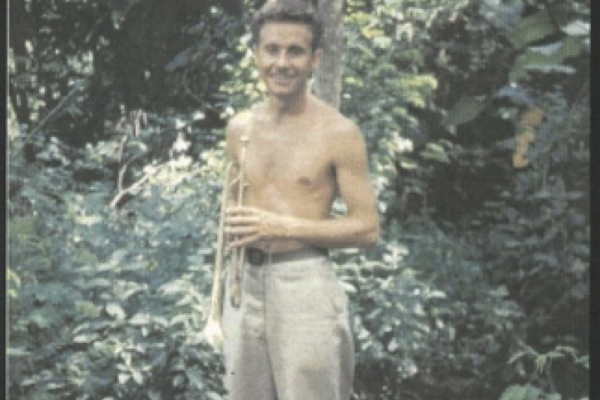 PFC Burt practices his trumpet in the jungle of Letye

As the Philippine Campaign progressed, Richard and the 746th Far East Air Force Band would move into the City of Manila on Luzon, eventually being stationed at the headquarters of the Far East Air Force at Fort McKinley, under the command of General George Kenney.  It was here that the band would cross paths with another legendary group from the Philippines: the Army and Navy Nurse Corps “Angels of Bataan” who had been freed from their POW camp at Santo Tomas in February of 1945.  According to Richard, “We played for one formation only, that is a military formation, and that was after the war had ended with Japan.  This was when nurses who had been taken prisoner when Corregidor fell were given medals.  We stayed in the shade to play that formation and for good reason, it was suffocatingly hot.” 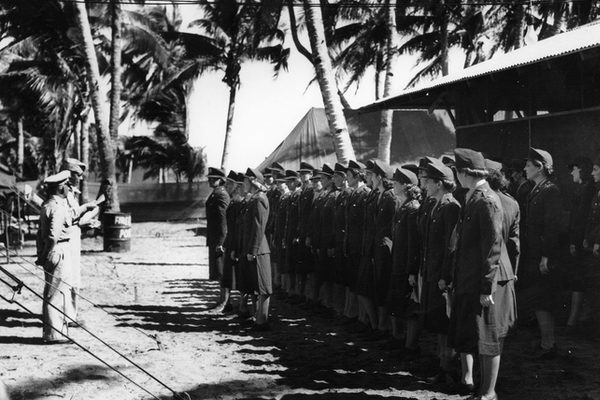 As the war came to an end and the unit was to break up, it was decided that it would be fun to record the group.  It was done in the band’s rehearsal tent, using a wire recording.   In what was described as a fatiguing session, the band recorded themselves on wire playing ten chart topping big band hits, musically arranged by members of the 746th.  Upon completion of the recording session, lead trumpet player PFC Richard Burt would ask his commanding officer if he could have the recordings to take home. Chief Warrant Officer John Washburn granted Richard’s request and he brought them back to his home in Salt Lake City, where he took them to KSL Radio and had them transferred to records.

Richard’s life after the war always included music and his long time war companion, the trumpet.  He graduated from Juilliard School of Music in 1953 and received his BA and MA in music education from Drake University in Des Moines, Iowa.  He passed his passion for music on to his family and students that he taught in the public school systems of San Francisco and West Sacramento.  He kept the recordings of his World War II band safe for 75 years, but lost track of them in his home in the 1980s.  Richard would pass away in August of 2016 at the age of 92.

When his wife Marilyn passed away in October of 2019, I found my grandfather’s misplaced recordings in his attic. As a historian, I was bound to preserve this one of a kind artifact and honor my grandfather, his band mates, and all those who served during the war.  Working with a 4 time Grammy award winning sound engineer, I am producing the band’s work into a modern album with a 28 minute narration on the band and military experience of Richard Burt that was recorded by Richard in the 1980s.  The project has multiple goals, but the boldest would be historic: To take an album created by a front line Army band in the Pacific 75 years ago and make a band of World War II Veterans a platinum selling artist by selling a million albums.  The album created 75 years ago by the 746th Far East Air Force Band will be available for sale on Veteran’s Day of 2020. A portion of the proceeds from album purchases will be donated to the United Service Organization (USO) and the World War II Museum in New Orleans.  If you wish to follow this World War II music project as it unfolds, you can follow the 746th Far East Air Force Band on Facebook https://www.facebook.com/746thFEAFband/ or on Twitter @746thFEAFband.