The Coming Election and the Political State of Fugue 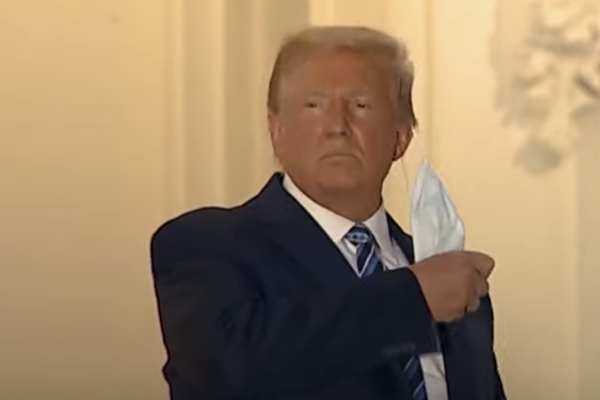 Americans teeter on the brink of a state of collective fugue. A psychiatric state of mind, the fugue is caused by extreme distress in the aftermath of one or more cataclysmic events. The fugue state causes a person to fail to recall intrinsic identifying personal characteristics and to no longer remember what they believed in the past; those things they knew to be true no longer exist. This dissociative mental state erodes one’s fundamental concept of self. Under Donald Trump’s cataclysmal presidency, our collective memory and awareness of who we are as a people and our shared aspirations to perfect our union appear to be at the point of dissolution.

We are not at war with a conventional army, yet our nation is in chaos. Over 200,000 American lives have been lost to COVID-19, and with winter on the horizon, a second wave of the pandemic is emerging in Europe. The United States leads the world in the number of people infected with the virus and in the number of COVID-19 deaths, despite the nation’s exceptional biomedical and health related research and infrastructures.

Further, despite our proselytizing instinct to lecture the world about minority rights and good governance, police brutality against Black people in the United States is dramatically displayed in media across the globe. The ensuing continental uprising for civil rights, far-reaching economic spasms, and crisis of governance are exacerbated by the reflexive responses of an unpredictable President.

The transition from a unipolar to a multipolar world, the emergence of economic centers in the East and the ensuing erosion of Pax Americana, accelerated by Trump and his team, compound our unease and search for identity. These seismic shifts nationally and internationally perpetuate our state of heightened anxiety.

The erosion of our centuries-old governmental institutions is particularly distressing. In the wake of the death of Associate Justice Ruth Bader Ginsburg, we are now forced to put aside our national mourning and deal with the political ramifications of her passing. We must reckon with the seemingly assured confirmation of Amy Coney Barrett as Ginsburg’s replacement, a social conservative who would certainly erode the civil rights of minorities, the healthcare gains of the contemporary era, the procedural rights of ordinary Americans in the justice system and the bargaining power of workers. The death of Ginsburg, a champion of rights, bodes the potential to regress to a darker past.

Trump and his team claim to have the mandate from the American people and are preparing their Senate allies to complete the confirmation process within the span of a few weeks, prior to a presidential election. Mitch McConnell’s pledge to support the President ignores a precedent he declared just four years ago - not to appoint a Justice during an election year - which we are now expected to erase from our collective memory.

In many instances, particularly at the level of the High Court, the American judicial system has been predictable in rendering judgments based on Justices’ and other appointed federal judges’ partisan political suasions. Notwithstanding, the near balance of opposition forces within the Supreme Court provided stability and prevented the abrupt tilting of the scales of justice, such that they overwhelm their point of balance and implode the judicial system.

The Republicans obstructed President Obama’s appointments for federal judges during his tenure as a political maneuver, albeit with an underlying racial element. Yet, in under four years, Trump has appointed over 300 federal judges. It is troubling that judges each view their disposition on national issues through a political lens, as a President who lost the popular vote and a Republican Senate whose members represent a minority of the nation have pushed the courts sharply rightward.

As Republicans abandon their legal philosophy when it is no longer expedient and backpedal from their position after the death of Justice Antonin Scalia just four years ago, they gaslight the American people. They claim that what we see and hear are not true. They ask us to forget what they committed to in 2016, to question everything and to dispute the existence of what we know to be true.

Through a similar prism of purged memories, Trump and his team deny the existence of systemic racism that underpins police killings of unarmed Black people or the warming of our planet. They attempt to erase what is real from our memory. These unprecedented events have brought the nation to the precipice of a political state of fugue. Trump and his team are determined to push us off the cliff. When confronted with existential social and political crises, they foment political fugue with campaigns of disinformation.

Bob Woodward discloses that in February, President Trump was fully aware of the fatal potential of the coronavirus. Trump not only failed to share this information with the American public; he actively downplayed its deadly potential to the public and strongly encouraged his followers to ignore preventive measures. The President had promised prior to his election in 2016 to end American carnage. Paradoxically, his words foreshadowed what his legacy would be – the savaging of the American dream and reaching the milestone of hundreds of thousands of preventable American deaths during his presidency.

If re-elected, after another four years of a Trump presidency, the Justice Department, Supreme Court, and other institutions of the American democracy will not be recognizable. Our system of checks and balances, the foundation of the American democracy, will be dismantled. Our identity and who we are as Americans and our aspirations for a perfect union will cease to exist. Our government will be so fundamentally altered from what we know it to be, that we will have entered a collective political fugue.