The Psychology of Election Denial 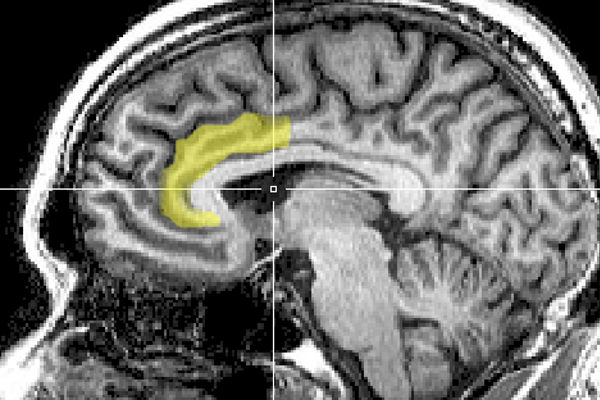 Surveys taken several days after the presidential election show that most Republicans believe Trump really won the election. A Reuters/Ipsos opinion poll reported on November 18, fifteen days after the presidential election, that 52% of Republicans thought Trump won. Later surveys indicated that between 70% and 80% of Republicans do not buy reports of Biden’s victory. They think the election was rigged and claim enough fraud occurred to tip the balance.

Why do so many Republicans refuse to acknowledge overwhelming evidence that confirms Joe Biden’s victory? Millions of Republicans continue to accept myths about a stolen election. Facts do not influence their judgment. Evidence does not shake beliefs.

Obviously, the President and the national media influenced the thinking of many Republicans. Donald Trump frequently asserted that he won. Trump insisted that a mysterious disappearance of ballots and manipulation of tallies indicate fraud. Commentators on Fox News, Newsmax, and other media back the president’s specious claims. But there may be an explanation from the field of psychology that explains defiance of the facts as well.

University of Michigan psychologist Christopher Peterson cited the idea when pointing to a rumor that spread across the Internet in 2011. The message claimed the world would end at 6 PM on May 21, 2011. After the projected date passed without a calamity, several people refused to recognize they’d been duped. “How many folks acknowledge that they were mistaken when the ensuing facts stare them in the face?” Peterson asked. Some do but many do not, he stated. “People will go to great lengths to maintain consistency among their beliefs, even when they prove to be blatantly wrong.”

Christopher Peterson based this interpretation on research by a famous psychologist who conducted groundbreaking investigations in the 1950s. Leon Festinger developed the concept of Cognitive Dissonance, which suggested why some people hold firmly to beliefs when confronted with contradictory evidence. An investigation that helped launch his theory related to a group of people that believed a Chicago woman’s prophesy that a great flood would destroy the world on December 21st. When the disaster did not occur, many followers did not acknowledge they had been misled. They accepted the cult leader’s explanation that God spared them because of their devotion, commitment, and action. Rather than change their minds, those true believers became more intensely faithful. They attempted to persuade others, trying to broaden membership in the cult.

Leon Festinger followed up this study (published in a book, When Prophesy Fails) with several experiments that demonstrated the significance of Cognitive Dissonance. When confronted with contradictory information, Festinger observed, individuals often feel uncomfortable. Their personal beliefs or hopes are contradicted by hard facts. People reduce that dissonance (inconsistency) by avoiding situations or information that intensifies their discomfort. Especially when individuals have deep convictions and take significant actions in support of them, they are reluctant to question cherished ideas. If they are associated with a large group of people committed to the belief, their fidelity often becomes more severe. They find comfort in numbers.

Cognitive Dissonance appears to be a factor in the persistence of belief and loyalty displayed by many Republicans despite hard facts that indicate Joe Biden’s substantial victories in the Electoral College and the popular vote. Over a period of four years, members of Trump’s base enthusiastically accepted untruths disseminated by the admired leader. They were not inclined to challenge Trump’s controversial statements and misrepresentations.

Now, after Trump’s stunning defeat at the polls, they are hearing the president and his enablers on television, radio, and the Internet claiming information reported in the national media is false. To accept facts reported outside the partisan bubble can, indeed, produce the kind of emotional discomfort Festinger described. Many Republicans are acting in ways Festinger would predict. When dealing with the clash between internal beliefs and external realities, they adhere to beliefs.

Furthermore, as Festinger showed, Trump’s hard-core supporters discover comfort in numbers. They proselytize, hoping to expand the size of their group and build an impression that favored ideas enjoy widespread acceptance. During the weeks of extensive media attention to Trump’s fruitless legal and rhetorical efforts to deny Biden’s victory, true believers among the president’s followers tried to shore up their cause. They shared favorite reports on websites about supposed mischief in the tabulation of ballots, trying to legitimize claims that Trump and his enablers had been making in the national media.

Psychology cannot provide all the answers to the intriguing question of why so many Republicans refuse to change their minds in the face of abundant factual evidence that contradicts their ideas about the presidential election. But insights developed long ago by Leon Festinger and other social scientists may explain, to some degree, why this puzzling behavior occurs.