The Long Overdue End of the “Serious Conservative"

Charles J. Holden is a professor of History at St. Mary's College of Maryland. His most recent book is Republican Populist: Spiro Agnew and the Origins of Donald Trump's America (UVA Press, 2019), co-authored with Zach Messitte and Jerald Podair. 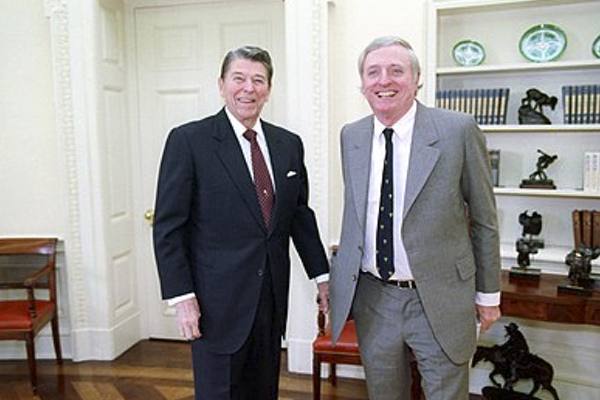 One of the challenges in trying to understand what has happened to a conservative movement that has clearly become detached from reality, is that for decades we’ve heard that some conservatives needed to be taken seriously as intellectuals. These chosen conservatives are often anointed as “serious” due their academic pedigree (usually Ivy Leaguers). But the equating of impressive degrees with intellectual seriousness has an especially bad track record for conservatives. Time and again when it comes to the integrity, honest analysis, and basic grasp of facts that are the basic standards of any “serious” scholar, they have failed.

Let’s make a list of today’s conservatives who currently get the “serious” designation by virtue of their elite education and for not being Louis Gohmert. In light of last week’s conspiracy-driven, right-wing attack on Congress, Senators Josh Hawley and Ted Cruz stand out for their unrelenting intellectual dishonesty. Both Hawley (Yale, JD) and Cruz (Princeton BA, Harvard JD) took to the floor of the Senate just hours after right-wing collaborators had vandalized the Capitol and threatened their colleagues out of an unmoored conviction that the 2020 election had been stolen. Multiple recounts, election certifications, and dozens of court cases later, these two Ivy Leaguers shamelessly continued to raise “concerns” about the election’s basic fairness. Yet, when Hawley lost his book contract on the dangers of “big tech” with Simon & Schuster over the weekend, the Washington Post’s Fred Hiatt expressed a hesitant reservation at a publisher deciding it didn’t like the author instead of the manuscript.

Up until that point, Simon & Schuster “obviously believed” that Hawley’s manuscript had “merit” and Hiatt assumes that it would have made “a useful contribution to public debate on a vital subject.” Especially after Hawley’s surreally dark turn last Wednesday night, why should we assume that a “useful contribution” was forthcoming from him on any debate? Hawley had led investigations into Google and Facebook, to be sure. But certainly part of the answer is that Hawley was seen a “serious” conservative. Ana Marie Cox’s recent Washington Post article on Ted Cruz meanwhile stands out for her refreshing willingness to suggest that perhaps, just perhaps, Cruz, despite his reputation for smarts, is “devastatingly average.” Mimi Swartz has also started to peel the protective cover of seriousness back. Cruz used “his pseudo-intellectualism and his Ivy League pedigree as a cudgel.” And now, she adds, “Any decent soul might ask: If you are so smart, how come you are using that fancy education to subvert the Constitution you’ve purported to love? Shouldn’t you have known better?” Assuming that an Ivy League degree translates into conservatives knowing better has been the problem all along. Swartz adds correctly that Cruz “did know better; he just didn’t care.” And because he was tabbed as a “serious” conservative, he didn’t have to.

Senator Tom Cotton (Harvard BA, JD) stood out last Wednesday by not joining his fellow Ivy Leaguers in their objections on the Senate floor; but he’d already shown his flair for dangerous hyperbole and distortion last summer when the New York Times ran the Senator’s opinion piece calling for the troops to march on Black Lives Matter protestors. Cotton cherry-picked the most extreme examples of unrest to malign the overwhelmingly peaceful protests happening on the streets. As any scholar will tell you, cherry-picking the evidence is both lazy and untrustworthy. Not a good look for someone posing as a “serious” conservative.

And one could go on. What really connects these elite-educated Senators is precisely their lack of seriousness intellectually. It’s not new, however. Going back to the 1960s, alarmed that the conservative movement was falling into the grips of the delusional John Birch Society, William F. Buckley (Yale, BA) was anointed as that generation’s “serious” conservative. While Buckley was public intellectual rather than an office-holder, his political influence was considerable and timely for the conservative movement. In particular, Buckley disavowed the Birchers, whose view of the world was rife with conspiracy theories and seething anti-communism. Some Birchers were convinced that Dwight Eisenhower himself was a communist plant, so the bar was pretty low here for a “serious” conservative to clear. The soft bigotry of low expectations, I guess. But Buckley also wrote in 1957 that the white South was right to oppose the civil rights movement because, he wrote, “for the time being, it is the advanced race.” This was, he continued, “a fact . . . that cannot be hidden by ever-so-busy egalitarians and anthropologists.” While over his long career Buckley did continue to reexamine the state of conservatism – indeed he had grave reservations about the war in Iraq – his entry into the ranks of “serious” conservatism was by virtue of his patrician background and elite education. Once in, like the “serious” conservatives of today, he had permission to be either wildly wrong or occasionally right.

In between Buckley’s heyday and the current crop of Ivy League-right wingers, we had the era of William Bennett and Newt Gingrich in the 1980s and 1990s. Bennett (Williams College BA, University of Texas PhD, Harvard JD) harrumphed his way to becoming the nation’s high school principal, or officially, the Secretary of Education, under Ronald Reagan. In the early 1990s he published The Book of Virtues: A Treasure of Great Moral Stories. It started with a quote from Plato’s Republic, and invoked Aristotle in the first paragraph, so you knew it was serious. The book included lessons on the importance of saying “please” and a Laura Richards poem, “In which we which learn to sit still.” That this was heralded as an “important” book can only be attributed to the fact that Bennett had earned his stripes as a “serious” conservative. Newsweek practically sighed with gratitude: “Maybe this is just what the country needs.”

And then there was Newt Gingrich (PhD, Tulane). After having been denied tenure at West Georgia College, Gingrich eventually won a seat in the House of Representatives in 1978. He injected into the increasingly conservative Republican Party the slashing political style we all recognize now. Democrats were not simply the opponent, they were “radical” and “traitors.” Pundits and columnists of the 1990s raised their collective eyebrow over Gingrich’s style even as they soberly reminded their readers that Gingrich had a doctorate and had been a college professor. A 1995 New York Times profile noted that he compared himself to, “Washington, Lincoln, Roosevelt, Eisenhower, Churchill, and De Gaulle.” But it also noted that while Gingrich “came to congress in 1979 as a 35 year-old history professor,” he often used “hyperbole, absolutes and distortion to make his points, and he can be careless with facts and numbers.”   While perhaps these are just tools of the trade in politics, they make one unserious as a scholar. But Professor Gingrich has dined out for years now on his farcical reputation as a “serious” conservative.

Like Gingrich, today’s elite-educated conservative politicians continue to get a pass when it comes to the basic ethical standards of real scholars, especially the moral obligation to be true to the evidence and facts. Ironically, toward the end of that long day of sedition last week, this principle was articulated poignantly by another conservative, one known more for his religion and wealth than his academic credentials. Mitt Romney (Harvard, JD/MBA), looking exhausted and shaken, pleaded with his fellow Republican senators, “The best way we can show respect for the voters who are upset is by telling them the truth.” Sadly, Hawley, Cruz, Cotton, et al., will likely continue to spread lies to keep their conservative base shored up. Their seriousness lies in the danger of their politics, but they themselves are not “serious” conservatives.