The Politics of an Inauguration Unlike Any Other

Michael A. Genovese holds the Loyola Chair of Leadership and is President of the Global Policy Institute at Loyola Marymount University. He is the author of 50 books, including How Trump Governs. 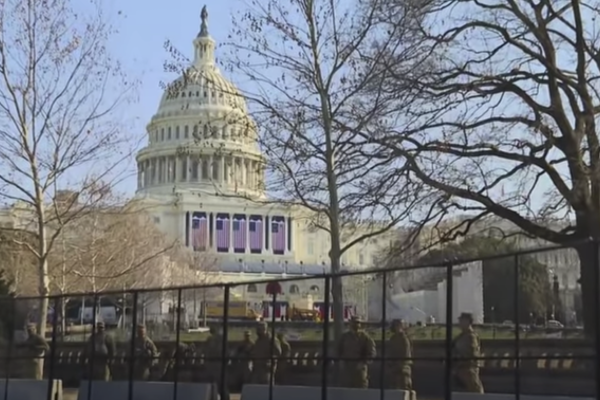 The people have spoken, and on January 20, the nation will swear in its 46th President. Despite repeated and unfounded allegations of election fraud. Despite a series of lawsuits thrown out of court. Despite the refusal of many Republicans in the House and Senate to verify the Electoral College votes. And despite the acrimonious second impeachment of Donald Trump for his role in inciting a mob to invade the Capitol building and delay the constitutionally required duty of Congress to certify the election results. In the takeover, a crowd of Trump supporters – many of them armed – stormed the Capitol, broke through barriers, scaled the walls, broke in, destroyed property, and marched around the Capitol shouting “Hang Mike Pence.” Five people died in the melee, one of whom was a police officer.  It is not clear how the nation can move ahead, but if it can, Joe Biden’s inauguration will be the first step in that process. Both security concerns and the threat of COVID will make this inauguration different from all others, but there will be continuities in the ritual of the transfer of power.

The first inauguration took place at the Federal Hall in New York City, then the temporary capital of the nation, on April 30, 1789. The following two inaugurations were held in Philadelphia in 1793 and 1797. From 1793 to 1933, all were held on March 4. Why March 4? Because that was the day the first United States government under the Constitution began operations. But the November to March gap between election and inauguration proved too long, and starting in 1937 the inauguration date was moved to January 20 as a result of the 20th Amendment to the Constitution. Perhaps surprisingly, inauguration day is not a national holiday. Just after the election, the victorious presidential candidate names a Presidential Inaugural Committee, a legal entity that is responsible for fundraising and planning the events of inauguration day.

Since 1937, the inauguration has been held at noon on January 20. The three exceptions were when January 20 fell on a Sunday. In those cases, the oath was taken privately on January 20, but the public inauguration ceremony was held on Monday. Oath taking is the only constitutionally mandated act (Article II, Section One, Clause 8). The rest of the ceremony – parades and balls - has evolved over time. Though not constitutionally required, the Chief Justice traditionally administers the oath to the president-elect.

Few of the inaugurations were memorable. We remember George Washington’s because it was the first; Andrew Jackson’s because of the raucous post-ceremonial party at the White House; and William Henry Harrison’s because he delivered his address in a driving rainstorm, caught pneumonia, and died a month later.

Not all transitions of power went smoothly. In the early Republic, with the stakes high and emotions even higher, civility gave way to anger when the early party system was forming around the Federalists and the Republicans. John Adams, a Federalist and our second president, lost in the election of 1800 to his former friend Thomas Jefferson. The election got quite personal, and Adams became the first president to refuse to attend his successor’s inauguration. Adams’s son, John Quincy Adams, was part of another fierce rivalry which began in 1824 when Adams “stole” the election from Andrew Jackson, the result of a “corrupt bargain” that secured the presidency through the House of Representatives. Four years later Jackson got his revenge, defeating Adams in the 1828 election, and JQA took a pass on Jackson’s inauguration. The third president to pass on an inauguration was Andrew Johnson, who refused to attend Ulysses S. Grant’s inauguration. All three cases were a function of deep seated party rivalry and contentious politics that divided the parties and the people. No modern president has bailed on the inauguration of his successor. Until this year. In what might be the closest thing he will make to a concession, Donald Trump has acknowledged that Joe Biden will be inaugurated on January 20, but pledged to skip it.

Inaugural addresses are what rhetoricians call “epidictic speech”. As such, they are formal and ceremonial, evoking symbols of nationhood and appealing to patriotic or group solidarity. There were only a few memorable inaugural addresses. George Washington gave the shortest, only 135 words. FDR’s fourth address in 1945 towards the end of World War II lasted only six minutes. William Henry Harrison, of pneumonia fame, gave the longest address, lasting nearly two hours, composed of over 9000 words. Only a few speeches were of historical significance or known for their soaring rhetoric. Both of Lincoln’s addresses were memorable and important, none more so than his second address. FDR reminded a nation devastated by an economic depression that it had nothing to fear “but fear itself”. John Kennedy spoke of the dreams and aspirations of a nation at the peak of its powers, imagination, and optimism. And we remember Donald J. Trump’s inaugural address, dubbed “the carnage speech,” because it was so dark and menacing, though few would have guessed then at the carnage unleashed by Trump’s supporters on the very site four years later.

Some inaugurations were modest, others fit for a King. Ronald Reagan’s 1980 inauguration was, up to that time, the most expensive ceremony ever. The conspicuous display of consumption and financial exhibitionism contrasts nicely with Thomas Jefferson’s where, after the ceremony, he walked back to his boarding house where he had to wait in line for his supper. President Obama’s inauguration was notable in part because of the kerfuffle caused eight years later by Donald Trump who kept insisting that his inauguration was bigger than Obama’s. Spoiler alert: it wasn’t. Joe Biden’s inauguration ceremony will take place before a closed and empty National Mall in response to the threat of further right-wing violence.

Since 1789, the oath of office has been taken at 58 scheduled public inaugurations. More than mere oath taking, inaugurations are celebrations of national hope and renewal, of opportunity and the promise of change. The oath itself is a mere 35 words: “I do solemnly swear (or affirm) that I will faithfully execute the office of President of the United States, and will to the best of my ability preserve, protect, and defend the Constitution of the United States.” George Washington added the “so help me God,” and subsequent presidents have maintained that tradition. Franklin Pierce, in 1893, was, for religious reasons, the only President to “affirm” rather than swear to his oath. And Pierce’s vice president, Rufus King, stands alone as the only person to take the oath of office abroad. King was in Havana where he took ill and was unable to travel to Washington D. C. so he received special permission from Congress to take his oath in Cuba. He died six weeks later.

Every president except John Quincy Adams placed his hand on a bible when taking the oath (usually the bible is open to a page with a verse of special significance to the new President). Adams used a volume on constitutional law that Chief Justice John Marshall had given him. Marshall, by the way, swore in more presidents (nine) than any other Chief Justice. And while it is customary for the Chief Justice to administer the oath, there have been several exceptions. These usually occurred when a new president had to be sworn in quickly, as Lyndon Johnson was after the assassination of John Kennedy. After Warren G. Harding’s death, Calvin Coolidge was sworn in by his father, a judge. Vice president Gerald Ford took the oath in the East Room of the White House shortly after Richard Nixon’s resignation over the Watergate scandal, preferring a quiet ceremony in the aftermath of the constitutional crisis. Likewise, Biden will swear his oath while his predecessor is awaiting a Senate impeachment trial, judged by the House as having failed in that faithful execution of the office.

Parades down Pennsylvania Avenue evolved slowly. The first full-fledged parade was held in 1829 in celebration of Andrew Jackson’s victory. This year, streets around the Capitol are closed and secured by the National Guard. Inaugural balls also evolved slowly. Today, there are six or seven different balls, with clear gradations from “people’s balls” to high roller events. Trust me, the food at the high roller balls is far superior. So is the entertainment. The President and First Lady try to briefly attend several of the balls, and the “first dance” is highly anticipated by all attendees. This year, the round of balls and parties will be replaced by a program of virtual entertainments, a pointed statement that this administration will take a different approach to the COVID-19 pandemic after a number of superspreader events hosted by and in the White House. Perhaps, too, the prospect of high roller events strikes the Biden transition team as unwelcome as Americans fight the economic devastation of COVID-19.

Presidential inaugurations can be a time of national pride and unity. After an often highly charged partisan campaign, it is useful to try to make the inauguration into a “bring us together” event. Thomas Jefferson used the occasion to try to bridge the highly volatile partisan divide from the election of 1800. By contrast, Donald J. Trump used the inauguration to pour salt into the wounds of his opponents and call for a wholesale purging of the old elite (most of which was seated right behind him as he delivered his incendiary address).

Until this year, pomp and pageantry have made inaugurations part celebration of new beginnings and part announcement of what is to come. Until this year, presidential inaugurations have also celebrated the transition of power in peace and tranquility, as a result of the people’s votes, not the force of arms. It is quite remarkable really. It is a tribute to the strength of our political democracy as well as the character of the American people, and it vividly answers the vexing question posed by Alexander Hamilton in Federalist Paper Number 1: “whether societies of men are really capable or not of establishing good government from reflection and choice, or whether they are forever destined to depend for their political constitutions on accident and force.” This year, the National Guard will defend the Capitol and the new president against potential attack by right-wing terrorists, as Hamilton’s question is more vexed, and the answer less certain, than ever before.

President-elect Joe Biden would never have chosen, nor probably imagined, the circumstances of his inauguration. Nevertheless, he will have his best chance to begin the work he repeatedly pledged to do if elected: heal the wounds and bring our country together. In recent years, our house divided against itself has responded with the seeming worst we have to offer. In this young year, the forces of resentment and reaction have done worse yet. Perhaps it is time to offer our best, to our country and to each other, and perhaps bring to a close, this partisan as well as medical pandemic from which we suffer.