To Save Democracy, We Need Historical Memory to be "Hot"

Shannon Bontrager is Associate Professor of History at Georgia Highlands College, Councilor, Teaching Division of the American Historical Association and a 2020 Mellon/ACLS Fellow. 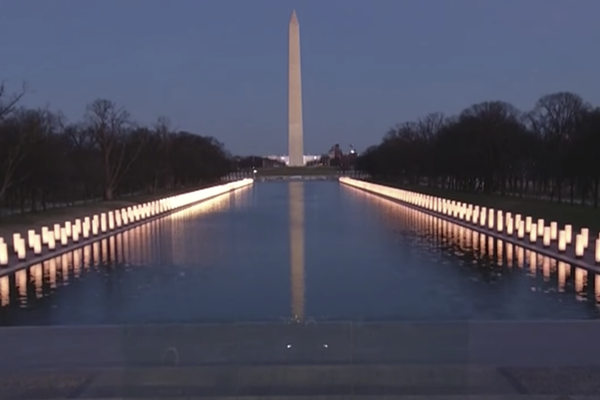 “We hold these truths to be self-evident, that all men are created equal” is not a statement of history but one of collective memory. At Gettysburg, Abraham Lincoln made a profound promise that changed the way Americans would remember this shared memory. He obliged the living to remember the dead and their cause so that a nation “dedicated to the proposition that all men are created equal” might not only live but “long endure” even as the nation experienced “a new birth of freedom.” Lincoln essentially heated a long-cold memory of America. Put simply, hot memory reflects society’s willingness and ability to remember by bringing the past into the present. In contrast, cold memory encompasses remembering by keeping the past from penetrating the present. Lincoln’s hot memory illustrated how the war dead sacrificed their lives acknowledging America’s slave past and how that past contradicted and even cancelled the memory of equality. Hot memory allowed the nation to move forward.

On the evening before his inauguration as the 46th President of the United States, Joseph Biden presided over a short but powerful ceremony of grief in the nation’s capital at the reflecting pool across from the Lincoln Memorial. Lincoln’s memory, in monumental and historical form, provided the backdrop as Biden’s brief comments channeled the hot memory that Lincoln promised the dead. Around sunset, the President-Elect commemorated the 400,000 who died in the first year of COVID-19. Biden remarked “to heal, we must remember.” Four hundred lights lined the reflecting pool. As the glimmering of twilight turned into dark, the warm glow of the lights reflected back across the water and against the cold January night, Biden continued, “it’s hard sometimes to remember, but that’s how we heal. It’s important to do that as a nation.” On this evening, Biden summoned hot memory to acknowledge collectively the grief of so many who had thus far grieved alone without the nation. A message of grief and memory to help the nation move forward.

President Donald Trump’s administration thrived within cold American memory with devastating effect. His administration was infamous for the lengths it would go to insulate Americans from the past. From climate change denial to Trump’s “very fine people on both sides” remark about white nationalist violence in Charlottesville, Virginia, to the doomed and incoherent 1776 Commission Report that tried to create “patriotic” history, to his insurrectionist supporters who stormed the U.S. Capitol on January 6th, bringing a Confederate battle flag into the hallowed halls of Congress, Trumpism as a movement flourished by separating the present from the past and filling our culture with “alternative facts,” QAnon conspiracy theories of globalist Democratic pedophilia rings, and even fantasies of a false past that would make America great again. This cold memory short-circuited our ability to learn from the mistakes of the past.

Yet it failed at completely freezing American culture. Hot memory has been around us all along even if it took Amanda Gorman's brilliant poem to alert us to our frigid relationship with the past. Her line “It’s because being American is more than a pride we inherit,/It’s the past we step into/and how we repair it” was a call to practice a hot memory of the nation’s creed. The Equal Justice Initiative, for example, has built a museum and a National Memorial for Peace and Justice commemorating the victims of racial violence in Montgomery, Alabama. The William Winter Institute for Racial Reconciliation in Jackson, Mississippi promotes racial reconciliation and civic renewal. Black Lives Matter protests around the country have resiliently reminded us of a traumatic past (and present) of systemic racism. Segregationist monuments, especially depicting the likeness of Confederate leaders have been brought down in places across the American landscape. Even Congress has gotten into the act of warming memory by overriding President Trump’s veto of the Defense Bill and insisting on renaming bases, monuments, and symbols currently on U.S. military installations.

Memory is warming in these United States even while others try to chill it. The persistent thawing of cold memory is a long process made with small but important gains. The more we can bring the past into the present the more we can make progress in fulfilling the nation’s creed. As Gorman challenged us, “When day comes we step out of the shade,/aflame and unafraid/The new dawn blooms as we free it/For there is always light,/if only we’re brave enough to see it/If only we’re brave enough to be it.”