Who Deserves Credit for Inventing Vaccination? And Why Does it Matter Today?

John Rhodes is a Fellow of the Royal College of Pathologists, has served on UK international vaccine missions, and published numerous articles in leading journals such as Nature, Science, and The Lancet. He is also the author of The End of Plagues: The Global Battle against Infectious Disease (Palgrave Macmillan, 2013).  His forthcoming book How to Make a Vaccine: An Essential Guide for COVID-19 and Beyond will be published by the University of Chicago Press, on March 22nd, 2021). 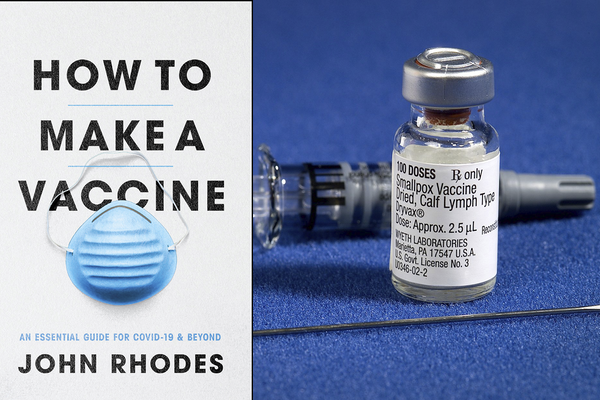 Many are familiar with the unassuming English Country doctor whose insights and daring human experiment inscribed the first sentence in the story of vaccination we recognize today.   Edward Jenner’s discovery of cow-pox vaccination in 1798 became the source for an ever-widening stream of endeavor which came to encircle the globe, culminating 180 years later in the complete eradication of the most feared contagion of all--smallpox.

Jenner did not enjoy a golden career in medicine.  His qualifications weren’t recognized by Oxford and Cambridge, and the Royal College of Physicians in London would never admit him because he wasn’t qualified in Latin.  ‘In my youth,’ he protested, ‘I went through the ordinary course of classical education, but the greater part of it has long since transmigrated into heads better suited for its cultivation.’ He eventually earned his MD, at the age of 43, from the Scottish University of St Andrews.  Jenner preferred natural history and was the first to discover the parasitic behaviour of the cuckoo.  In 1806 he at last achieved greater recognition.  On receiving a Chinese pamphlet describing Jennerian vaccination he wrote to a confidant, ‘Little did I think, my friend, that Heaven had in store for me such abundant happiness.’  But Jenner was not the originator of immunization.  And the true beginnings of inoculation, which lead directly to the vaccines of today, have nothing to do with the Age of Enlightenment or the birth of Western science.  So where did this uniquely powerful weapon come from?

A princess and a lady?

The year 2021 – the year of the vaccine - is a significant anniversary.  It marks three hundred years since the first well-documented study of immunization to prevent disease in the Western World.  On August 9, 1721, as the sun rose over London’s Newgate Prison, the Royal Experiment got underway.  The sample size was small: just six subjects were assembled to receive the inoculation. But the team of observers was large and illustrious. At least 25 members of the College of Physicians and fellows of the Royal Society were privileged to witness the moment.  Six prisoners, condemned to die on the gallows, received injections of partially dried material from the skin of a patient with smallpox.  The trial was a great success: all six recovered quickly after a localised rash. The trial participants were pardoned, released, and protected forever from the dread disease.

The Royal Experiment had been commissioned by King George the 1st’s daughter-in-law, Princess Caroline, following the death of her son from smallpox.  Caroline, an intellectual with a lively interest in science, was aware of the Turkish practice of inoculation through Lady Mary Wortley Montagu, explorer, writer and pioneer feminist.  Mary introduced the practice to the London aristocracy after observing it in Constantinople.

But this historic, well-documented trial does not reveal the original source of immunisation, and we must look still deeper into the past.

An Emperor and a Slave?

In the same year as the London experiment, Boston in New England suffered a serious outbreak of smallpox, and the influential preacher Cotton Mather initiated a trial of the practice. The immunizations were undertaken by Dr Zabdiel Boylston, who successfully protected 242 subjects.  But where did Mather learn about inoculation?

The information had come to him years earlier, and the source of this singular wisdom was a North African man transported as a slave.  Soon after Mather acquired him, the enslaved African told Mather of the operation he’d undergone, which had given him “something of the smallpox and would forever preserve him from it,” as was customary among his people.  Mather named his slave Onesimus.  Onesimus eventually succeeded in purchasing his freedom, but the real name of the African who carried the wisdom of inoculation to the New World in 1706 will always remain a mystery.

Yet smallpox inoculation was not exclusively an African tradition.  When Chinese Emperor Fulin died of smallpox in 1661, his third son, K’ang-hsi, succeeded him, chosen because he’d survived smallpox.  K’ang-hsi was a passionate advocate of inoculation and in the late 1600s, he wrote a letter to his children: “The method of inoculation having been brought to light during my reign, I had it used upon you, my sons and daughters . . . and you all passed through the smallpox in the happiest possible manner. . .  The courage which I summoned up to insist on its practice has saved the lives and health of millions of men. This is an extremely important thing, of which I am very proud.”

But Emperor K’ang-hsi was not the first to champion inoculation.

Centuries of wisdom in African and Eastern Civilizations?

Although inoculation was widespread in African and Eastern cultures by the early Eighteenth century, scholars remain uncertain about when the practice first began.  Most point to two specific accounts, one in a Chinese text, the other an Indian, written around 1550.  Traditional beliefs in the Ottoman Empire held that inoculation was originated by Arabs sometime before 1550, and spread along trade routes through Africa and the Middle East to India.  Inoculation may be more ancient than this, but we can never know for sure.

Today, communities of color are hardest hit by the COVID-19 pandemic but are much less likely to receive protective vaccination.  As ethnic minorities are targeted by falsehoods about the contents of vaccines and the motivation behind vaccination policy, it’s good to know the truth about the origins of immunisation, the most successful medical measure to save lives and prevent disease.