The San Francisco School Board vs. Abraham Lincoln (High School) 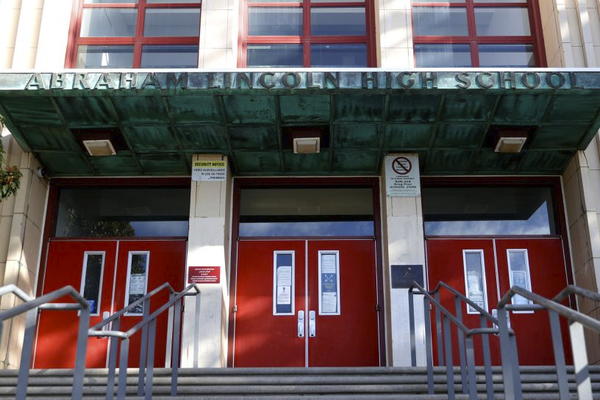 The recent decision by the San Francisco School Board to rename forty-four schools has stirred up a nationwide controversy; most of the attention has justifiably focused on renaming Abraham Lincoln High School because the 16th president approved the execution of 38 Sioux men in Minnesota in 1862. That event is, however, far more complex and nuanced than the school board’s facile judgment.

There had been massive theft of Sioux land in Minnesota despite treaties which guaranteed them ownership forever (a senator sympathetic to the Indians noted that “forever” in practice meant “until the white people want it”). Finally, a group of desperate and near-starving young Sioux raided an egg farm in southwestern Minnesota, killing five whites. Violence quickly escalated and hundreds of Sioux and white people were killed before the rebellion was crushed. A military commission promptly tried some 1,500 Sioux (42 defendants were tried in one day!), sentenced 303 to death, and demanded that Lincoln approve the sentences promptly to discourage further “savage” violence. Failure to do so, they warned, could make it “nearly impossible to prevent the indiscriminate massacre of all the Indians—old men, women, and children.” The president nonetheless ordered that no executions take place until he could personally review the records of all the convicted men.

Lincoln was appalled to discover that blatant bias, lack of reliable evidence and failure to provide counsel had all but guaranteed these convictions. Somehow, despite the crushing burdens of the war—the Confederates had just invaded Maryland and set their sights on Pennsylvania—he made the time to carefully review each conviction, reduced the number to be hanged to 38, and pardoned 265 of the prisoners. He also personally wrote out the names of each pardoned man and instructed the Army telegraph operator to be extremely careful in spelling these unfamiliar names since a careless error could result in hanging the wrong man. Several Minnesota officials later told the president that the widespread anger of the white population over the pardons would undermine Republican prospects in the 1864 presidential election; Lincoln responded, “I could not afford to hang men for votes.” He also told an Indian rights activist, “If I live, this accursed system shall be reformed.”

One might, not unreasonably, expect the school board of a major city like San Francisco to be somewhat more historically literate. But, perhaps Mark Twain was not far off the mark when he quipped, “In the first place, God made idiots. That was for practice. Then He made school boards.”