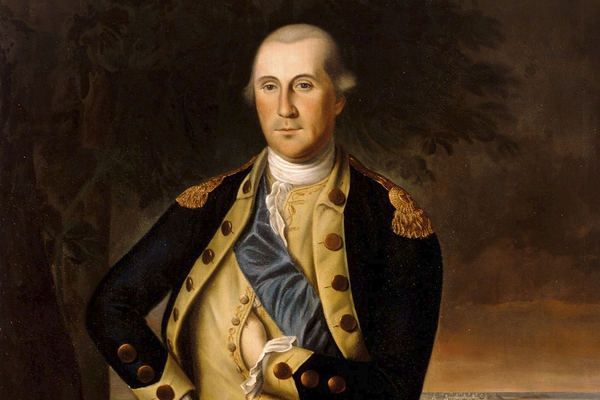 Health officials are welcoming celebrity endorsements of immunization, because approximately 30% of Americans are hesitant or opposed to getting the COVID vaccines. Stars from the world of entertainment are promoting the vaccination campaign, including Lin-Manuel Miranda, Dolly Parton, Patrick Mahomes, and Oprah Winfrey. Former presidents Bill Clinton, George W. Bush, and Barack Obama are pitching vaccination as well. Yet it remains difficult to influence holdouts. Perhaps it would help the effort to persuade skeptics if officials cited an achievement of George Washington, a “celebrity” from history. During the American Revolution, General Washington required his troops to be immunized against smallpox. His example may impress vaccine skeptics.

George Washington knew the horrors of smallpox from personal experience. In 1751 he accompanied his brother on a trip to the Caribbean. Washington hoped the tropical airs would aid his sibling’s recovery from “consumption” (tuberculosis). George Washington contracted smallpox in Barbados. He survived but carried scars from the illness for the rest of his life.

When Washington was Commander in Chief of the Continental Army, he learned how the scourge could weaken a fighting force. A smallpox epidemic struck American troops that invaded Canada in 1775-1776. On the way to Quebec, about 30% of those soldiers dropped out of action because of sickness. Eventually, with about 50% of troops infected, the Americans retreated. Smallpox, as well as blizzards and British troops, wrecked the campaign to bring Canada into the revolution.

General Washington was disturbed by reports about the American army’s troubles in Canada and smallpox epidemics in Boston, Philadelphia, and other cities. Soldiers under Washington’s command lived and trained in close quarters. If smallpox spread among them, wrote Washington, “we shall have more dread for it, than the Sword of the Enemy.”

Washington acted swiftly in 1777 to prevent infections among his soldiers. He required inoculation of all army recruits that had not developed immunity from previous bouts with smallpox.

The procedure for inoculating individuals was risky. “Variolation” involved the lancing of pustules from a smallpox victim followed by insertion of the infected knife under the skin of a healthy person. In about two weeks, the patient typically became sick, but the illness was less severe than in a naturally acquired infection. Years later, in 1796, British scientist Edward Jenner created a true vaccine from cowpox that made immunization easier to administer and less dangerous.

When General Washington made his controversial decision, several political leaders in the colonies opposed variolation. They feared the process could spread infections rather than minimize them. Washington dismissed these concerns. He wisely endorsed medical intervention. After mass inoculation, all but about fifty soldiers in his army survived the epidemic.

This history carries a lesson for present-day holdouts against COVID -19 vaccines. America’s revered “Founding Father” applied the rudimentary medical science of the 1770s when confronting a dangerous outbreak. Washington’s leadership saved the Continental Army and quite possibly saved the fight for American independence as well.

The public now has much better access to medical information than Washington had when he required mass immunization. In the twentieth century, new vaccines brought infectious diseases under control, including polio, measles, and mumps. Now mRNA vaccines trigger immune responses that can protect millions of people from the coronavirus.

Despite impressive scientific advances, public opinion surveys show many Americans are reluctant to get COVID-19 shots. Polls indicate more than 40 percent of Republicans are hesitant. Resistance is especially strong in rural areas and in the southern states. Distrust of the vaccines is widespread geographically, however, and not confined to a few specific groups, notes Tara Kirk Sell, a senior scholar at the Johns Hopkins Center for Health Security. People who distrust vaccines come from many different backgrounds and have diverse reasons for rejecting vaccination.

Leaders in President Joe Biden’s administration recognize that many Americans are suspicious of claims about safety made by government officials, medical experts, former presidents, and celebrities. To overcome distrust, White House strategists are encouraging doctors and pharmacists to answer questions, provide confidence-building information, and administer shots. The Biden team hopes vaccine skepticism can be reduced by the involvement of medical professionals that are respected and trusted in their communities.

Efforts to deal with vaccine hesitancy might be advanced, too, if promoters of vaccination note the achievement of an admired leader of the American Revolution. George Washington protected his troops from a deadly epidemic by organizing the first large-scale immunization campaign in American history. Washington’s bold action enabled the patriots to continue fighting and eventually create an independent nation.