The New Meaning of "The Loyal Opposition"

Glenn C. Altschuler is the Thomas and Dorothy Litwin Professor of American Studies at Cornell University.  He is the co-author (with Stuart Blumin) of Rude Republic: Americans and Their Politics in the Nineteenth Century. 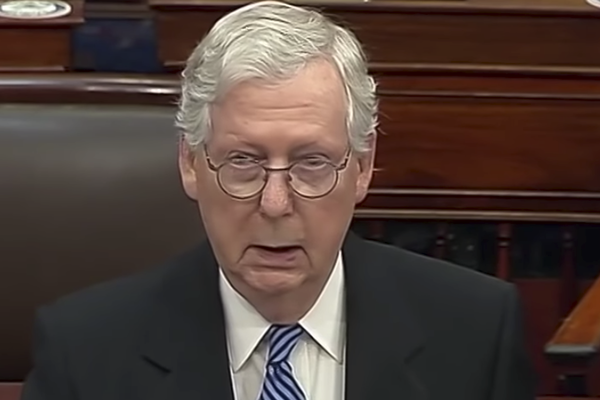 The phrase “the loyal opposition” was coined by John Hobhouse in a debate in the English Parliament in 1826.  Less than a hundred years later, A. Lawrence Lowell, a political scientist (and later president of Harvard University) proclaimed the loyal opposition “the greatest contribution of the nineteenth century to the art of government.”

Designed to make space for the political party out of power to dissent and hold the majority party accountable without facing accusations of treason, the concept of a loyal opposition depends on the deference of non-governing parties to the authority of democratic institutions and the normative framework in which they operate.

The saving assumption of the loyal opposition, Michael Ignatieff, former leader of the Liberal Party in Canada and President of the Central European University, has written, is that “in the house of democracy, there are no enemies.”  When politicians treat each other as enemies, “legislatures replace relevance with pure partisanship.  Party discipline reigns supreme… negotiation and compromise are rarely practiced, and debate within the chamber becomes as venomously personal as it is politically meaningless.”

Republicans in the United States Congress, many of whom endorsed groundless claims that the 2020 presidential election was rigged, it now seems clear, have changed the meaning of “loyal” to obeisance to party rather than to democratic principles.  And the decision of GOP leaders in the House and Senate to block a bi-partisan commission to investigate the January 6 assault on the Capitol serves as the most recent example:

According to John Katko, the New York Republican Congressman who negotiated the provisions of the draft legislation with his Democratic counterpart Benny Thompson of Mississippi, the bill was modeled on the 9/11 comission to ensure it was “depoliticized entirely.”  The commission would have been composed of an equal number of Republicans and Democrats, with equal subpoena powers, an inability to subpoena a witness without bi-partisan agreement, and shared authority to hire staff.

Although Democrats incorporated the provisions Kevin McCarthy (R-California) demanded into the bill, the House Minority Leader declared last month that he opposed the commission because its “shortsighted scope” omitted “interrelated forms of political violence in America… I just think a Pelosi commission is a lot of politics.”

Senator Mitch McConnell (R-Kentucky), who declared in 2010 that “the single most important thing we want to achieve is for President Obama to be a one-term president” and in 2021 that “100% of his focus” would be on “stopping the [Biden] administration,” claimed, without evidence, that Pelosi, Thompson and Company negotiated “in bad faith” in order to “centralize control over the commission’s process and conclusion in Democratic hands.”  Although the Justice Department is limited to investigating crimes and lacks the power to subpoena individuals with knowledge of the assault who did not break the law, the Minority Leader opined that the DOJ probe rendered a bi-partisan commission “redundant.”  To this allegedly good reason, he added his real reason: winning majorities in the House and Senate in 2022 requires Republicans to prevent Democrats from continuing “to debate things that occurred in the past.”  McConnell then orchestrated the filibuster that prevented the Senate from considering the legislation.

Ditto John Thune, Republican Minority Whip.  Without addressing the need to determine what happened on January 6, who was responsible, and how another assault might be prevented, Thune expressed his fear that an investigation “could be weaponized” in 2022.  Senator John Cornyn, who had agreed in February “with Speaker Pelosi – a 9/11 type commission is called for to help prevent this from happening again,” also began to sing along with Mitch.  “The process has been highjacked for political purposes,” he declared.  Democrats are “going to try to figure out what they can do to win the election.  Just like 2020 was a referendum on the previous problem, they want to make 2022 one.”

In the closing pages of 1984, George Orwell’s dystopian novel, O’Brien, a functionary in the totalitarian state of Oceania (whose first name is never revealed), predicts that in the not-too-distant future “there will be no loyalty, except loyalty to the Party… There will be no laughter, except the laugh of triumph over a defeated enemy.”

It has been said that “when the loyal opposition dies, the soul of America dies with it.”  And it may not be unreasonable to fear that unless principle begins to trump party that time may be at hand.