The Legacies of Un-critical Race Theory at Berkeley

Tony Platt is Distinguished Affiliated Scholar at the Center for the Study of Law & Society, University of California, Berkeley, and a member of Berkeley’s Truth & Justice Project. He is the author of several books, including Beyond These Walls: Rethinking Crime and Punishment in the United States, that address issues of race, inequality, and social justice in American history. 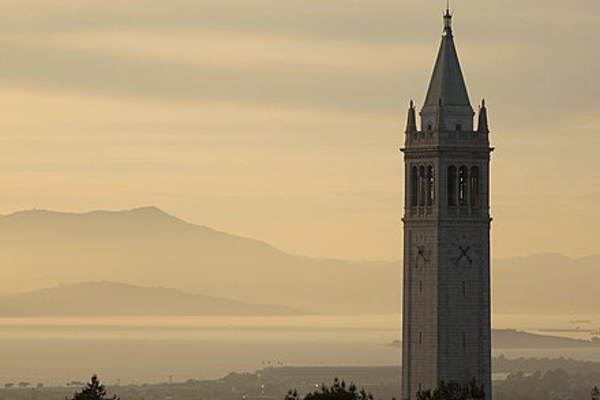 I am glad to see that structural critiques of racism are finally gaining some traction in university curricula and professional training in the United States. It’s been a long wait.

In the fall of 1972, while legal scholars were contemporaneously developing what would become Critical Race Theory, I was co-teaching a course on radical criminology to some six hundred undergraduates at Berkeley. Our curriculum included sections on “crimes of racism,” as well as crimes of imperialism, exploitation, sexism, and survival. Students read about the trial of the Panther 21 and institutional racism in prisons, and watched documentaries on the bombing of Hiroshima and the murder of Fred Hampton. I taught another class on criminal justice racism with David Du Bois, W. E. B. Du Bois’ stepson, who was then editor of the Black Panther Party’s newspaper.

Not surprisingly, I was not a criminology professor much longer. Informants in my classes reported to the FBI that I had “continually and consistently displayed anti-American ideas” and that I was “one of the first individuals to wear extremely long hair.” Berkeley’s Chancellor, in a confidential memo to a university committee considering my promotion to tenured professor, complained that my political activism had contributed to the “decline in morale” of the local police department and that my scholarship smacked of “Orthodox Marxism of the 1930s.” Moreover, he added, “I do believe some of his colleagues would be somewhat relieved if he weren’t around.” By the mid-1970s, the teaching of radical theories of racism was marginalized in most universities. In Berkeley, the University closed down the School of Criminology.

It would take another forty years for advocates of Critical Race Theory to again carve out a niche in academia. And again it is under relentless attack. There’s a lot of noise these days about how it’s promoting racial discord and generally wrecking the country. Sufficiently demonized to have its own acronym, CRT has replaced affirmative action and political correctness as the Right’s target in the culture wars. “It weaponizes diversity,” says Utah Senator Mike Lee, and turns “college campuses into grievance pageants and loose Orwellian mobs.” Opportunistically jumping on the populist bandwagon, Donald Trump accuses CRT of “indoctrinating America’s school children with some of the most toxic and anti-American themes ever conceived.” Its “ridiculous left-wing dogma” promotes “divisive messages [that] verge on psychological abuse.” How dangerous is it, you may ask? “It is a program of national suicide,” replies Trump.

No doubt Lee and Trump have in mind initiatives recently taken by universities, such as UC Berkeley’s promise to become an “anti-racist campus” that draw upon “antiracist frameworks” in teaching and research. With its progressive reputation for social justice activism, Berkeley is always an easy target for the Right, though I’ve not yet encountered any multicultural hordes running rampant on my campus.

For most of its history, from its founding in the 1870s through the 1990s, long before it took tentative steps to incorporate critical race theory into its curriculum, Berkeley was a bastion of uncritical race theory. The self-righteous indignation of leading politicians and literati was resolutely muted when academia nourished scientific racism.

Nobody yelled about disrespect for our ancestors when Berkeley’s first president Daniel Coit Gilman (1872-1875) praised California’s founding fathers for making “this wilderness rejoice and blossom like a rose,” thus erasing thousands of years of Indigenous history prior to genocide. The biblically inspired catchphrase fiat lux,  a regional expression of manifest destiny, is repetitively embedded in the University’s iconography, from its inscription on an arch honoring philanthropist Phoebe Hearst after her death in 1919, to its use as a sign-off in the Chancellor’s messaging today. Testimony to the staying power of fiat lux is former Senator and Republican pundit Rick Santorum’s recent claim to Young America’s Foundation that “there isn’t much Native American culture in American Culture…. We birthed a nation from nothing — I mean, there was nothing here.”

Nobody raised the specter of divisiveness when the university appointed John LeConte as its third president (1876-1881) and his brother Joseph as professor of geology. Both were unreconstructed racists from a slave-owning family in Georgia and owners of a weapons factory during the Civil War. There was only a slim hope, Joseph Le Conte argued in 1892 in his capacity as president of the American Association for the Advancement of Science, for civilizing the “plastic, docile, imitative Negro.” As for the American Indian, “extermination is unavoidable.”

Nobody registered their concern about cancel culture when the university appointed as its ninth president (1919-1923) David Prescott Barrows, whose experience as General Superintendent of Education in the occupied Philippines left him convinced that Filipinos had an “intrinsic inability for self-governance” and that “the white, or European race, is above all others the great historical race.”

Nobody seemed worried about the dangers of hyphenated Americanism when Berkeley’s most distinguished historian, Herbert Bolton, promoted the global significance of Spain’s colonial ventures, commending its “frontier genius” and efforts to “discipline the Indian in the rudiments of civilized life.” His 1922 textbook for children helped to solidify the myth that Spain’s deadly mission system taught “wild Indians the Christian faith and how to do useful things in the white man’s way.” Nor did university officials express any concern about the possibility of quid pro quo when the King of Spain made Bolton a Commander of the Royal Order of Isabella the Catholic in 1925.

Nobody charged two of Berkeley’s leading academics – zoologist Samuel Holmes and medical scientist Herbert Evans – with un-Americanism when they joined an organization that publicly praised Hitler’s regime for forcibly sterilizing 200,000 women during its first three years in power. They remained loyal members of the rightwing Human Betterment Foundation from its foundation in 1929 until its dissolution in 1942, nine years after the Nazi government enacted the Law for the Prevention of Genetically Diseased Offspring (Sterilization Law) and seven years after the publication of the first American Edition of Mein Kampf. “There is a good deal of discussion in Germany over the curtailment of the increase of Poles, Jews, and other elements not in the good graces of the present régime,” wrote Holmes in 1937, two years after the Nazis enacted the Nuremberg Laws. “What the Germans may accomplish – and many of their best minds are giving serious thought to the problem – remains to be seen.”

Holmes put his best mind to work in the United States by lobbying for a quota on Mexican immigrants (“the least assimilable of foreign stocks”), advocating financial incentives for white female students and faculty wives to procreate, and helping to make California the country’s leader in forced sterilization. You can hear strong echoes of this reactionary angst in Great Replacement Theory that today is a foundational tenet of rightwing ideology.

The university did more than tolerate Holmes’ fascist-inspired ideology, it also funded and published his extensive Bibliography of Eugenics (1924) and his racist screed The Negro’s Struggle for Survival, in which the author commended the Ku Klux Klan for promoting the health and welfare of survivors of slavery in the South, no irony intended. To Holmes, “the more primitive race” (Native People) had failed to “adjust itself to a more highly developed social order” and thus “disappeared” because they “remained, in large part, a sort of foreign element in our population.”

Nobody railed about cultural exclusion when Phoebe Hearst bankrolled archaeological expeditions to Egypt, Peru, Mexico, and California that returned to Berkeley with the spoils of mummies, funerary artifacts, and human remains–aptly described by Hazel Carby as “fetishes of conquest.” During the 20th century, university officials welcomed the plunder of thousands of Native graves and accumulation of the country’s second largest collection of human bones and crania in the name of “salvage archaeology.”

Nobody decried race-based theories when Edward Gifford, the university’s expert on anthropometry, promoted essentialist quackery about how “the living aborigines of California fall into two main groups, one low-faced, the other high-faced.” His research focused on the measurement of racial differences as indicated by the length and breadth of heads, noses, and ears; the degree of slope in forehead; the axis of nostrils; and the degree to which “the fleshy lower margin of the septum is exposed.” The university rewarded Gifford by publishing his research, putting him in charge of public education about anthropology, promoting him to full professor, and naming a room in his honor after his death in 1959.

In the 1970s and 1980s, while activists all around the country condemned psychologist Arthur Jensen’s arguments about the hereditarian roots of intelligence, the university protected his freedom to peddle updated eugenics while it justified closing down the School of Criminology on the grounds that we had abandoned our “professional mission.”  I don’t remember any administrators suggesting that Jensen’s scholarship represented an attack on American values.

“How Much Can We Boost IQ and Scholastic Achievement?” asked Jensen in his influential 1969 Harvard Educational Review article. Not much, he replied, and not worth social investment in trying to do so. For the next twenty-five years as professor of education at Berkeley, he stuck to his reactionary views about the fixed, genetic nature of intelligence. Moreover, his research boosted the popularity of Richard Herrnstein and Charles Murray’s neoconservative proposal in The Bell Curve that “it is time for America once again to try living with inequality, as life is lived.”

The logic of eugenics that was embedded in the work of the LeConte brothers, David Barrows, Herbert Bolton, Samuel Holmes, Edward Gifford, and Arthur Jensen has had devastating consequences for millions of people: poor women, disproportionately Latina, Native, and African American who were forcibly sterilized; Mexican immigrants who were restricted from entering the United States on racial grounds;  families of color who were tracked into segregated housing and substandard education; people with physical and intellectual disabilities who were denied a right to full lives; and Native People who were represented in popular literature and educational texts as biologically destined to extinction.

The ideas that settler colonialism and capitalism represented a progressive civilization bringing light to the darkness and that social inequality is rooted in biological predisposition shaped public education and everyday commonsense for decades. It lives on, for example, in Trump’s depiction of “American carnage” as inherent in “crime-infested” communities of color. And in police use of the pseudo-diagnosis “excited delirium” to explain why force is necessary to restrain and kill African American men.

In the twilight of my career, I was invited in 2014 to return as a resident scholar to Berkeley, the site of my banishment in the 1970s. It’s good to be back where I started my climb up the academic ladder and to witness the resurrection of efforts to infuse the curriculum with critically informed ideas about race. It’s the least we can do to make up for generations of what Inuit artist David Ruben Piqtoukun calls an “education in forgetting.”

I hope, though, that the university’s anti-racism initiatives also keep in mind one of Critical Race Theory’s central tenets: that racism is systemic and structural, that the past bleeds into the present.  To move forward we need to understand how and why universities such as Berkeley hosted and emboldened pro-racist initiatives for so long.

As I recently walked through the Berkeley campus – past buildings, statues, and plaques that celebrate an American president who authorized the appropriation of Native lands to finance the University of California; that dignify entrepreneurs who built their fortunes from the plunder of war and conquest; and that enshrine academics who polished their careers by making white supremacy respectable – I was reminded of Yurok Judge Abby Abinanti’s admonition that “the hardest mistakes to correct are those that are ingrained.”