In Critical Ways, the 1918 Flu Remains a Forgotten Pandemic

George Dehner is an associate professor of history at Wichita State University and a world environmental historian who examines the intersection of humans and disease in the modern era. He is the author of Influenza: A Century of Science and Public Health Response. 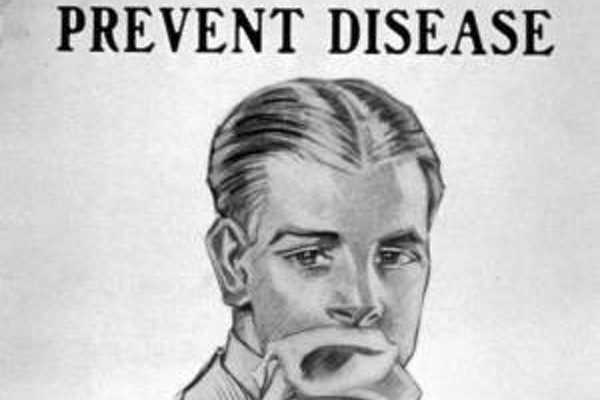 This fall, when U.S. fatalities from COVID-19 appeared to eclipse the domestic toll from the 1918 flu pandemic, news coverage centered on the milestone — the statistics of death, tragedy as told by numbers.

But much of the conversation fell short on history, missing a key moment to seize on past missteps in public health. As a people, we haven’t talked much about the reputation of the century-old scourge as the forgotten pandemic. We haven’t discussed how the nation failed then to strengthen its health safeguards, pandemic-response infrastructure or virus research after the so-called Spanish flu claimed up to 750,000 U.S. lives. Not much changed after that pandemic ended.

Dangerously, we haven’t openly spotlighted those failures in the context of the novel coronavirus. If we’re to avoid another duplication of errors and to save more lives in the inevitable next pandemic, we must weave those lessons immediately in our health policy and political discussions — not just pay lip service to superficial statistical observations.

We might start with the scarcity of truth. Public health efforts in 1918 generated resistance and complaints; many Americans turned to folk remedies and inexpensive panaceas. A century of advancements in science, technology and literacy hasn’t eliminated that tendency: Our modern pandemic revealed a distressingly large percentage of the general public either cannot decipher the difference between credible scientific research and hokum or subscribes to dismissive conspiracy-theory condemnations.

Lack of preparedness is another recurring caustic agent. As the nation was in March 2020, the U.S. in 1918 was unready for a global pandemic. There was little understanding of the organism in those days — influenza would not be properly identified as a virus until 1933. Few effective treatments or preventative options were available; public health was maintained by state and local offices with little federal oversight or support; and the germ theory of disease was only dimly understood by the general public and outright rejected in some circles.

Our vulnerability this time around has taken other forms — all the more inexcusable because of our modern technical and scientific abilities today to manage disease better. The Centers for Disease Control and Prevention botched the first efforts at generating test kits in the earliest days of the pandemic. The current administration’s support for additional supplies will aid in detection; however, testing capacity and the speed of results have continued to lag. Testing to identify new variants also remains insufficient in the U.S., with public health responses trailing the circulation of mutants.

Other parallels between the centuries include chaos, disorganization and fragmentation in public health responses. While state and local health authorities are now backed by a sophisticated federal system of research, organization and support, guidelines for managing outbreaks remained on the shelf as the previous administration downplayed the emerging COVID-19 threat. It effectively shunted the initial disease response to the state and local health authorities, delaying a more unified approach and setting up a long struggle to bounce back from initial failings.

Of course, the COVID-19 crisis has seen remarkable achievements, too. Informed by the virus’ genomic profile, published in January 2020, a public-private partnership accomplished the development, production and deployment of highly protective vaccines in a remarkably brief period. Continued research and experience caring for the stricken have led to effective treatments — proning, monoclonal antibody therapy and perhaps an anti-viral pill — as well as mitigation approaches: masking and social distancing.

We’re going to need much more progress as the conditions that facilitated COVID-19 — an expanding population that’s encroaching on shrinking natural reserves, linked by a global system of trade and travel — deepen in our midst. For decades, our institutions largely overlooked the Spanish flu and the shortcomings that it made plain. This time, looking the other way simply isn’t an option.

If history provides any guidance, the next pandemic organism may already be lurking.