A Year Later: Our Tattered and Fragile Democracy

James D. Zirin is a former federal prosecutor in the Southern District of New York. 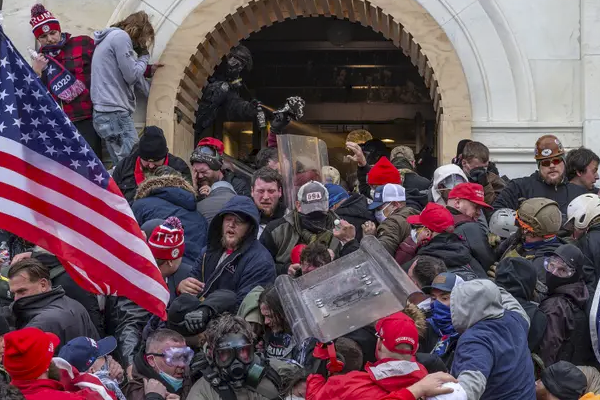 President Biden said on December 9 that our democracy “can at times be fragile, but it also inherently resilient.” Not everyone, however, is so optimistic as the President. The events of January 6 have sparked a host of fears, coming from responsible quarters, that our “fragile democracy” is in grave danger.

In. recent days, we have seen further legislative steps to suppress the vote, and to delegitimize the vote, in key states dominated by Republicans. There are now 33 laws in 19 states designed to make it harder for persons of color to vote. But even more disturbing from the point of view of democracy are the Republican party’s efforts to purge officials who resisted Trump’s attempt to undermine the 2020 results, and replace them with loyalists who will toe the line. In some states, Republican lawmakers have taken control over the local administration of elections. In Wisconsin, a crucial swing state, Republicans  are seeking to eliminate the state’s bipartisan elections commission altogether and to install themselves as the sole arbiter of election outcomes. And more than a dozen other Republican states have similarly enacted laws to transform the counting and review of ballots cast into a carefully monitored partisan exercise. Fiorello LaGuardia, the legendary Mayor of New York City from 1934 to 1945 famously said “there is no Democratic or Republican way of cleaning the streets.” There is no Republican or Democratic way of counting and reviewing ballots either.

And if you can’t win an election with a thumb on the scale, try a coup d’état. Three retired generals are “chilled to our bones at the thought of a coup succeeding next time. The generals are “increasingly concerned about the aftermath of the 2024 presidential election and the potential for lethal chaos inside our military, which would put all Americans at severe risk.” Strong words.

The generals read the handwriting on the wall. A shocking  number of veterans and active-duty members of the military joined  in the insurrection. More than 10%  of those charged in the attacks had a service record. A group of 124 retired military officials, traveling under the banner “Flag Officers 4 America,” released a letter, channeling Trump’s bogus claim that the election was stolen.

Recently, and most troubling, the generals point to Brig. Gen. Thomas Mancino, commanding general of the Oklahoma National Guard, who refused an order from President Biden requiring that all National Guard members be vaccinated against the coronavirus. Mancino  made the bizarre claim that while the Oklahoma Guard is not federally mobilized, his commander in chief is the Republican governor of the state, not the president. Mancino should be court-martialed, but it hasn’t happened yet.

Barbara Walter, a political science professor at the University of California, San Diego, and a member of a key CIA advisory panel, the Political Instability Task Force, warns that the US is “closer to civil war than any of us would like to believe.” We have, she says, “entered into dangerous territory.”

Sidney Blumenthal, a long-time adviser to Bill and Hillary Clinton, anticipates a virus of violence. He sees us as possibly moving into a period of ‘low-intensity conflict’ with right-wing militia groups committing endless acts of violence. Blumenthal couches his opinion “on the proliferation of guns,” certain to increase if the Supreme Court holds in New York State Rifle & Pistol Association v. Bruen. argued November 3, that New York’s gun control law requiring licensing for those who wish to carry a handgun in public that the Constitution guarantees the unfettered right to carry concealed weapons in public places.

And if you need any further proof that the apocalypse is coming, Newsweek ran a piece claiming that millions of angry, armed Americans stand ready to seize power if Trump loses in 2024. They think that Biden is destroying the country.

In 2000, 60 percent of gun owners cited hunting as the reason they bought guns. The rest largely listed "sport"  But 16 years later, 63 percent were saying they bought guns for self-defense. That shift was brought on by often delusional ideas about street crime, a euphemism for black violence And for the past four years those fears have been stirred into a stew of white supremacist anti-government, adding  a dash of pro-Trump “stop the steal” tropes. "We've seen the flourishing of a different view of gun rights, one that focuses on the necessity of owning guns in order to fight a tyrannical government," says University of California Law Professor Adam Winkler. "The promotion of that idea has made it all the more likely that some people will come to see the government as a tyrannical one that needs to be overthrown." The resulting gun-rights-driven, anti-deep-state radicalism echoes throughout Republican-heavy social media and other communications channels.

A reactionary Vietnam war veteran Mike Niezenski thinks that the 2024 election may be the trigger for millions of armed insurrectionists to visit the Capitol and, as Trump put it, “take back our country.” Niezinski’s remarks on social media received 44,000 views in the first two weeks of November and more than 4 million overall. There are a lot of people out there who feel that something has been taken from them. Whether they are impelled to join an armed march on the Capitol is another question.

So, as Beckett said in the opening lines of Waiting for Godot, “What is to be done?"

Recently, Robert Palmer, one of the principal players on the ground during the January 6 insurrection was sentenced to more five years in jail. Another, Devlyn Thompson, just received a 46 month jail term for his part in the melee —both stiff sentences. Palmer threw a fire extinguisher at a police officer; Thompson struck a police officer with a baton. But where are the conspiracy charges against the major players Trump and his crew who made the insurrection happen?

Diffidence is misplaced in a prosecutor. Much evidence has already come to light as a result of the House Select Committee investigation, and probes by media organizations. We now look to Attorney General Merrick Garland to move against those at the top who made January 6 happen. Only then, will the rule of law be vindicated. As the iconic  Federal Judge Learned Hand observed, “conspiracy is the darling of the prosecutor’s nursery"

A modified version of this essay has appeared in the New York Daily News on January 3.