Cassandra Calls from the Age of Metternich

NIELS EICHHORN is a history writer in Hobbs, NM. He holds a Ph.D. in History from the University of Arkansas. He is interested in international aspects of the Civil War, including diplomacy. He has published articles on Civil War diplomacy in Civil War History and American Nineteenth Century History. He is the author of Liberty and Slavery: European Separatists, Southern Secession, and the American Civil War; The Civil War Battles of Macon; and Atlantic History in the Nineteenth Century: Migration, Trade, Conflict, and Ideas. 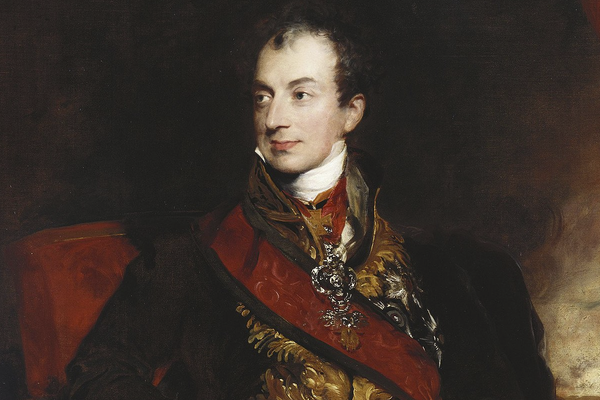 On the day that the Supreme Court announced its decision in Dobbs v. Jackson Women’s Health Organization, social media was filled with calls to fight back and for Democratic politicians to do something. History has been used and abused a lot this week by people on all parts of the political spectrum, whether it is Justice Clarence Thomas's odd reading of history in New York State Rifle & Pistol Association, Inc., et al. v. Bruen or the more nuanced attempt by many historians to look at the history behind these decisions. However, there is another aspect of history that we should consider and worry about as we look to a future of a divided country with likely a unified Republican government after the 2024 election.

In the immediate aftermath of the announcement of Dobbs v. Jackson Women’s Health Organization, politicians and social media influencer made all kinds of supportive or detractive statements. Sadly, people all too often threw around the terminology of a “radical” Supreme Court, including Speaker Nancy Pelosi who said,

There’s no point in saying “good morning,” because it certainly is not one. This morning, the radical Supreme Court is eviscerating Americans’ rights and endangering their health and safety.

We should be careful with that word choice, as the Supreme Court’s ultraconservative outlook is not radical, which implies positive and forward moving change, but reactionary, a political backward drift for society. It is this issue we should also historically consider as we look toward the future.

There are comparisons of how Dobbs maybe equivalent of Plessy v. Ferguson or even Dred Scott v. Sandford. However, we may also go a different direction for comparison. After all, this reactionary spirit and sense of despair is not a new one. In 1815, the European powers came together in Vienna to craft a new European order following the upheavals of the French Revolution and Napoleonic Wars. The goal of the reactionary architects of the new Europe, first among them Fürst Klemens von Metternich, was to find a way to return the genies unleashed in France back to their respective bottles.

However, just like it is possible but not politically, socially, or morally sound to return to a pre-Roe world without abortions or, as is hinted at in the concurring opinion, a world where gay marriage is illegal and birth control unreachable, so too was it impossible to undercut a century of ideas about national identity and constitutional government. We are, just like those in 1815, at a watershed moment, facing the decision to take steps back or remain on the path of progress. In 1815, Europe took major steps back; it took decades to rectify those failures, but the ideas and desires remained strong.

Among the most powerful early challenges after 1815 to the established order in the German states was the so-called Wartburg Festival. Many young students, part of the fraternal university organizations called Burschenschaften, attended. There was singing of patriotic hymns, similar to the Democratic Representatives singing God Bless America on the stairs of the Capitol after the court handed down its decision (the singing was coincidentally organized to celebrate the passage of the new gun safety law). There was also the burning of unpopular books and other hated symbols of the reaction.

The reaction by Metternich and his archconservative peers was swift and decisive. The Carlsbad Decrees dramatically undermined freedom of press and the freedom of speech of university professors, who henceforth faced constant surveillance during classes. Finally, the decrees also outlawed the fraternal organizations, the Burschenschaften. Although not comparable to women losing autonomy over their own bodies, this was still a significant limitation of people’s freedoms. These restrictive laws remained on the books in many states for a generation until the Revolutions of 1848 brought some limited changes and much hope.[1]

Some conversative leaders worried that the nationalist spirit embraced by these young students could bring about the replacement of Christianity or at the very least subordinate Christianity to patriotic love for the nation.[2] This certainly has its parallels in the modern era as many evangelicals in the United States worry about their future in the United States and against all evidence present themselves as a prosecuted group.

Today’s struggle, like the one in the nineteenth century, was about ideology. In starkly exaggerated terms, the question is whether in the United States we will move forward as a country embracing equality and foster democracy or embrace a reactive set of policies that discriminate against a variety of people. Similarly, people after 1815 viewed the future in starkly ideological terms. Just like some conservatives today blame academic liberals and fake news media for the ill of the country, conservatives after 1815 blamed “visionary academics, sensationalistic journalists, and bourgeois malcontents”[3] for the contemporary upheavals.

Neither the revolutions in 1830 nor in 1848 settled the issues and many of the issues remained unresolved for decades. I am not saying this parallel comparison means the United States stands at the cliff of a generation of reactionary, repressive politics nor that the end of female bodily autonomy is equivalent to the end of freedom of press or speech in the 1820s, but the European reaction of 1815 should serve as a reminder to us that there is such a possibility, and that our choices can prevent such a backward trajectory. Even violent revolutions eventually were unable to bring change, something very important to remember. At the same time, some U.S. evangelical ultraconservatives might find Metternich a pleasant bedfellow.

The parallels do fail slightly, as European princes controlled both the apparatus of state and had a monopoly on the means of violence, i.e. the military and police. Furthermore, there was not yet an established system that guaranteed things like freedom of assembly and a legal framework governing sovereigns. We do have those, but we have to worry about how quickly even those might erode in light of the recent gun rights and Miranda Rights ruling by the Supreme Court, not to mention the accelerating decline since 2020 of the democratic process. We are at a crossroads and it might be useful to place ourselves in the shoes of those liberal reformers of 1815 to consider what the future might hold and how we can right the ship of state.