Catch these Harriet Tubman and Frederick Douglass Docs While You Can 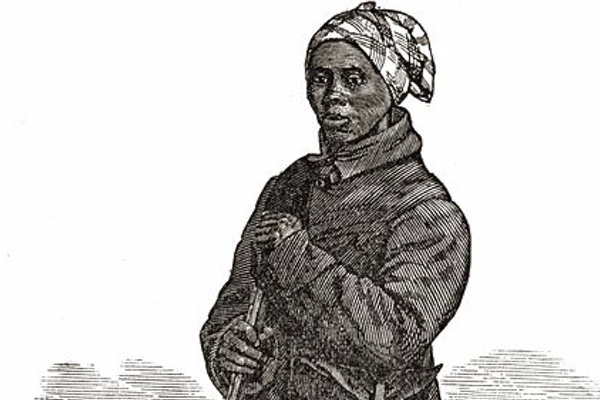 The recent appearance on PBS of two one-hour documentaries on two great nineteenth-century Americans, Harriet Tubman and Frederick Douglass, prompts the following reflections on the historical significance of these programs and their two main characters. Moreover, the earlier appearance in 2019 of the film Harriet (longer than the two PBS documentaries combined) offers additional material, so that we can also compare and contrast the value of these PBS historical treatments to a film that takes more artistic liberties.

But before getting into various approaches towards history, an appreciation of Tubman and Douglass is in order. What makes them heroic figures is their persistent, dogged, lifelong commitment to their values, including their willingness to suffer for them. The director of the National Park Service’s Harriet Tubman Home in Auburn, NY, where Tubman lived in her post-Civil War decades (up until her death in 1913), identified her “core values” as  “freedom, faith, family, community, justice, [and] self-determination. These are the things that every day of her life, she tried to advance.” Douglass shared Tubman’s passion for freedom and against slavery and her commitment to social justice. And like Tubman, who had visions and believed that God was often directing her, Douglass was strongly influenced by his religious beliefs, loved the Bible, and was akin to the Bible’s Jewish prophets. David W. Blight’s award-winning biography of him is entitled Frederick Douglass: Prophet of Freedom.

Both Tubman and Douglass were born into slavery in Maryland, he in 1818 and she four years later (by 1860, there were almost as many free Blacks in Maryland as enslaved ones, with the latter numbering about 90,000 and the former slightly less). Douglass escaped in 1838, ending up in New York city; Tubman fled in 1849, and made her way to Philadelphia. From then until Lincoln freed most slaves in the Civil War (1861-1865), they worked passionately to end the abomination of slavery, their passion being fueled by their own past suffering of the indignities of that practice.

Unlike most people, who never possess a deep passion for a great value or cause, the two abolitionists were willing to die in order to free slaves. Today, being against slavery might not seem that heroic, but back in the 1830s and 1840s, many people in the south and in border states like Maryland still supported it. The same year that Douglass escaped (1838), the Jesuits who ran Georgetown University “sold more than 272 enslaved people from their five Maryland plantations.” That Catholic religious order, particularly two early Georgetown presidents, both priests, did so to save the university from “financial ruin.” Some of the slaves, including children, “were torn from their families and sold to plantation owners in southern Louisiana.” Nor was that D. C. university (from which I received my Ph.D) the only one implicated in the nefarious practice of slavery. According to a 2016 New York Times article “more than a dozen universities—including Brown, Columbia, Harvard and the University of Virginia—have publicly recognized their ties to slavery and the slave trade.”

Of the two PBS documentaries,  “Harriet Tubman: Visions of Freedom” was the first to appear (on 4 October), and  “Becoming Frederick Douglass” was broadcast seven days later. Fortunately, readers can still watch both films on PBS.org, which will continue to stream them for 30 days after their initial air dates.

The format of both programs is similar to that of most PBS documentaries. The stories of the two heroes, overwhelmingly focusing on their lives up until the end of the Civil War, is related primarily by experts on them and/or slavery. Fortunately, for the watchability of the documentaries, the expert comments, often by university professors, are brief enough that they are never long-winded. The commentary is accompanied by old photographs, some of them depicting the inhumanity (like beatings) toward slaves, and often by various music, including African-American spirituals like "Wade in the Water" and "Go Down Moses." Some of these songs were used by Tubman and other "conductors" on the Underground Railroad network to send various signals to slaves, wishing to or in the process of escaping from their slave masters.

Both documentaries are fortunate in having good voices tell part of the story. The chief narrator in the Tubman piece is award-wining actress Alfre Woodard, and Douglass’s words come to us in the deep, majestic voice of Wendell Pierce--now on Broadway as Willy Loman in a new production of that great American play “Death of a Salesman.”

Toward the end of the Tubman program, we hear Pierce’s voice read part of an 1868 letter that Douglass wrote to her, signing it “your friend”: “The difference between us is very marked. Most that I have done and suffered in the service of our cause has been in public . . . . The most that you have done has been witnessed by a few trembling, scarred, and foot-sore bondmen and women, whom you have led out of the house of bondage, and whose heartfelt, ‘God bless you,’ has been your only reward. The midnight sky and the silent stars have been the witnesses to your devotion to freedom and of your heroism.”

That Douglass letter reflects some of the major similarities and differences between them. Douglass was certainly the more public figure of the two. Early in the Douglass documentary, one expert (Harvard’s John Stauffer) tells us that “more Americans heard Douglass speak than any other American in the nineteenth century, with the possible exception of Mark Twain.”  Another expert (Harvard’s Sarah Elizabeth Lewis) relates that in that same century, “Douglass is the most photographed American man.”  Moreover, following the publication of his Narrative of the Life of Frederick Douglass, an American Slave in 1845, and his subsequent trip to England, Ireland, and Scotland, his fame quickly spread abroad.

Although Tubman also lectured on occasion, her fame rested primarily on her work as an Underground-Railroad “conductor.” The documentary on her, after devoting about the first third to her life as a slave, focuses most of the remainder of the program on her secret trips going back to Maryland (which she did approximately 13 times) in order to “conduct” slaves (at least 70 of them) to freedom. Toward the end of the program, it devotes a few minutes to Tubman’s leading role in 1863 in the Combahee River Raid in South Carolina. By then she had been gathering intelligence on Confederate operations, and she now took the chief role in planning and directing the raid. It involved sending boats carrying Black Union soldiers up the river, where they aided over 700 enslaved men, women, and children to board Union boats and escape slavery. Only a few final minutes of the documentary touch on Tubman’s final post-Civil-War decades, when she used her home in Auburn, New York “to shelter elderly, formerly enslaved people who couldn't take of themselves.” She also continued to press for racial equality, as well the equality of women, including their right to vote.

One of the most “atrocious and shameful” slavery laws (in the words of Douglass) was the Fugitive Slave Act of 1850, and both documentaries emphasize it. Referring to Tubman at this time, Jeff Ludwig (Director of Education, Seward House Museum) states “the Fugitive Slave Act is the shadow that looms over everything else Tubman does.” This federal law enabled owners whose slaves had fled (no matter to where in the U. S. or how long ago) to be captured and brought back to their owners. In 1851, for example, agents arrested a Black man in Indiana, whose owner claimed he had escaped nineteen years earlier. The law also made it a crime to offer shelter or food to any fugitive slave, and stipulated that citizens were compelled to report any such person. Slave catchers, often coming from more southern states to northern ones, occasionally actually captured and brought to owners free Black people who had never been slaves at all. In her history of the USA, Jill Lepore quotes a New York woman who had fled slavery as saying that the new law marked “the beginning of a reign of terror to the colored population.”

Another effect of the Fugitive Law was to increase the number of Black people fleeing to Canada. One source places the number at about “three thousand in the last three months of 1850 alone.” On the Tubman documentary, we hear the following refrain from one song of the time that reflected that plight:

I'm on way to Canada,
That cold and dreary land;
The dire effects of slavery,
I can no longer stand.

The title of the Douglass documentary,  “Becoming Frederick Douglass” suggests that the program is more about his earlier years, and indeed it spends less than a minute mentioning his post-Civil War career (he died in 1895).  But those last three decades were significant ones for him; he continued to make important contributions to American life; and he remains astonishingly relevant to our present racial and ethnic concerns.

In an earlier posting on this site, I dealt in much more detail regarding the treatment of history in films or on TV, and some of that analysis is pertinent to the 2019 film Harriet, which compared to the PBS documentary on Tubman takes many more artistic liberties. For example, a major character in the film is Gideon Brodess, the son of Tubman’s slave master. But one source about the film notes that “just about everything in the movie that involves this character and his dogged, years-long pursuit of Tubman, up to and including a final standoff in the woods, was invented for the movie.”

For historians this poses a serious problem: how are viewers to know what really happened and what is just invented fiction? Fortunately, the source that reveals that Gideon Brodess’s actions were fictional is entitled “What’s Fact and What’s Fiction in Harriet.” And the author of the piece, partly by consulting experts, does a credible job distinguishing fact from fiction. Some of PBS’s and others’ TV historical productions have also done this, and it is helpful. One good example is PBS’s 8-episode series Atlantic Crossing, which deals with U. S. President Franklin Roosevelt’s Atlantic policies in World War II and his relations with Martha, the wife of Norwegian Crown Prince Olav. For each episode PBS provides a “Fact or Fiction” segment.

In light of the continuing deep resentment of many Trump supporters toward the aspirations and gains of women, people of color, or illegal immigrants, the lives of Douglass and Tubman remain as important as ever. So too do many of his writings and speeches--Tubman never learned to read and write (for a good /sampling of the writings of Douglass, see here).  By providing two nineteenth-century portraits of heroic champions of racial equality, plus a website that provides links to other materials about them, PBS has performed an important public service for our troubled times. If you’ve not already seen the documentaries, there are still a few more weeks to do so on PBS.org.