Amel Ahmed is Associate Professor of Political Science at the University of Massachusetts at Amherst. 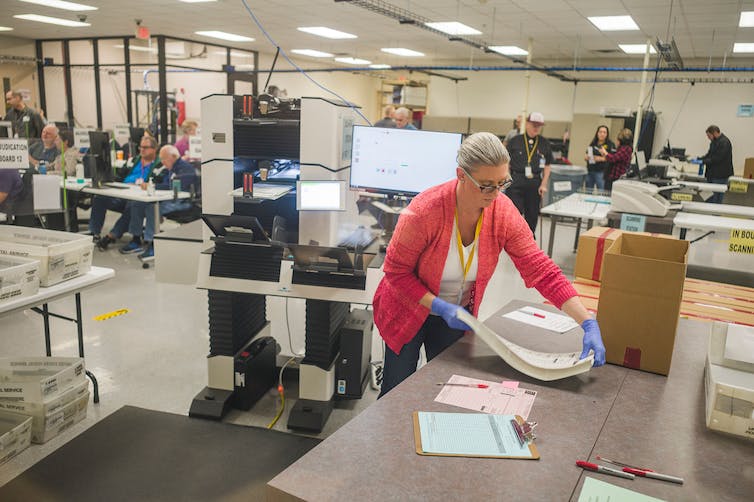 When people think about making elections secure, they often think about voting machines, cybersecurity and mechanical threats. They don’t think about people.

Since 2016, when there was evidence of computer hacking that did not affect the election’s results, the federal government has taken significant steps to secure elections, such as declaring election systems as crucial to national security as the defense industry, nuclear power plants and highways. This has allowed state and local officials to apply for federal funding and technical support to buy equipment and get training to protect elections.

These measures have largely paid off. Voting systems’ hardware and software are regularly tested by federal, state and local election authorities. Two dozen states rely on voting machines more than a decade old, which is generally considered past their life span. But this is down from 43 states in 2014, and ongoing efforts to update the operating systems in the older machines mean fewer glitches and breakdowns on Election Day.

Improved computer systems have streamlined and increased the efficiency of voter registration processes, and maintenance and updating of voter rolls, as well as making them more secure.

There is always a chance of problems at the polls, but Election Day difficulties are much less common than ever in the past.

These are all important steps. But as a scholar of voting systems, I believe the focus on the machinery of elections has obscured a different threat to the nation’s elections: Local election administrators work under increasingly difficult circumstances, with dwindling resources and mounting challenges.

A survey of local election officials conducted by the Center for Tech and Civic Life, a nonprofit election reform group, finds that just 2% of them say they have everything they need to do what’s required of them.

Low-paid, and with little control

U.S. elections are administered at the local level – each county, or even municipality, has its own rules, and its own officials to execute them. The work is not lucrative – some make as little as $20,000 annually, with a national average of $50,000.

There is little glory to be had. With titles such as “clerk” and “registrar”, these jobs are not usually steppingstones to a grander political career. Those who take up these positions typically are public-service-minded, looking to give back to their communities. They may have political preferences, but at least until recent years, they are probably the least motivated by partisan politics of all the people involved throughout the election process.

Election officials have little control over the rules themselves. They’re not lawmakers.

Their job is to implement the rules as efficiently as possible, balancing two core goals: voting access and electoral integrity. In American politics these two goals are often presented as rivals, but election administrators also see the potential to achieve both goals simultaneously and work to balance them in each election.

The central challenge of their work is to find solutions to the multitudes of logistical hurdles presented to them so that neither access nor integrity is sacrificed. For early voting, polling places have to remain open for long periods; for Election Day in-person voting, different locations and staffing numbers are needed to handle the potential crowds. Voters and ballots have to move efficiently and securely, all of which requires methodical planning and creative problem-solving. But these people are under significant pressure. 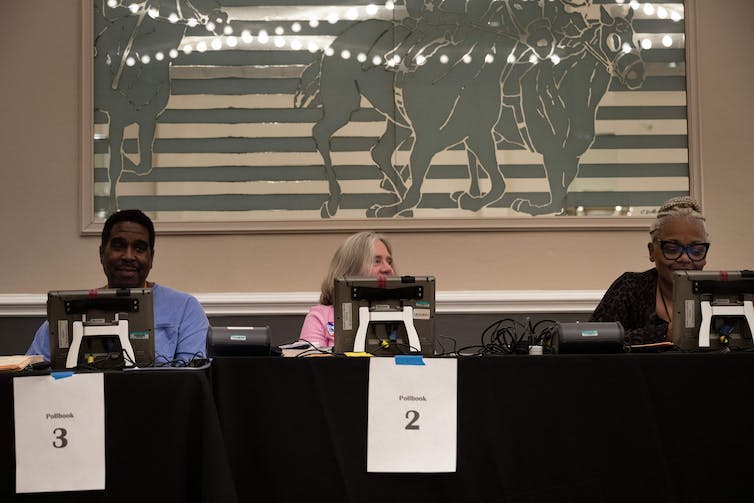 Many election officials can’t afford to set up a permanent office or hire full-time staff. Some report lacking internet access and basic supplies such as printers, scanners and even desks. And for all of the talk about machines, many don’t receive enough money even for that – a large percentage report not being able to acquire upgraded technology in over a decade. Many even report not having the funds to implement changes required in new legislation.

The smallest jurisdictions are hit the hardest: More than half of jurisdictions with 5,000 voters or fewer report having no full-time staffers in the election office. Larger jurisdictions may have up to 10 staffers, but the responsibilities are much greater, because these officials are responsible for orchestrating elections for over 250,000 voters.

Much of this scrutiny stems from doubts about the integrity of elections fueled by politicians seeking to overturn specific contests, or even to lay the groundwork for future challenges. Whether undertaken strategically or sincerely, these challenges add to an already significant workload for election officials, and most offices are not set up to accommodate the increase in demands.

On top of these logistical challenges, election officials have also faced significant personal attacks as their jobs have come under increasing political scrutiny and, sometimes, attack. In a 2021 survey conducted by the Brennan Center, 1 in 6 local election officials reported receiving threats related to their jobs, with half of these threats coming in person, rather than online or over the phone.

Election administrators also face pressure from political figures: Nearly half feared that in an upcoming election they would be pressured to decide elections in favor of a specific candidate.

The combined stresses have reached a boiling point, with 1 in 5 of the nation’s local election officials likely to leave their jobs before 2024. They will take with them a wealth of experience that cannot be easily replaced.