"You Don't Have the Votes": The House Speaker Fight Echoes 1839

Michael Trapani is a teacher of U.S History in Bridgewater, NJ. His book, Panic in the Senate: The Fight Over the Second Bank of the United States and the American Presidency, was published in 2021. He has also written multiple articles on 19th century politics. 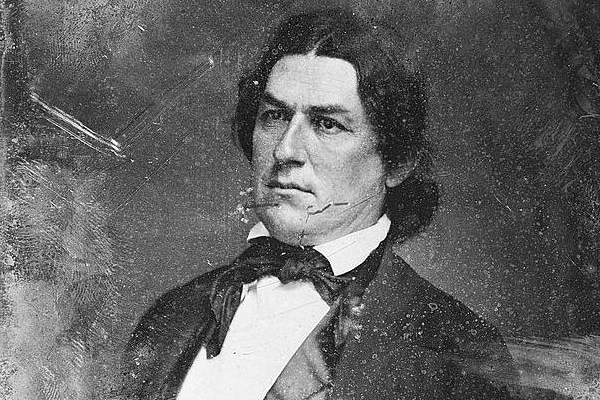 In December 1839, Robert M.T. Hunter, Whig of Virginia, was – eventually – elected as the Speaker of House for the 26th Congress.

Editor's note: This essay was prepared for publication on Friday, January 6, prior to the House reconvening at 10:00 PM and voting to make Kevin McCarthy the Speaker.

The “red wave” midterm elections predicted by many pundits and Republicans amounted to little more than a trickle. That trickle, however, was enough to hand control of the House of Representatives back to the GOP after a four-year hiatus. Kevin McCarthy, who spent those four years as minority leader in the shadow of his in-state rival Nancy Pelosi, believed his party would reward him for his years of service by handing him the speaker’s gavel when the 118th congressional session began.

As an 8:00 PM vote to adjourn carried, ending the third day of the new session (January 5) with no speaker chosen, it became clear that McCarthy’s path to the speakership, if one still existed, would be a rocky one. That reality had actually revealed itself two days prior when, for the first time in 100 years, a speaker of the house was not chosen on the first ballot. Ten more ballots have yielded no winner. Responsible for the seismic turn of events is a small group of hardline conservatives who question McCarthy’s conservative chops, labeling the Californian part of a dreaded “establishment,” and sought to extract concessions on house rules and committee leadership that would place more of their members in a position to drive (or derail) legislation. Nineteen insurgents stood firm on the first two ballots to deny McCarthy the prize; a twentieth has since joined and Victoria Spartz (R-IN) has voted present on the last eight ballots after voting for McCarthy on the first two.

It is unclear how this will all play out. Perhaps the hardliners are playing their version of hardball, hoping to squeeze as many concessions as possible from McCarthy before dissolving their oppositional bloc—chiefly securing a pledge to shut down the government rather than raise the debt ceiling again and a rule change allowing a single member to call for a motion to vacate the Speaker’s chair. Perhaps they are playing the long game in hopes of forcing a complete standstill and compelling McCarthy to capitulate to give way to a compromise candidate. Modern observers are unacquainted with this sort of fight for the speakership. These protracted battles, however, were fairly common during the antebellum years.

Of the first thirty-six congressional sessions, thirteen went beyond the first ballot, with six requiring ten or more. The most contentious speaker fight (34th Congress, 1855-1857) played out in the heat of the burning sectional feud of the 1850s that would soon explode into the Civil War. Two months and 133 ballots were needed before Nathaniel Prentice Banks of Massachusetts won a slim majority to mercifully end what was by far the lengthiest battle for control of the lower house. Six years earlier, after a nineteen-day standstill, the members chose to reduce the threshold for a winner from a majority to a plurality to allow for the commencement of House business.

While not as lengthy of a fight, perhaps the most bizarre start to a congressional session happened in December 1839, when the 26th Congress began its business (while the congress officially began in March, its members did not meet in Washington until December for logistical reasons). The House convened on December 2 and proceedings began as customary with the clerk reading off the names of the elected members. In those days, the delegates were seated geographically, with the clerk beginning with Maine and working down the coast before moving out west. When the clerk reached New Jersey early in the call, he read the name of John Randolph, a Whig. He then stopped, citing an issue; two slates of representatives, one Whig and one Democratic, claimed to be the duly elected members from their state.

New Jersey's delegation to the 26th Congress had been elected at-large, rather than by congressional district. The six Whigs who claimed the seats presented papers bearing the governor’s seal, the legally mandated proof of election. The Democrats brought papers as well, but theirs bore the seal of the secretary of state. The discrepancy stemmed from allegations of voter fraud and illegal vote certification coming from two New Jersey counties. Whig governor William Pennington chose to throw out the votes in question, giving his party’s delegation all six seats. The papers signed by the secretary of state reported the unaltered results and slim victories for five of the six Democrats (because Whig John Randolph’s seat was not disputed, the clerk seated him during the roll call).

The clerk’s decision to pause the roll call precipitated a chaotic start to the congressional session. Whigs insisted that the delegation holding the legally acknowledged documentation be seated immediately, the remaining delegates called, a speaker chosen, and the House organized. Once organized, the House could commence an investigation to get to the bottom of the matter. Democrats countered that seating the Whig members was a blatant subversion of the will of the people, since the Whig victory came only after the exclusion of hundreds of votes.

No one seemed to know how to proceed although many offered their thoughts. One proposal was to choose a temporary speaker, organize the House into its respective committees and allow the Committee on Elections to investigate, at which time a permanent speaker could be chosen once the proper members were seated. This raised the question of which New Jersey delegation, if any, should be able to vote for the temporary speaker.

Another suggestion was to pass over the New Jersey delegation completely, seat the remaining members (or at least establish a quorum), and allow the House to rule on the matter before organizing. Several Whigs argued that the House could not begin official business without being organized. They argued instead that the New Jersey Whigs should be seated and a speaker chosen. If an investigation later revealed that the Democrats were the rightful holders of the seats, a new speaker election could take place.

The wrangling went on for four days until finally the decision was made to appoint former President John Quincy Adams as chairman so that questions could be put before the members and votes taken. The first question posed was a vote on the resolution to skip over the New Jersey delegation to establish a quorum to rule on the issue at hand. Before votes could be taken, members questioned whether the New Jersey Whig delegation, as the bearers of the legal certification, should be allowed to vote on a matter that directly concerned them. Debate raged for the next several days, at times resembling an Abbott and Costello routine—Adams insisted that questions could not be voted on without the New Jersey vote; Democrats argued that a vote should be taken to determine which slate of New Jerseyans should be allowed to vote; Adams argued that vote could not occur without the vote of a New Jersey delegation.

The House eventually decided to allow both New Jersey delegations to vote, after which each individual member’s credentials were read and a determination was then made as to whether to count their vote in the final tally; none of the New Jersey delegates' votes were counted.

Despite their inability to resolve the matter of the New Jersey vote, balloting for the speaker at long last took place after the Whigs relented—twelve days into the session. The first ballot left Virginia Democrat John W. Jones five votes shy of the 118 vote threshold for victory. The second vote produced the same result with some shuffling of support among the also-rans. The third and fourth ballots revealed a weakening of support for Jones, and by the fifth vote his total dropped to 71, while fourteen other members received at least one vote. After a sixth ballot produced no one within thirty-nine votes of winning, the House adjourned.

The next day’s voting introduced a new front runner, Alabama Democrat D.H. Lewis. Lewis received 110 votes on the day’s first ballot and 113—matching the highest total on any of the ballots—on the day’s second. Lewis’s support dwindled over the next two votes, however, and after the tenth ballot, he withdrew from consideration. Meanwhile, a states’ rights Whig from Virginia named Robert M.T. Hunter had gathered momentum during the day, increasing his vote total on each ballot before finishing atop the long list of candidates with 85 votes on the tenth ballot. On the eleventh and final ballot, Hunter, his states’ rights credentials making him palatable to Democrats, received 119 votes and became the youngest occupant of the speaker’s chair.

Shortly after his election, Hunter organized a Committee on Elections—a committee that included future accidental President Millard Fillmore—that, after months of investigation, voted along party lines to seat the Democratic delegation from New Jersey.

Time will tell how the speaker of the house election for the 118th Congress will resolve itself. Twenty-first century Americans are seeing 19th century politics play out before them for the first time. With the nomination of former President and non-House member Donald Trump on the seventh and eighth ballots, it would seem, as was the case in 1839, that we are in for a wild ride.