Michael A. Genovese holds the Loyola Chair of Leadership at Loyola Marymount University where he serves as President of the Global Policy Institute. He has written over fifty books, including The Modern Presidency, Columbia University Press, 2022. 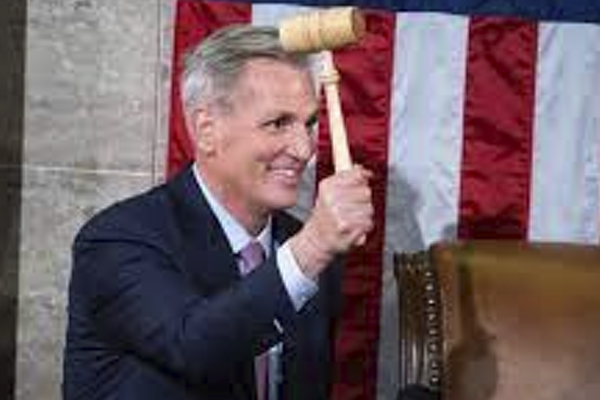 President Joe Biden has been, by most objective measures, an effective president. His first two years in office produced several landmark legislative achievements which, given his razor-thin majority control of the House and a 50-50 tie in the Senate, speaks to his skill as well as his success in the domestic arena. From the American Rescue Plan to infrastructure spending, a large stimulus package, an expansion of the social safety net, COVID vaccine distribution, the Inflation Reduction Act, climate control spending, gun control reforms, CHIPS, the reauthorization of the Violence Against Women Act, and other accomplishments makes Biden an especially successful president.

But as has been the pattern historically, in the midterm election of 2022, Republicans took control of the House by a slim margin, while the Democrats actually expanded their control of the Senate, winning one seat to take a 51-49 majority. If the Democrats did fairly well by comparative standards in the midterms, the loss of control of the House means that, as so often happens, Biden will face divided government in his next two years in office. How is this likely to impact his ability to govern?

The simple answer is that it will make things more difficult for Biden. Expect deadlock, roadblocks and a slew of investigations into any number of issues (or pseudoissues)—Hunter Biden and his infamous laptop, the Afghan pullout, the border situation, the COVID response—the list seems inexhaustible now and will certainly grow. Republicans will seek to distract Biden from governing and put him on the defensive. How have past presidents governed in divided government, and what lessons might Biden draw from his predecessors? Political scientists have extensively studied this question and while there is no one-size-fits-all strategy for success, there are several things that Biden can do to increase the odds he can govern amid divided government.

Biden’s governing path will be made even more difficult as a result of the chaos and conflict in the Republican House caucus, conflicts that were played out in front of a national television audience in the early days of January 2023 when it took the Republicans fifteen ballots to select a Speaker. In order to secure the Speaker’s job, California Republican Kevin McCarthy was forced to make compromises and bargains with the most extreme MAGA wing of the Republican Party, compromises that will severely weaken the Speaker as he tries to herd the cats of Congress. Clearly, President Biden will face a House of Representatives with an emboldened extreme right wing and a weakened Speaker, making broad-based coalitions and compromise between the parties more difficult if not impossible.

A proviso in this is that many of the lessons for navigating divided government draw from a time when, even with strong partisan divisions, it was not uncommon for landmark legislation to have a bipartisan flavor. Some of the biggest reforms in domestic policy came about with a fairly broad consensus and cross-party voting in Congress. Civil rights reforms, Medicare, tax cuts, and environmental laws often were the result of some legislators crossing party lines to form a broad-based consensus that, while led by presidents, had a bipartisan congressional stamp of approval. That has not been the case in the past thirty years.

Beginning in the Clinton years, the two parties became more divided ideologically, more tribal in their attitudes, less willing to broker deals, more rigid in their insistence that principles could not be compromised as more issues were seen as a defense of core principles. The opposition party was increasingly seen as “the enemy” to be destroyed.  With the parties so ideologically divided yet so evenly divided numerically in the nation, the obvious result was gridlock, deadlock, blame-game accusations, and the weaponization of policy differences. Politics, always a blood sport, became all-out war. Thus, strategies often employed by presidents like Lyndon Johnson and Ronald Reagan – schmoozing, making trade-offs, give and take, bargaining, compromising, meeting in the White House to pressure legislators, doing favors for members, and brokering exchange deals – while not off the table, happen less frequently than before.

Today, merely talking to a President of the opposition party can bring a barrage of criticism from the more extremist members of the opposition, and even mainstream members often see such political and even social exchanges as traitorous. When politics is war, sleeping with the enemy – or even breaking bread – is seen as a cardinal sin.

How have the more recent presidents adapted to this new hyper-partisan environment? In the past thirty years we have seen the development of the “two-stage presidency.” The modern presidency is bifurcated in two-year segments. In the first two years of an administration, presidents tend to stress legislative achievements and attempt to pressure Congress to pass their legislative agenda. Having (usually) a majority in both Houses, presidents are better positioned to seek legislative victories by appealing to party loyalty, or seeking limited bipartisan support. Most of the modern presidents have seen years one and two produce most of their legislative successes.

But after the midterms, which usually see an incumbent president’s party lose roughly 30 seats in the House and 3 or 4 in the Senate, the political calculations change sharply, and presidents can no longer expect Congress to pass significant legislation. Presidents figure this out quickly and adjust to a different governing strategy for years three and four: developing an administrative approach to governing. In the back half of the term, presidents seek to pursue policy changes using unilateral actions that do not require the approval of Congress. Governing “with the stroke of a pen” can be tempting, but also dangerous. Utilizing executive orders, proclamations, executive agreements, National Security Directives, regulatory changes, and other managerial tactics, presidents attempt to bypass Congress and govern directly (and alone).  Of course, this strategy is not as permanent as passing landmark legislation that is protected from the whims of change of the political seasons. Executive orders – which have the force of law – can be undone by a successor (as often happens) and while many do have lasting power, many of the more controversial orders (e.g. on civil rights or the environment) can be easily undone. President Trump made it a point of pride to undo as many Obama-era executive orders as he could. And then Joe Biden sought to undo Trump’s undoing of Obama.

If the managerial route to governing is so transient, why do presidents even bother? Because if that’s all you have, that’s what you use. Executive orders can be a good way to signal to important interest groups in the party that you are behind them and working for their interests. And at times, such orders stick and become set policy. Yes, the managerial or administrative presidency is a recognition and acceptance of weakness, but all presidents know they will be judged by the public, and they need trophies to display indicating they are governing for the people. Presidents would much rather go the legislative route, but when that door is slammed shut, effective presidents develop alternative strategies and adjust to the realities of the times.

All presidents are susceptible to two forces: numbers and times. By numbers we mean the number of members of the president’s party in Congress (a majority allows them to have a fighting chance of passing legislation), and by times, we mean the mood and demands of the times. In a crisis presidents are ceded power, in normal times, they are usually hemmed in. If the people are in a public-spirited mood, presidents might be able to use popular opinion to press Congress. At times these two factors merge (e.g. FDR and the New Deal years of 1933-37) but only rarely are the political stars so aligned. Presidents can’t create the political environments in which they govern. But they can be sensitive to mood swings and political opportunities. To everything there is a season, and the season for legislative achievement is short-lived and susceptible to interruption. Get what you can, when you can, in the ways you can.

We have today a new “two presidencies” model of the office: one template for years one and two, another for years three and four. In the first two years presidents pursue legislative victories, in the last two they seek administrative victories. President Joe Biden will continue to make legislative proposals, but watch his administrative actions for a clue of where he intends to take the nation.