Why is Our Government Prosecuting Whistleblowers?

William J. Astore, a retired lieutenant colonel (USAF) and professor of history, is a TomDispatch regular. He welcomes reader comments at wjastore@gmail.com. 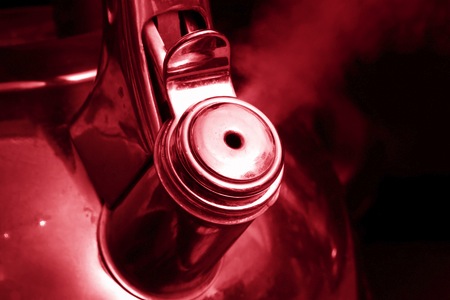 You know the saying: If you've done nothing wrong, you've nothing to hide. I hear it from my students: I've nothing to hide, so let Big Brother scrutinize my emails, my phone calls, my purchases, my activities online, and so on. Anything to keep us safe from the big, bad terrorists.

But there's a fundamental problem with this. As Glenn Greenwald, a former constitutional lawyer, has noted, it's government that is supposed to be public, open to inspection by its citizens, whereas we the citizens have a constitutional right to privacy. Since 9/11, if not before, our government has been hard at work to reverse that concept. Whereas the most private details of our lives are increasingly laid bare to government operatives, the government itself increasingly shrouds itself with a veil of secrecy. And any citizen seeking to lift that veil, if only for a moment, gets persecuted and prosecuted by that same government.

Given its ongoing war against whistleblowers, the government clearly acts as if it has plenty to hide. But you, John Q. Citizen, are not allowed to peep. Only the government can peep. You, the puny citizen, must show all, bare all, but the government shows nothing, tells nothing. And it's off to prison for you if you dare to expose any governmental skin.

You can hardly point out that the Emperor has no clothes if you're not even allowed to look in his direction. And that's precisely the point of the government's war on whistleblowers. The message couldn't be more clear or more authoritarian: Avert your eyes, citizens! Nothing to see here, move along!

The government's aggressive posture recalls one of my favorite Chuck Norris lines: "When I want your opinion, I'll beat it out of you."

Yet, I'm old enough to remember the ideals of the Cold War. Remember back to those ancient times when it was precisely our individual freedoms and relative governmental transparency that distinguished us from the oppressive and secretive Commies? Indeed, we counted our individual freedoms as well as a government accountable to its citizens as among our greatest national strengths.

Now, tell me why in our endless "war on terror" we're surrendering the very same freedoms, and making our government less accountable to the people, in the (false) name of "strength" and "security." After all, I'm sure Soviet leaders had a similar rationale when they cracked down on whistleblowers or "dissidents" who had the courage to speak out.

Come on, government. Stop persecuting and prosecuting whistleblowers. You've done nothing wrong, so you've nothing to hide. Right?