Elizabeth Tandy Shermer is assistant professor of history at Loyola University Chicago and a scholar-in-residence at the Newberry Library. She is the author of "Barry Goldwater and the Remaking of the American Political Landscape" and "Sunbelt Capitalism: Phoenix and the Transformation of American Politics (Politics and Culture in Modern America." The opinions expressed in this article are her own. 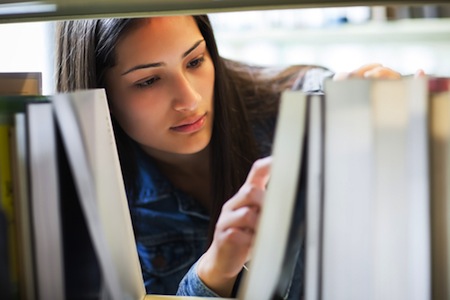 Classes start soon and returning students will be concerned about their job prospects. What should faculty tell undergraduates seeking career advice in an age of systemic youth unemployment and underemployment? Don’t whisper “plastics” to graduates but consider telling students about politics. The upcoming midterm elections will soon generate opportunities for co-eds. So too the rollout of the Patient Protection and Affordable Care Act. Congress is trying to delay Obamacare’s implementation but federal agencies are still hiring. Plus, the Department of Health and Human Services has just awarded $67 million to 105 groups, which will hire “navigators” to help the uninsured make sense of the options available. Co-eds can also follow the lead of thousands who do not have medical training but have still found work in the state exchanges that must be fully operational by 2014.

This legislation’s enforcement also offers much-needed lessons in policymaking, schooling that is difficult to do during U.S. history surveys or upper-division courses. Young Americans learned much about governance while in the employ of FDR’s New Deal and LBJ’s Great Society, which are most famous for guaranteeing and expanding basic social welfare. New Dealers famously provided most workers with a federal pension; thirty years later Congress amended the Social Security Act to provide elderly and poor citizens with health insurance. The Roosevelt and Johnson administrations also supplied Americans with meaningful work. The Great Depression ravaged agricultural, mining, and manufacturing sectors but this era also saw the construction of the roads, bridges, and dams crucial to postwar commerce. LBJ could hence ask young people to take a job helping the disadvantaged in a time of abundance, when work was easily found outside federal initiatives like Head Start, Teaching Corps, or Volunteers in Service to America (VISTA, the domestic version of the well-known Peace Corps).

Paychecks, benefits, and draft deferrals were of importance to the young Americans serving their country at home during the 1930s and 1960s. They also received invaluable civics lessons. Jimmy Carter talked about his experience trying to enforce the 1933 Agricultural Adjustment Act in An Hour Before Daylight: Memories of a Rural Boyhood (2001). He took a job overseeing AAA crop payments in 1939, when his mother needed to spend a summer at home tending to her youngest son. Sixteen-year-old Jimmy spent 70 hours a week measuring cropland to determine how much of a federal subsidy area farmers were due. The extra $100 a month helped during the Depression but this experience also served him well in later years. He discovered just how hard implementing policy could be, especially at the grassroots. Georgia planters needed help yet considered AAA oversight “a totally unacceptable invasion by the federal government into the private affairs of free Americans.” Federal mandates to destroy excessive harvests and livestock were “sacrilegious acts” for farmers, like Carter’s father, “an otherwise loyal Democrat,” who “never forgave Roosevelt” even after prices rose. Carter himself received a severe beating for measuring a pecan grower’s acreage too exactly. Carter’s supervisor backed up his charge’s calculations, which showed the landowner to be under the threshold for a payout. The entire episode taught Carter much about Southern agriculture: “The pressures for more rapid improvements were building, but with little effect.”

Journalist Jonathan Rowe also learned that passing sweeping legislation was far easier than making it work at the local level. This Young Republican joined VISTA shortly before graduating Harvard. He admitted in the Washington Monthly that volunteering partially fulfilled a patriotic need to become a “Spear Carrier in the War on Poverty.” It also seemed in line with his political beliefs. “Conservatism had always been connected to the idea of service,” he reasoned, “if the government wasn’t supposed to do very much, then wasn’t it all the more important to pick up the slack?” He also admitted that finding a job and avoiding the draft influenced his decision. He nonetheless found himself in a minefield, albeit in Lower Manhattan. He fought poverty with Mobilization for Youth, whose mission may have been job training but MFY also “organized rent strikes, picketed construction sites over union hiring practices, took on public school principals, and in general made a ruckus not seen on the Lower East Side since the garment workers took on the bosses earlier in the century.” Rowe soon discovered that change mostly occurred in the drudgery of details, the kind of mundane activism that led his supervisor to sigh, “there is nothing you can do.”

Rowe actually did something at MFY legal services. Offices were hardly “hot-beds of legal ‘activism’ ” but “more a divorce and welfare mill.” Rowe was just the messenger, who served complaints and observed proceedings from the back of crowded courtrooms. He still made a real difference to residents of two tenement buildings whose boiler stopped working. The landlord ignored their complaints during a particular harsh February. Rowe went door-to-door (armed with just a clipboard) to get occupants to sign a petition for a “7A,” a legal arrangement that enabled tenants to withhold their rents and pay them to a trustee, who used the money for repairs. Rowe got his signatures, tracked down the slumlord, and collected rents, gathering enough money to pay long-ignored utility bills. His efforts enlivened occupants. City officials found themselves unable to ignore their demands to make use of an emergency heating program. “I can think of nothing I’ve done,” Rowe admitted years later, “that helped concrete individuals the way we did when we got the boiler fixed.”

Rowe also discovered something that professors struggle to teach millennials: “The revolution is exhilarating. Running the state afterwards is something else.” Young people found politics thrilling in 2008, even those more enthused by Sarah Palin and Ron Paul than Republican nominee John McCain (much less Democrats like Barack Obama or Hillary Clinton). First-time voters also followed the debate over Obamacare, first in Congress and then before the Supreme Court. Gridlock has done much to damper the sort of youthful enthusiasm needed now, either in the jobs Obamacare is providing or the opportunities midterm elections for Republican, Democrat, or third-party candidates will supply. History professors might consider advising undergraduates looking for career advice to go to the grassroots, where the next generation of policymakers, be they Democrats like Carter or Young Republicans like Rowe, can discover first-hand what we tried to underscore in their course work: change is hard and takes place over time. Hopefully, graduates will learn (as Rowe did) just how gratifying the tedium required can be.