Is America Going the Way of Norse Greenland? 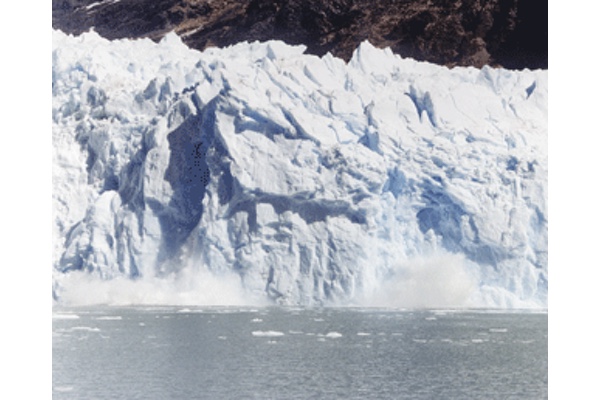 Civilizations that make bad decisions about the environment they occupy cannot sustain themselves over the long run. By appointing Scott Pruitt, a known environmental skeptic, as director of the Environmental Protection Agency and by signing on March 28 the executive order beginning the rollback of the Obama-era initiatives, President Trump has placed the US on such a path.

The Vikings were a warrior, sea-faring people from Scandinavia who in the late 8th century began to project their power first to the British Isles and over the next centuries from as far west as Canada to as far east as western Russia. Their initial raids consisted of only several ships; however, eventually armadas of 30 or more ships plundered the coastal and river towns of western Europe. More than simply violent raiders, they were also very courageous explorers and extensive traders, even if they generally were heavily armed. Ahmad Idn Fadlan, a 10th century Arab soldier and diplomat of Baghdad stated, “Every one of them carries an ax, a sword, and a dagger.”

In 984 a group of these Norse Vikings ventured to Greenland and established two major settlements. In his book, Collapse, Jared Diamond explains how these families from Norway eventually built churches, used iron tools, and herded farm animals. Life on Greenland was harsh, but, as they demonstrated for nearly 500 years, still sustainable. Thereafter, they vanished.

Initially, however, they prospered. They had discovered a virgin landscape suitable for livestock and had the luck of a relatively mild climatic era. They were able to grow adequate hay for their livestock. The sea-lanes back to Europe were ice free, facilitating trade for needed goods. Their European kin sought the walrus ivory they were able to supply. There were no quarrelsome natives.

However, as time wore on, the favorable conditions changed. The climate became colder, shortening the growing season. The European demand for their ivory declined. Lastly, native Inuit people appeared. These factors were beyond their control; however, they did have control over how they responded to these challenges.

Regarding the Inuit, the Norse chose to view them as inferior people who had little to teach them, calling them “Skraelings” (wretches). The Christian Norse therefore chose to reject their technologies and strategies: their streamline kayaks to harpoon seals; their large boats (umiaqs) and their specialized harpoons to kill whales. They did not learn the special techniques the Inuit used to hunt ringed seals, the most abundant seal in the coastal waters. There is also little evidence of inter-marriage or trade between the Norse and the Inuit. Clearly, the Norse kept them at a distance and chose conflict over cooperation.

Regarding the environment, the Norse made decisions which gave them short-term benefits, but which in the long term were unsustainable. By cutting the trees and over-grazing with their livestock, they destroyed the natural vegetation. For fuel and also for the construction of their buildings, they cut and stripped the turf. All these activities caused harmful soil erosion, leading eventually to shortages of lumber, iron, fuel, and arable land.

American civilization, the world’s second largest carbon polluter after China, now has the Trump administration leading it, one that seems intent on fulfilling President Trump’s campaign pledges to place economic growth above a sustainable environment. Appointing Scott Pruitt as EPA director in February was akin to letting the fox into the henhouse. On March 28, Trump signed an executive order beginning the rollback of the Obama-era environmental initiatives and attempting a futile revival of the coal industry. This order directed the EPA to begin the process of rewriting Obama’s Clean Power Plan closing numerous coal-burning plants and constructing new wind and solar farms. With these actions the United States has now officially become an “environmental skeptic.”

If the world had arrested the markers of harmful climate change, perhaps the situation would not be so ominous. However, this is not the case. As reported by the National Geographic Society, the global surface temperature average in 2016 set another record. It was higher than 2015, which was higher than 2014. Last year’s average was 1.69 degrees Fahrenheit warmer than the 20th century average. The Arctic has warmed significantly and its ice cover continues to thin and to shrink. The world’s two largest ice sheets (in Greenland and Antarctica) continue to decline. Since 2002 the Greenland ice sheet has lost an average of 287 billion metric tons of ice each year. Over the past four decades, climate-related disasters have risen. Finally, last year the Great Barrier Reef off Australia experienced its largest recorded coral die-off.

Jared Diamond ends his analysis of the demise of Norse Greenland by focusing on its leaders: the chiefs and clergy. These were the primary decision-makers who owned most of the land and most of the boats, as well as controlling most of the trade with Europe. They chose to devote much of the trade to importing luxury goods to enhance their lives and prestige. They might have made wiser decisions for the settlement’s longer-term interests; for example, it would have been wise to import more iron and fewer luxury goods and to copy the successful technology and techniques of the native Inuit. However, they had the power and privilege to decide otherwise. Diamond concludes: “The last right that they obtained for themselves was the privilege of being the last to starve.”

We should not dismiss the example of the Norse Greenland as irrelevant to our civilization, though it consisted only of several thousand people. The lessons in decision-making of this remote European outpost of the Middle Ages warn us to avoid clinging to formerly beneficial values and ways when time and circumstances have made these harmful in the long run.