William Lambers is an author who partnered with the UN World Food Program and Catholic Relief Services on the book Ending World Hunger. His writings have been published by the NY Times, The Hill, Baltimore Sun, Columbus Dispatch, Cincinnati Enquirer, and other news outlets. 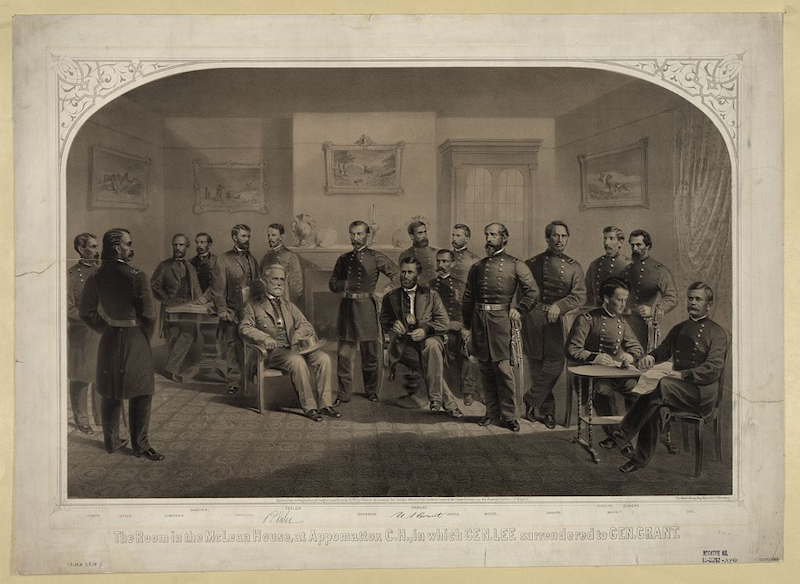 On April 9, 1865 Union General Ulysses Grant accepted the surrender of Robert E. Lee and the Confederate Army to end the Civil War. But it's also the day Grant, with an act of goodwill, started to help the South fight their silent enemy: hunger.

Grant's actions showed compassion and reason, something tragically lacking in many countries involved in civil wars today. Conflicts in South Sudan, Syria, Yemen, Central African Republic are no different than our own civil war in the sense that they have damaged agriculture and caused extreme hunger.

Millions of people are starving. These nations must end the fighting and take action to help the small farmer who is the lifeblood of their food supply.

Back in 1865 the South was struggling with food shortages, that would only get worse. When Lee met Grant at Appomattox Court House in Virginia to surrender, help for agriculture was one the issues they discussed.

Grant, as stated in his memoirs, told Lee, "I took it that most of the men in the ranks were small farmers. The whole country had been so raided by the two armies that it was doubtful whether they would be able to put in a crop to carry themselves and their families through the next winter without the aid of the horses they were then riding."

Realizing the disasters that lay ahead without the ability to farm, Grant wrote, “I would, therefore, instruct the officers I left behind to receive the paroles of his troops to let every man of the Confederate army who claimed to own a horse or mule take the animal to his home.  Lee remarked again that this would have a happy effect.”

It turns out that the South was going to need every little bit of help it could get. The war damage was bad enough for food production, but coming down the pike would be drought. This put the South under the threat of famine for the next several years. Relief efforts sprung up in the North.

John Welsh, who was heading a meeting for Southern Famine Relief in Philadelphia, said, "there comes a cry to us from a part of our own land, in the sunny South, whose plains and valleys and hillsides, who have been hitherto the abode of luxury- the cry of want- of famine!...who will not give of his store, cheerfully, whether it be much, or whether it be little."

Donations poured in to help feed the South. But much more was needed. Major General Oliver Howard wrote to Grant asking for his help getting food supplies “to prevent extreme want in the Southern and Southwestern states.”

Grant wrote to Congress urging the provision of these supplies, which were approved in early 1868.

Civil war and famine in our country are a thing of the past. But for many countries it is the horror of the present. The UN World Food Program says that 60 percent of the world's hungry live in conflict affected areas.

In South Sudan, a civil conflict has severely damaged agriculture. Jerry Farrell, of Catholic Relief Services in South Sudan, explains: “The deleterious effects have been dramatic, especially starting in August, 2016. At that time, the war extended to the 3 Equatorian states, the 'green belt' of South Sudan.   Due to climate, soil, and geography, these areas have for centuries been the highly productive agricultural belt of the nation.  However, starting the second half of 2016, farmers in these areas were not able to plant.”

South Sudan has to end the fighting, so they can get on with the difficult process of restoring agriculture. It will take years to do so. The government and opposition leaders have to come to an agreement or they will continue to leave their country at risk of famine.

As we remember the end of our own civil war, let’s not forget the many nations still living their national nightmare.  Peace talks will hopefully bring these conflicts to an end. Consideration of the farmer must be paramount in these negotiations as they were between Grant and Lee. This is the only way to prevent more famine and give nations hope for real peace.
comments powered by Disqus