David Foglesong is a professor of History at Rutgers University and author of The American Mission and the “Evil Empire.” 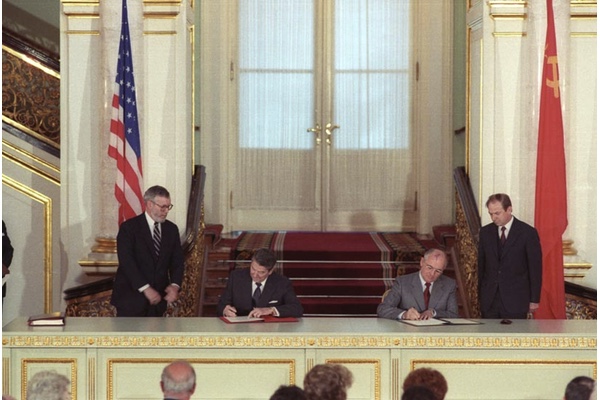 Recent news reports have presented new evidence that the Russian military provided the missile that shot down a Malaysian airliner over eastern Ukraine in 2014 and new details about the violent clash between Russian mercenaries and U.S. soldiers in eastern Syria in February this year. Those stories highlight how the “new cold war” has become as dangerous as the old Cold War was in 1983, when a Soviet fighter pilot shot down a Korean airliner and Soviet leaders believed a NATO exercise might be preparation for a first strike against the USSR. 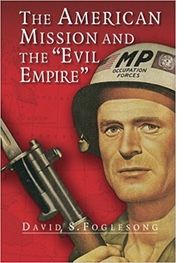 The similarity between the situation today and the conditions in 1983 does not need to deepen pessimism about the prospects for Russian-American relations, though. If we remember correctly how the Cold War ended only five years after the severe dangers in 1983, we can gain inspiration for how to begin to overcome the suspicion and antipathy of the “new cold war.”

In 1983 Ronald Reagan called the Soviet Union an “evil empire” and condemned Soviet leaders as cold-blooded, barbarous murderers for the shoot-down of Korean Airlines flight 007. Meanwhile, Soviet propagandists depicted Reagan as a maniacal warmonger driven by a primitive anticommunism to wage dirty covert wars in Central America and elsewhere. The lack of contact and communication between top leaders increased the risk of a dangerous misunderstanding of miscalculation.

Yet just five years later – on a beautiful morning in Moscow thirty years ago this week – when a reporter asked Reagan whether he still considered the Soviet Union an “evil empire,” he replied: “No, that was another time, another era.”

Those few words – and the dramatic improvement in Soviet-American relations they reflected – have important meaning for today, when American-Russian relations seem to be hopelessly mired in mutual suspicion and prominent American politicians vilify Vladimir Putin as “evil.”

Reagan’s statement in 1988 seemed to many to be the most striking moment in the days Reagan spent in Moscow – even more important than his arms reduction discussions with Mikhail Gorbachev. But commentators diverged radically in their responses.

Soviet officials hailed Reagan’s statement as a reflection of the fading away of Cold War hostility and the success of their efforts to end the mutual enmity. On the other hand, American anti-communists like William F. Buckley and Zbigniew Brzezinski rebuked Reagan, adamantly insisting that the Cold War was not over and the Soviet empire was still evil.

The story of those different responses to Reagan’s remark offers two major lessons.

First, the Soviet celebration of Reagan’s statement on May 31, 1988 should remind us that, contrary to some mythmakers, American-Soviet conflict did not end in 1991 with a defeated Soviet Union hauling down the red hammer and sickle flag over the Kremlin. Instead, the superpower arms race and geopolitical rivalry ended through a process of respectful dialogue and negotiations that focused on common interests. By the time Reagan came to Moscow in May 1988 the United States and the Soviet Union had signed and ratified a treaty to eliminate dangerously destabilizing intermediate range nuclear forces (INF) from Europe and the superpowers were on the way to more far-reaching arms reduction agreements.

The prime lesson from that experience for U.S. policy toward Russia today is that rhetorical denunciation, military pressure and economic sanctions will not by themselves bring desired breakthroughs. After fruitlessly condemning Soviet leaders in his first three years, Reagan generally reined in his rhetoric and then reaped the benefits of diplomatic engagement with Gorbachev after he came to power in 1985.

True, the challenge of matching the costly U.S. military buildup and the problem of the stagnant Soviet economy gave Gorbachev incentives to reorient Soviet policies. But the first major Soviet arms control concession – dropping the linkage of an INF treaty to curbs on Reagan’s Strategic Defense Initiative – came when Gorbachev and his aides realized that they could reach an accommodation with Reagan and separate him from implacable hardliners.

Today some members of Congress believe that piling on more sanctions, ratcheting up tensions even higher, and stigmatizing Russia – for example, by listing it as a state sponsor of terrorism – will compel Russia to change. That tactic has been tried for years and it has failed. Since the Magnitsky Act of 2012, Congress has repeatedly imposed sanctions on Russian officials but they have not made Russia more compliant with American demands. American politicians should be reminded that the most profound Soviet changes in the 1980s – withdrawing from Afghanistan, holding democratic elections, releasing control of Eastern Europe – came after the easing of tensions between Washington and Moscow.

Second, rigid Cold Warriors’ repudiation of Reagan in 1988 highlights how deeply attached many in the American establishment were to having “an opposite pole of evil” in order to affirm the virtue of the United States – a point veteran diplomat George F. Kennan made at the time. The principal lesson for today from those clinging to the conception of an “evil empire” is that we should not allow the demonization of Russia to obstruct opportunities for dialogue between top American and Russian leaders. As former Secretary of Defense William Perry has warned, the danger of a nuclear catastrophe is now even greater than it was during the Cold War. In that context it is irresponsible, as well as futile, to try to ostracize Putin as a pariah with whom America should have no contact.

Ronald Reagan began his presidency by denouncing Soviet leaders as immoral liars and cheats, but his anger at their actions around the world did not keep him from trying to engage them in negotiations to reduce dangerous tensions – even before Gorbachev came to power. For similar reasons, Russian leaders’ dishonesty about their intervention in Ukraine, their alleged interference in the U.S. election of 2016, and other misconduct should not keep the United States from engaging them in dialogue, at least to reduce the danger of miscalculation and perhaps to open the way to a gradual easing of the “new cold war.”