Mark S. Ferrara is associate professor of English at State University of New York and author of several books including New Seeds of Profit and American Community. 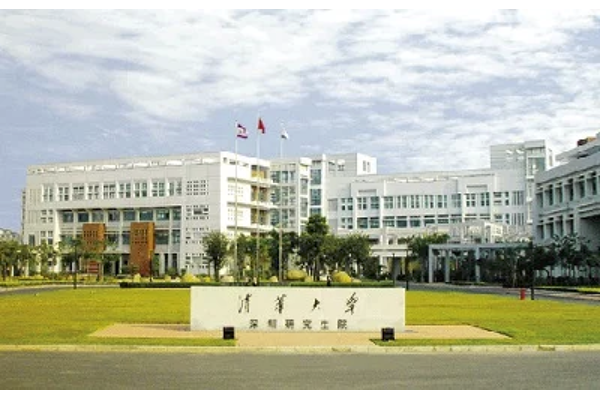 Amid the Trump administration’s destabilizing trade war with China, President Xi Jinping is determined to make his nation into an unrivaled economic and military superpower. China has taken the lead in the development of green energy, 5G networks, and artificial intelligence and robotics—and Xi’s “Belt and Road” initiative will soon link the economies of Asia and Europe by road, rail, and water.

The rise of China also poses significant challenges to American higher education. Although the U.S. remains a destination of choice for international students and scholars, China’s share of global scientific papers has increased from 6 to 18 percent from 2003 to 2013; the number of Chinese universities nearly doubled from 2005 to 2015; and eight million students graduated from Chinese institutions of higher learning in 2017 alone (a tenfold increase in a generation). As a result, twenty-two Chinese universities now rank in the top 100.

As President Trump’s nationalistic rhetoric and restrictive immigration policies have resulted in a 10 percent drop in international student enrollments on American campuses, China’s “Double First Class” plan aims to make forty-two of its universities into world-class institutions by 2050. To that end, the Thousand Talents Plan brings leading scientists, academics, and entrepreneurs to teach and research in China, and it provides financial incentives for Chinese scientists living abroad to return home. The government also doles out tens of thousands of full scholarships to attract international students from more than 170 countries.

Alarmed by ominous signs that American higher education was losing its edge, I penned Palace of Ashes (Johns Hopkins University Press) in the summer of 2014 to illustrate how the forces of globalization were helping rapidly developing Asian nations—particularly China—to transform their major universities into serious contenders for the world’s students, faculty, and resources. I stand by the central claims of that work but could not anticipate the chilling effect the subsequent formulation of “Xi Thought” would have on higher learning.

To create a culture based on “market socialism with Chinese characteristics,” Xi Jinping asserted political control over higher education in 2016 in a widely-publicized speech that put ideological and political work at the heart of university education to promote socialism. Xi also expressed a desire that Chinese colleges and universities be “guided by Marxism” to become “strongholds that adhere to Party leadership.”

As he began a second term as president in 2018, an enhanced system of monitoring faculty members by using classroom informants emerged to identify faculty members who engaged in “improper speech.” Although censorship and classroom informants have remained a persistent part of higher learning for generations, Xi Thought challenges widely held assumptions in the West that economic development would result in more social and intellectual freedom.

To encourage adherence to the core values of Chinese socialism, Xi advanced the “Chinese dream,” a vision of economic progress that will culminate in a “great renaissance of the Chinese nation.” To export that vision and to promote the country’s image as a global leader, the government funded Confucius Institutes to encourage the study of Chinese language and culture on campuses around the world.

Concerned that these institutes erode academic freedom and institutional autonomy by functioning as a propaganda arm of the Chinese government (since they often recruit and control academic staff, influence the curriculum, and restrict free debate), there has been a spate of recent closures of Confucius Institutes in the United States.

Even science is not immune from censorship in Xi’s China—a situation that has raised alarms in Hong Kong, Britain, Australia, and the United States. In my view, banning topics such as constitutional democracy, civil society, income inequality, freedom of the press, human rights, and historical critiques of the communist party from university classrooms, research seminars, and publications is regressive.

President Xi’s ambition to make China “a global leader in terms of comprehensive national strength and international influence” by 2050 is jeopardized by the ideological control of innovation, China’s slowing economy, the trade war with the U.S., and the strict regulation of information. It is also hard to imagine that heightened authoritarianism, emphasis on party ideology and socialist morality, and censorship and surveillance will contribute to the establishment of world-class research universities.

Ultimately, an emphasis on ideological agendas produces strong incentives for researchers to value the quantity of research—over its quality. By contrast, less governmental intervention in higher education might generate results more in line with Chinese aspirations. Until such a moment arrives, institutions of higher education around the world should remain wary of China’s academic model in which free inquiry plays little part.