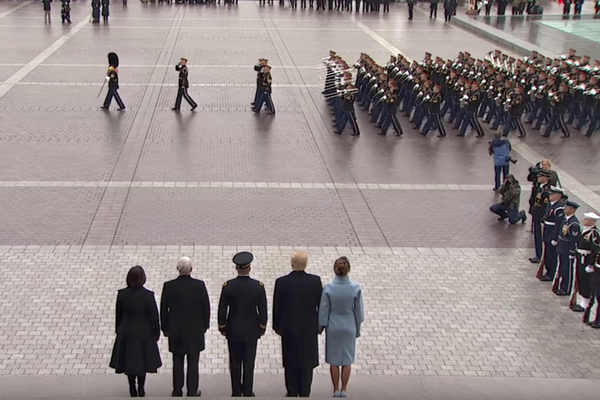 Some 45 years after the movement to impeach President Nixon, the speaker of the House of Representatives reviewed—or revised?—its history.

Ms. Pelosi (my representative in Congress) showed no sympathy for the movement to impeach President Donald Trump. She correctly stated that the House never impeached Richard Nixon. However, she incorrectly stated why the House did not impeach him:

The House proceeded with the hearings, but they never impeached because of information that came out that made it clear that they shouldn’t put the country through this process. It’s a very disruptive process to put the country through, and it’s an opportunity cost in terms of time and resources. You don’t want to go down that path unless it is unavoidable.

Actually, Nixon headed off impeachment and removal as president by resigning.

“Watergate” became a household word when leading press and broadcast media pursued that scandal. It began quietly with “a third-rate burglary” (quoting a Nixon spokesman) at Democratic headquarters in Washington’s Watergate complex in June 1972. Watergate grabbed ever more headlines and TV time, once the burglars, Nixon’s “plumbers,” got linked to his reelection campaign. Woodward and Bernstein and All the President’s Men became well-known names.

By mid 1974, the public, Congress, and courts stood quite ready to put the country through the impeachment process outlined in the Constitution.

Few Americans who followed television or newspapers could ignore the Senate Watergate Committee’s nationally televised hearings, begun in May 1973; indictment of seven Nixon aides, naming Nixon as “unindicted co-conspirator”; televised impeachment proceedings by the House Judiciary Committee, begun in May 1974; prosecutor Leon Jaworski’s subpoena for 64 tapes of White House conversations; Nixon’s transcripts (with each “expletive deleted”); and the Supreme Court’s 8–0 order to release all tapes.

In one belatedly released tape, recorded days after the burglary, Nixon and his chief of staff, H. R. Haldeman, were heard plotting to block investigations. It was “the smoking gun.”

House Judiciary approved three bipartisan articles of impeachment in late July 1974. The charges were obstruction of justice, abuse of power by misusing government agencies, and contempt of Congress by ignoring subpoenas. (A charge of illegally bombing Cambodia won no GOP votes.)

Republican leaders informed Nixon that his congressional support had nearly disappeared and, if he stayed in the White House, he would be impeached and convicted, i.e. unseated. So on August 8, 1974, he announced his resignation. The next day, Nixon became the first president ever to quit—and thereby avoided getting fired.

History notwithstanding, the Pelosi interpretation highlights a current split among House Democrats. Some welcome impeachment, alleging Trump’s obstruction of the Russia investigation, unlawful emoluments, and provocative statements. Others, most notably Speaker Pelosi, shun the process as too disruptive, eating up time and diverting representatives from important legislation. Anti-impeachers make another argument: If Trump is impeached, i.e. charged with offenses by the (Democratic-led) House of Representatives, his trial in the (Republican-led) Senate will surely end in acquittal. Trump can then say, “See? I’m innocent. The House lied.”

To the disputants, I suggest a compromise. It could help put the brakes on impending U.S. warfare.

In a national broadcast, I proposed this idea to Representative Ro Khanna (D-CA 17th in “Silicon Valley”): “If the House—or Speaker Pelosi—would let it be known that if Trump started any war, he would be impeached, it might possibly discourage him from attacking Iran or some other country.” (“The Thom Hartmann Program,” 7/8/19.)

The congressman’s response: “It’s not a bad idea actually. We have an amendment to defund any activity in Iran. So if the president then goes and attacks Iran to start an offensive war without authorization, in defiance of Congress’s spending power, I think that is the type of case for impeachment that the Founders envisioned. I think it’s worth considering.”

Good for him, although frankly I had in mind Congress’s constitutional war power (Article I, Section 8, paragraph 11), rather than its spending power (Article I, Section 8, paragraph 1), and any new war, not just with Iran. As for that amendment, to the National Defense Authorization Act, by Rep. Khanna and Rep. Matt Gaetz (R-FL 1st), it passed the House July 11 and awaits Senate action.

Later it occurred to me that employing any weapon from our nuclear arsenal was an especially grave offense. It would not only violate international law but also jeopardize human survival.

So under the compromise proposed here, the House of Representatives sets aside impeachment as long as U.S. forces don’t engage a new enemy or use a nuclear weapon. But the House resolves that if either event takes place, it will be treated as an impeachable high crime.

Is there reason to suspect that Trump would start a war or drop a nuke? Yes! John Bolton, his national security adviser—who persuaded Bush Jr. to attack Iraq in 2003—has long urged  against Iran. [The sudden end of Bolton's job was announced 9/10/19.] Sanctions and provocations harass both Iran and Venezuela (both oil producers, like Iraq). And Trump, up for reelection, sees political advantage in a presidential war, judging from his tweets. In 2011 he wrote, “In order to get elected, Barack Obama will start a war with Iran.” Trump repeated the prediction twice in 2012.

Now let’s look at his martial record as president.

In 2013, citizen Trump repeatedly warned against attacking Syria. But in April 2017, President Trump shot 59 cruise missiles at a Syrian airfield, also striking a nearby village. Nine civilians, including five children, and seven military men were reported killed. By committing sixteen homicides, Trump supposedly punished Syria for using a chemical weapon, though lacking authority to act as judge and executioner and lacking evidence that Syria even possessed the weapon.

He had usurped Congress’s exclusive power to initiate war. Yet Rep. Pelosi, then House minority leader, called the attack “a proportional response.”

U.S. forces under Trump have also battled in Yemen and aided Saudi bombings of the Yemeni people even after Congress voted to end support. Secret Trump operations in African lands came to light in October 2017 when four U.S. soldiers were killed in Niger. And in a continuation of the undeclared war on Mideast “terrorists” that Bush Jr. and Obama waged earlier, civilian deaths have soared under Trump.

Although condemning others’ chemical weapons, he permits use of the flesh-burning white phosphorous. In Afghanistan in April 2017, the MOAB (massive ordnance air blast), largest non-nuclear bomb in the U.S. arsenal, with a mile-wide blast radius, was detonated for the first time, without concern for civilian safety.

Trump could justifiably be impeached for treaty violations. (That could have been said of every president since FDR). The Hague Convention Respecting the Laws and Customs of War (signed 1907, ratified 1908) forbids signatories to attack or bombard communities, dwellings, or buildings that are undefended; to employ poison or poisoned weapons; to kill or wound treacherously; to deny a foe quarter; or to employ arms, projectiles, or material causing unnecessary suffering.

Attacks on Afghanistan, Iraq, Somalia, Syria, Yemen, etc. violate the Pact of Paris, or the Kellogg-Briand Peace Pact, signed in 1928 (under President Coolidge). Still in effect, it condemns war for solving international controversies, renounces war as an instrument of national policy, and vows to seek settlement of disputes or conflicts only by pacific means. Nazi and Japanese war crimes defendants were charged with violating the pact by aggressive war.

Latter-day aggression also breaches the United Nations Charter, adopted in 1945 in San Francisco. Article 2 requires all members to settle their international disputes by peaceful means and refrain from threatening or using force against any state’s territorial integrity or political independence. Parties to any dispute that might bring war must, first of all, seek a peaceful solution; seven methods are suggested. The North Atlantic Treaty of 1949 (the basis for NATO) echoes the UN mandate to settle quarrels among nations peacefully.

Trump’s reaction to pesky treaties is to scuttle them. In early August, he declared the U.S. out of the Intermediate-range Nuclear Forces Treaty (INF), signed in 1987 by President Ronald Reagan and Mikhail Gorbachev and approved by the Senate 93-5 in 1988. It permitted Russia and the U.S. mutual inspection and eliminated nearly 2,700 missiles that could have sent about 4,000 nuclear warheads to kill millions.

Trump treats nuclear weapons nonchalantly. He considers allowing commanders “battlefield nukes,” each possessing the power of the Hiroshima bomb. He suggested giving A-bombs to Japan—the only nation hit by those weapons. He continued (and took credit for) Obama’s trillion-dollar plan to “modernize” the nuclear arsenal, saying, “Let it be an arms race.” And he reportedly asked, “If we have them, why don’t we use them?” Answer: because a nuclear war could obliterate human life.

It takes a two-thirds vote of the Senate to adopt a treaty, so Trump’s one-man undoing of INF should raise a red flag. Although the Constitution does not expressly mention the termination of treaties or statutes, note these facts: Article 6 makes treaties federal law. Under Article 2, a president must enforce the laws. Repeal of a law requires another law and, by Article 1, only Congress legislates. Thus presidential repeal is unconstitutional. (For more details, see www.warandlaw.org, specifically “President’s right to exit arms treaty disputed…” and “Executive assault on treaties perils peace and Constitution.”)